Every kid in high school learning guitar to get a girlfriend was actually right. 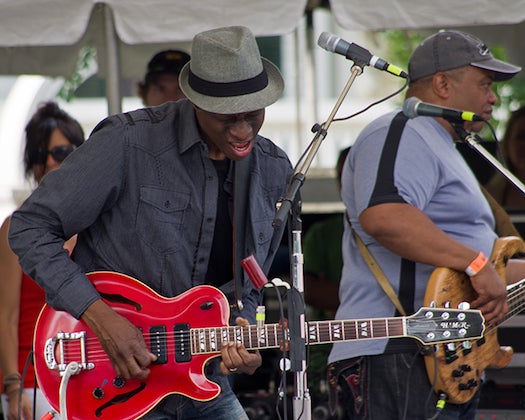 Single dudes: Are you holding a guitar at this moment? If not, you are not reaching your Maximum Attractiveness Potential, according to two (2) recently published studies.

A French study that was just published suggests women are more attracted to a guy hefting around a guitar, and that supports another study published in Israel last year.

This experiment tested the assumption that music plays a role in sexual selection. Three hundred young women were solicited in the street for their phone number by a young male confederate who held either a guitar case or a sports bag in his hands or had no bag at all. Results showed that holding a guitar case was associated with greater compliance to the request, thus suggesting that musical practice is associated with sexual selection.

In the study out of Israel, researchers had a Facebook profile with a photo of a man send friend requests to 100 single female students at Tel Aviv University and Ben Gurion University. Half the time, the profile featured a boring non-guitar guy, and half the time the profile had a dude strumming a guitar. Only five out of 50 accepted the request from the guitar-less profile, but 14 out of 50 responded positively to the profile with the guitar.

Note: you don’t actually need to play the guitar, apparently. Just carry it around with you and wait for the ladies to hurl their numbers at you.