FYI: What Is Hikikomori?

Stories of this mental illness, culturally specific to Japan, make their way to Western shores. 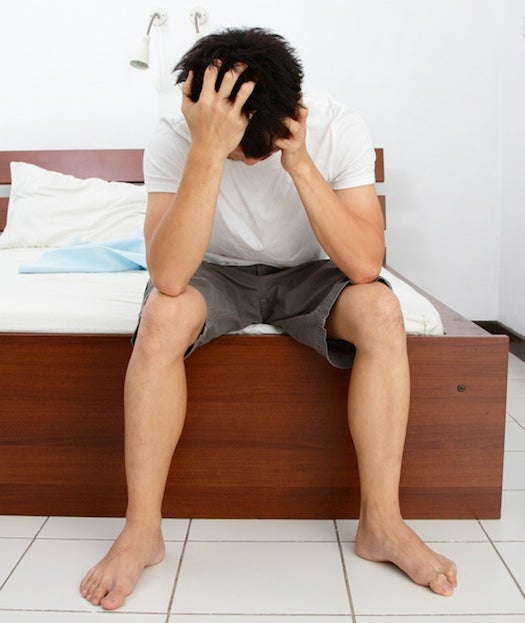 adults who don't leave home for at least six months at a time. Dreamstime
SHARE

Parental pressure takes all kinds of shapes. My own parents would have loved if I’d chosen to be a computer programmer at a big company instead of a freelance writer. (But I know you guys love me no matter what! XOXO) Matsu’s artist father, on the other hand, didn’t want him to become a Japanese corporate “salaryman.”

“My father said: ‘In the future there won’t be a society like that,'” Matsu, who lives in Japan, told the BBC. He and his parents had a falling out and soon after, he withdrew, rarely leaving his house and losing his social skills.

He became one of Japan’s hikikomori, a psychiatric as well as a colloquial term that refers to an adult who withdraws to his or her house or bedroom and doesn’t leave for at least six months. Some don’t leave for more than a decade. Sufferers want to get jobs and make friends, but are paralyzed by social fears, hikikomori researcher Tamaki Saito told the BBC. It seems to be a culturally specific mental illness that happens mostly to single men in Japan, with cases possible in South Korea, Taiwan and Italy.

Japan has certainly been aware of the phenomenon for a while, but in the past few years, it’s made its way into English-speaking media, too. The BBC and The New York Times have written fascinating long stories about it. Here’s a primer on the basics:

How does this work? How do sufferers eat?

Many hikikomori sufferers live with their parents, who may make them food and provide other basics. They may also go out to buy food at convenience stores in lieu of depending on mom’s cooking.

So it’s not like they never leave their rooms at all?

Some may share meals with their families in the dining room, or go out to buy necessities. Others may depend on online shopping to minimize their trips outside.

How many hikikomori sufferers are there in Japan?

It seems difficult to get good numbers, but estimates range from 200,000 to 1 million. Japan has a population of about 128 million.

They tend to come from middle class families, many of whom are able and willing to support an adult child at home. The majority are men, but experts say hikikomori women may be undercounted.

What cultural factors contribute to hikikomori?

This is the interesting part. Saito, who defined hikikomori after seeing a number of patients come in with these strange symptoms, thinks it’s a “family and social disease,” The New York Times reports.

Saito first began seeing cases in the mid-1980s. Since then, the Japanese economy has declined dramatically, yet there’s still a lot of societal pressure for young adults to get started on a career. There’s not much sympathy for those who struggle to find a job or to conform to their parents’ and society’s expectations. One father told The New York Times that his daughter seemed to think it was better to stay out of sight altogether when she couldn’t find a job she wanted.

In contrast, many European and American cultures are okay with young adults taking a gap year to explore, or have existing countercultures for people to join if they find their families’ expectations don’t match their desires.

Yes, although many never get treatment or go back to their old lifestyle after treatment. The New York Times highlights one program and one fairly successful enrollee. The BBC talks about parents hiring professionals to forcibly bust into their children’s rooms.