Duck-billed dinosaurs had the same bone tumors as people

There’s a lot we can learn from dinosaur diseases. 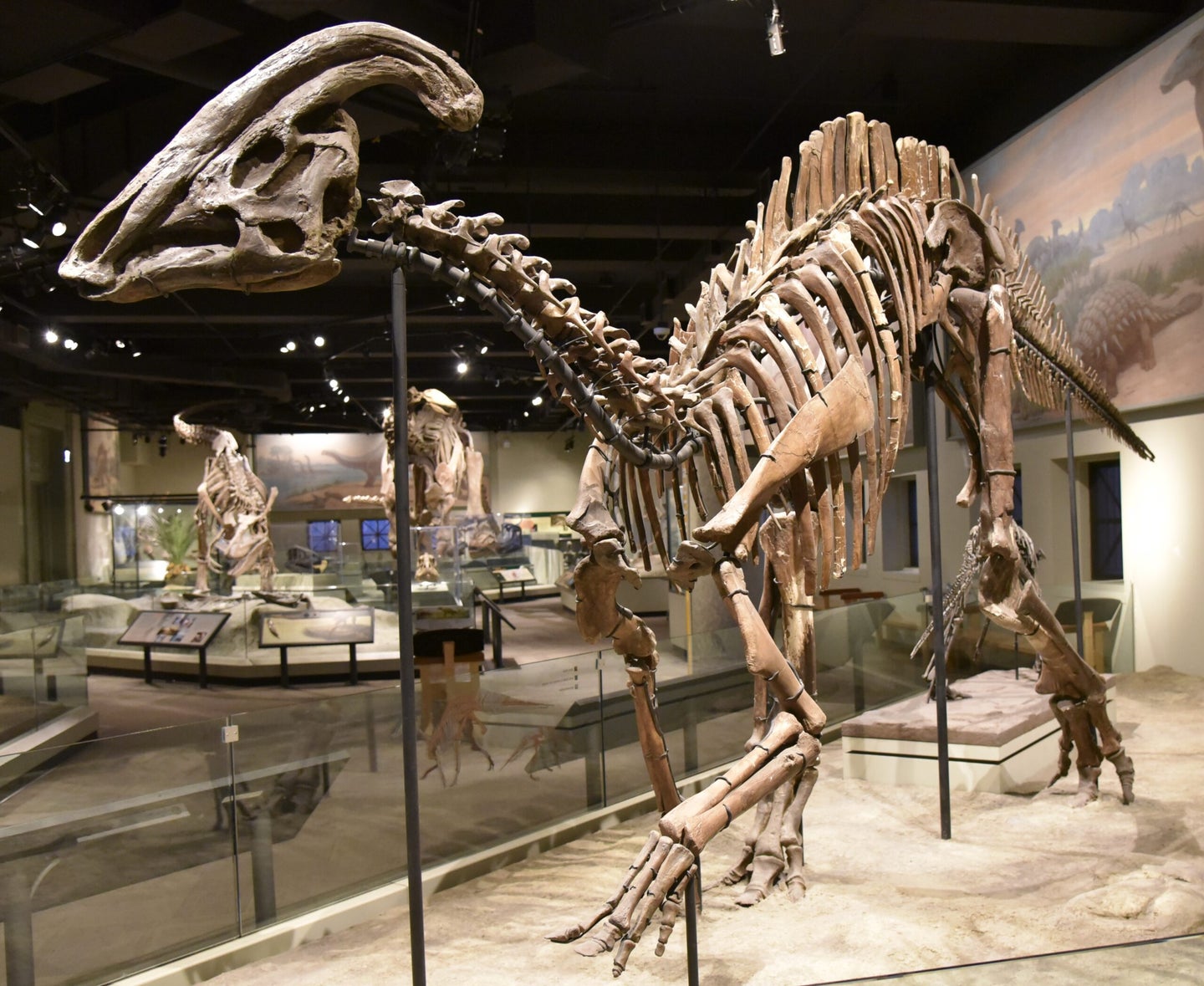 Studying the fossilized traces of diseases in dinosaurs can help researchers better understand how these maladies have changed over time. Wikimedia Commons
SHARE

Scientists have identified the oldest-known case of a unique kind of cancer in the tailbones of a duck-billed dinosaur. The abnormalities preserved in the ancient reptile’s bones match those seen in people today who are afflicted with this rare disease, the researchers announced February 10 in Scientific Reports.

Studying the fossilized traces of diseases in dinosaurs can shed light on how long certain maladies have existed and how they have changed over time, says Bruce Rothschild, a vertebrate paleontologist at the Carnegie Museum of Natural History in Pittsburgh and coauthor of the new study.

“This is not the first tumor that has been discovered in dinosaurs, but it’s the first of this particular variety,” he says. “When they occur in the dinosaurs, they don’t look any different than they do in us.”

Diagnosing illness in dinosaurs isn’t easy. Most of their soft tissue rotted away millions of years ago and the skeletons that remain are often incomplete. Still, paleontologists have been able to identify an impressive array of ailments, from gout to arthritis and cancer. The duck-billed dinosaurs, or hadrosaurs, seemed to be particularly prone to tumors for reasons that remain a mystery, Rothschild says. These herbivorous dinosaurs lived in large herds during the late Cretaceous and could grow to more than 30 feet long and weigh several tons.

Hadrosaur fossils have been found around the world but are particularly common in Alberta, Canada. When Rothschild examined fossils his colleague Darren Tanke, of the Royal Tyrrell Museum of Palaeontology in Alberta, had collected from this region, he noticed two vertebrae from a juvenile hadrosaur that bore distinctive signs of disease.

“This particular specimen had some features very different from what we had previously seen in dinosaurs,” Rothschild says. Within the hadrosaur bones were cavities that had an odd, meandering border reminiscent of those seen in people with a disease called Langerhans Cell Histiocytosis (LCH). “There’s very little else that does that, so it’s pretty characteristic.”

LCH is most commonly seen in children and causes immune cells to build up and form benign—but often painful—tumors in the skull, spine, other bones, or occasionally other parts of the body. When Rothschild and his colleagues examined the dinosaur bones under the microscope, they observed that the cavities had wrinkled bases that are unique to this rare disease.

The researchers then used a technique called micro-CT scanning to create virtual 3D reconstructions of the tumors. The team compared the dinosaur bones with vertebrae from people who had been diagnosed with LCH while alive, and found that the ancient reptilian tumors were “indistinguishable” from human ones. This means LHC has been afflicting the animal kingdom for more than 60 million years.

Investigating how dinosaur’s bodies were altered by disease can also give paleontologists a window into how they coped with adversity and how they survived despite challenges. Fossils might provide evidence about how often a dinosaur needed to eat and if it could wait to recover from an injury before hunting, Rothschild says, or whether a sick dinosaur could have survived with help from its pack-mates.

“When you look at dinosaurs, you recognize that they suffered the same types of problems [as humans].” Their resilience, he says, is quite impressive.