Are We Running Out Of Scientific Geniuses?

In the latest issue of Nature, Dean Keith Simonton argues that modern science is just building on what's already known, rather than upending what we think we know. 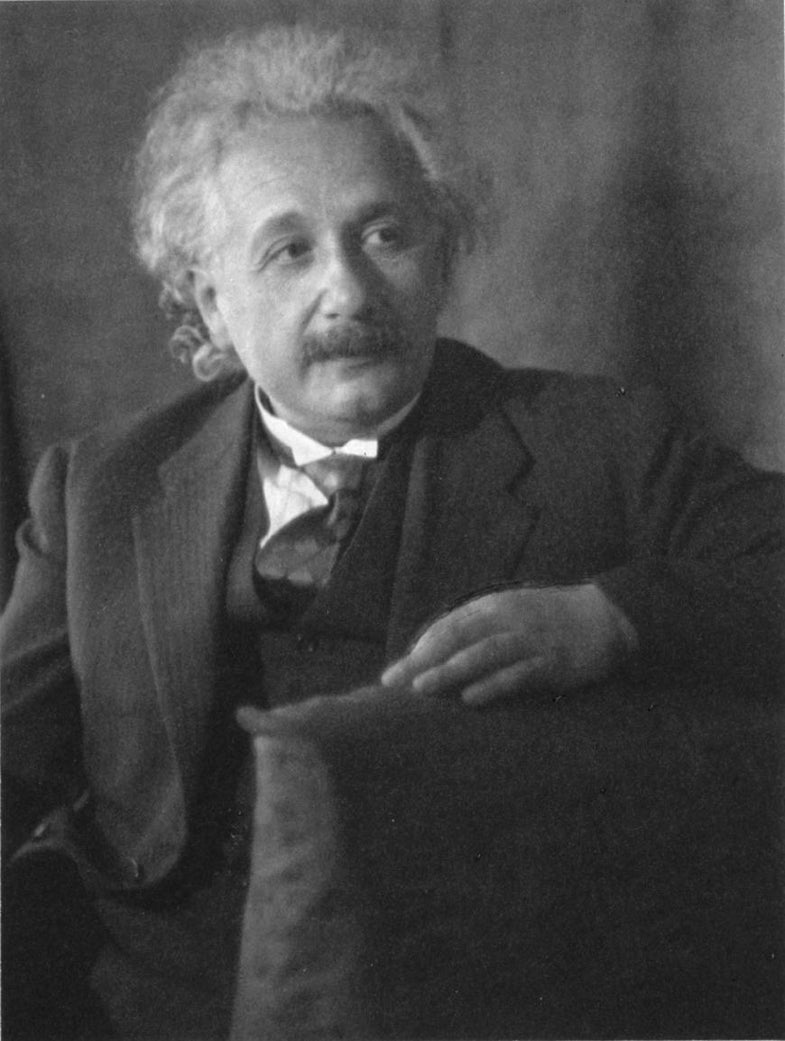 Is the world clear out of geniuses? Will we ever have another Copernicus, another Darwin, another Einstein to shatter the foundations of our beliefs? Perhaps not, says a man who ought to know.

Dean Keith Simonton, professor of psychology at the University of California-Davis, has dedicated the better part of his career to studying geniuses–people who possess what he calls the highest level of scientific creativity. He thinks they may very well have ceased to exist. It may be that they have been rendered impossible, simply because of the way science works anymore.

Other psychologists and even geneticists have argued that modern society is short on astoundingly intelligent members. Pick your reason, from genetic mutations to lack of education access to politics. But Simonton is talking about more than just smarts. A true genius, that rare member of society, is a real paradigm-shatterer, a Renaissance human who can completely alter the way we understand the world. Geniuses are people who come up with “surprising ideas that are not a mere extension of what is already known,” Simonton said in an email interview with PopSci. “There are personality and cognitive traits associated with the ability to do that, but that’s another issue.”

A historical tour through the scientific revolution contains many people who fit this definition. In a new commentary in the journal Nature, Simonton calls out Albert Einstein, Nicolaus Copernicus, Charles Darwin, Galileo Galilei and Isaac Newton, among others who really only need be referenced by one name. Each man (and woman–he includes Marie Curie, too) totally upended entire fields of research, or created entirely new ones. That doesn’t really happen anymore, Simonton argues.

“When was the last time that someone forced us to rewrite the textbooks in some domain? Or even create an entirely new domain from scratch? Can you think of anybody since DNA?” he said.

Stephen Hawking? “I’m not so sure by my definition. Just a highly creative scientist,” he replied. 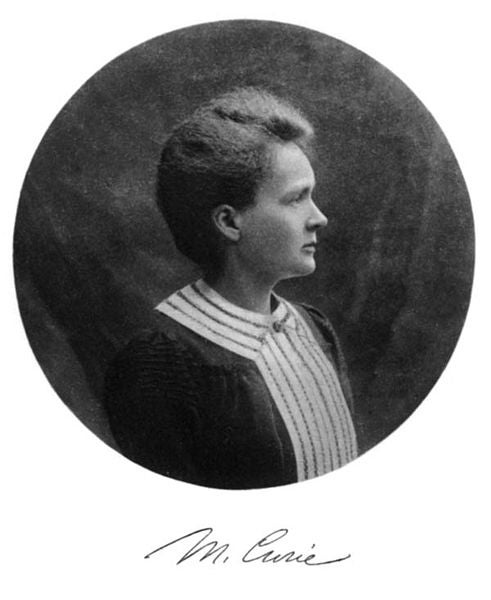 She is still the only person to ever win two Nobel Prizes in different sciences.

So let’s agree we are bereft of modern geniuses. Why? People are not dumber as a whole–at least Simonton is not arguing that–and certainly scientists have high IQs. If anything, he allows, they probably have more raw intelligence than people like Copernicus, because they have to gain so much more experience and knowledge to even become proficient in their fields.

Are there any great unresolved crises left? “Once you didn’t need to go to college to become a great scientist. Then you needed college but not grad school. Then grad school but not a postdoc. Etc.,” Simonton said. “As you lengthen the required training, you narrow the base of expertise. It’s becoming increasingly difficult to become a polymath beyond the sense of a ‘know it all.'”

The biggest and most fundamental problems, like Does Earth Orbit The Sun, and What Is The Relationship Between Matter And Energy, and What Are The Building Blocks Of Life, have been solved. Every new advancement is just fitting in a piece in a larger puzzle, Simonton argues. The people who will do this are still laudatory individuals: Simonton compares them to Olympians.

“Just as athletes can win an Olympic gold medal by beating the world record only by a fraction of a second, scientists can continue to receive Nobel prizes for improving the explanatory breadth of theories or the preciseness of measurements,” he writes in Nature.

But the larger point is that the next great leaps in research are hybrids of the classic disciplines, Simonton points out. In the last century, we’ve gained astrobiology, astrophysics, biochemistry, and the like. “When two disciplines hybridize now, the result builds upon the work in the two disciplines. That wasn’t always true,” he told PopSci. “The new science would completely revolutionize one or both disciplines. Like Galileo’s telescopic astronomy.”

Simonton quotes Thomas Kuhn, a philosopher of science who gave us the term “paradigm shift” and who defines scientific revolutions thusly: “A discipline within the physical and biological sciences should not even be receptive to a paradigm shift unless the discipline is in a state of crisis, produced by the accumulation of critical findings that continue to resist explanation.”

Are there any great unresolved crises in the major disciplines? For biology, maybe it’s the origin of life: What’s the spark that coaxed chains of amino acids to form proteins that eventually comprised cells that replicate? That’s one that needs solving. In physics, maybe it’s the inability to unite gravity with the three other forces of nature–that’s a major problem, Simonton agreed.

“It may very well be that the only way to integrate the four forces of nature is to rebuild physics from the ground up. That would take a major revolution,” he said.

“It takes only one new scientific genius to prove me wrong,” he wrote. 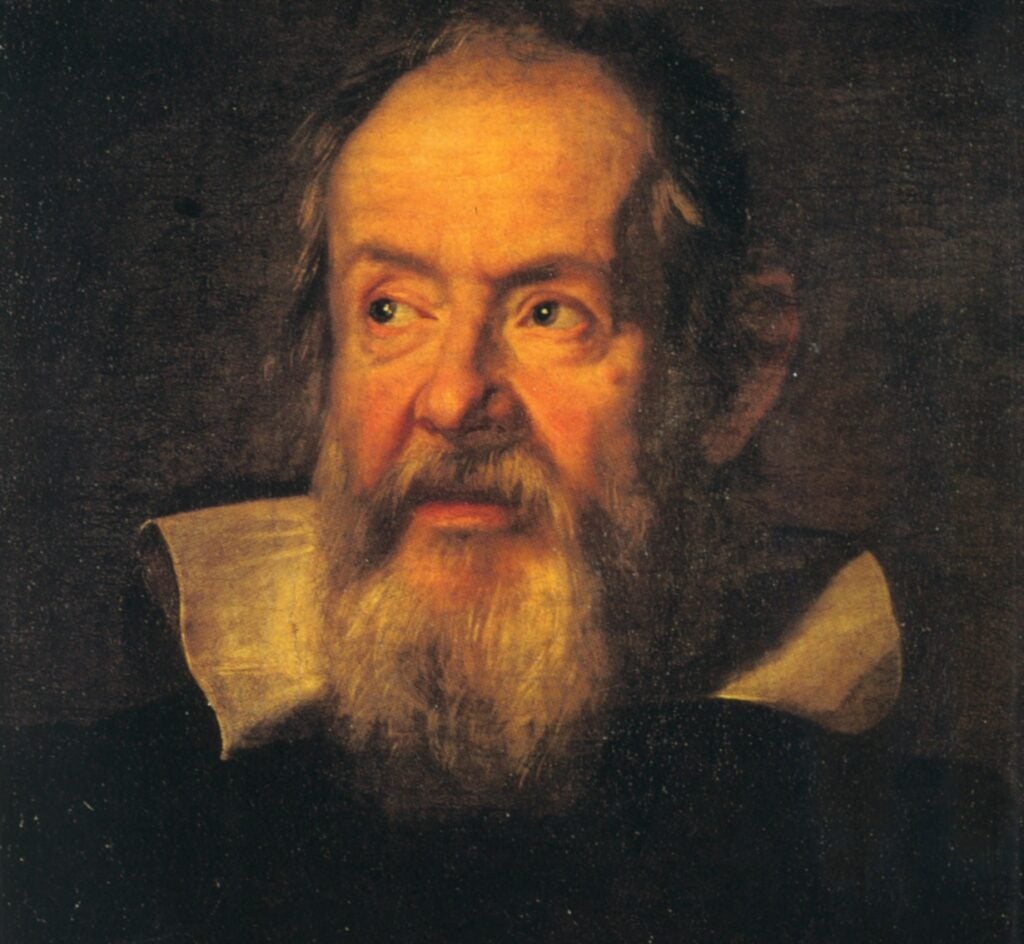