Our Favorite Science And Technology Reads From 2013

The best long-form stuff we read this year 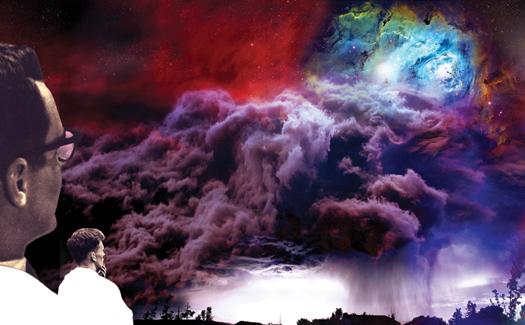 It was a great year in reading, but no one could’ve caught all of the amazing science and technology stories. So we’ve rounded up a few–from Popular Science, as well as plenty of other places–and placed them here for your convenience. Enjoy, and feel free to add some in the comments.

The Mind Of A Con Man

Diederik Stapel was a respected professor, until it was discovered that he’d fabricated much of his work. This is the story of how he got there.

“After he got home that night, he confessed to his wife. A week later, the university suspended him from his job and held a news conference to announce his fraud. It became the lead story in the Netherlands and would dominate headlines for months. Overnight, Stapel went from being a respected professor to perhaps the biggest con man in academic science.”

Dr. Oz is not only perhaps the best-known doctor in America, but also has an impressive academic and professional pedigree. So why does so much of what he says sound like bunk?

“Oz has become used to crowds, to adulation, and to fame. That morning, when he arrived in darkness, hundreds of people, mostly women, already stood in line at the entrance to the hospital; many lacked insurance, a doctor, or medical support of any kind. There were screams of delight when he hopped out of the car. People had come for the free exam and for helpful advice, but also to see him.”

Inside the quest to save the sharks, with help from homemade tracking systems.

“‘He got cut up pretty bad wrangling the second tiger.’

Pretty bad, it turns out, means 15 stitches in his finger and blood everywhere. When I see Hammerschlag on the research vessel, he is wearing a large bandage and looks concerned. ‘Please don’t make a big deal out of my cut,’ he says. ‘I grazed my finger on a tooth. It wasn’t an attack.'”

Must Cats Die So Birds Can Live?

A look at the incredibly heated debate between two breeds of animal lover.

” ‘That is, if you’ll pardon my French, complete bullshit,’ says Ed Clark, Virginia accent booming across the Upper East Side bistro he’s stopped at on the way to Greenwich, where he’s giving a talk to donors to the Wildlife Center of Virginia, the animal hospital at which he sees, on average, 250 cat-inflicted injuries a year. ‘Have you ever seen a cat kill a bird?’ he asks. ‘They slice ’em right down the middle.’ He traces a line up his stomach. ‘Whoosh.’ “

The Man Who Would Teach Machines to Think

A profile of Pulitzer Prize-winning author Douglas Hofstadter, whose ideas on artificial intelligence have fallen out of favor in recent years. But then again, it’s possible he was right all along.

“Hofstadter’s account of computer programs that weren’t just capable but creative, his road map for uncovering the ‘secret software structures in our minds,’ launched an entire generation of eager young students into AI.

But then AI changed, and Hofstadter didn’t change with it, and for that he all but disappeared.”

“His boss had the wheel. Roland Boucher was an older, heavy-set man with pale white skin and ruddy cheeks. A mess of electronics sat between the dashboard and front seat, with tubes connecting to a black box the size of a lunchbox. Just a few metres below them, encased in the soil, streets and yards of Massachusetts, natural gas mains and smaller service lines spread out like the bronchioles of a human lung. As his map flapped in the road-wind, Ackley focused on the instruments and tried to spot a leak.”

“For centuries, anatomists around the globe struggled to find an adequate supply of bodies. The need was keen—without corpses, there could be no dissection for research and medical training. … That changed as the Nazi courts ordered dozens and then hundreds of civilian executions each year, for an estimated total of 12,000 to 16,000 from 1933 to 1945. (The 6 million who were killed in concentration camps are counted separately, as are the many millions more who were otherwise mass-murdered.) Plötzensee and other prisons delivered to anatomists a sudden abundance. In the mid-1930s, British anatomists described with envy the “valuable sources of material” their German counterparts had.”

The Chemistry Of Kibble

Why pet food is a billion-dollar science.

The Wall Street Journal uncovers documents showing lobotomies were performed on U.S. soldiers. They also uncover one of the soldiers.

“The VA’s practice, described in depth here for the first time, sometimes brought veterans relief from their inner demons. Often, however, the surgery left them little more than overgrown children, unable to care for themselves. Many suffered seizures, amnesia and loss of motor skills. Some died from the operation itself.”

The story of Carmen Tarleton, the recipient of a face transplant, and the incredible doctors who made it possible

“Less than 24 hours later, at 5AM on February 14th, 2013, Carmen Tarleton was wheeled into an operating room at Brigham and Women’s Hospital in Boston, MA, for an experimental procedure that would replace her own scarred, mangled face with that of recently deceased 56-year-old Cheryl Denelli-Righter. If the surgeons succeeded, Tarleton would become just the seventh American patient to undergo a risky, experimental procedure known as a face transplant.”

Why Doctors Can’t Give You LSD (But Maybe They Should)

“Despite some promising results from trials of psychedelics in treating alcoholism, psychiatric conditions and modeling mental illness, by the early ’70s, the government had tightened control of Schedule I substances, even for research. It’s only now that we’re starting to return to the notion that these drugs could be medicine.”

On the unexpected hurdle to space travel.

“Meaningful exploration of the solar system has been pushed to a cliff’s edge. One ambitious space mission could deplete remaining plutonium stockpiles, and any hiccup in a future supply chain could undermine future missions.”

There’s an underground, unregulated, unsanctioned adoption program lurking on the internet. Here’s a deep dive into it.

“Reuters analyzed 5,029 posts from a five-year period on one Internet message board, a Yahoo group. On average, a child was advertised for re-homing there once a week. Most of the children ranged in age from 6 to 14 and had been adopted from abroad – from countries such as Russia and China, Ethiopia and Ukraine. The youngest was 10 months old.”

Novelist Jonathan Franzen on the slaughter of songbirds.

“February 2012 brought eastern Europe its coldest weather in 50 years. Geese that normally winter in the Danube Valley flew south to escape it, and some 50,000 of them descended on the plains of Albania, starving and exhausted. Every one of them was exterminated.”

“I asked what was going on. He said: ‘You’re flagged. You have a threat score that is off the Richter scale. You are at 400 out of 400.’ I said, ‘Is this a scoring system that works throughout all of Europe, or is this an American scoring system?’ He said. ‘No, this is your government that has this and has told us to stop you.’”

How to prevent America’s next train crash.

“Seven hours later, a second Norfolk Southern freight train—two locomotives, 25 loaded cars, and 17 empties—approached Graniteville at 49 miles an hour. The engineer expected to pass through at full speed. Instead, the open switch shot him onto the siding. He saw the parked train and tried to stop, but it was hopeless. Both locomotives and the first 16 cars of his train derailed; the engineer was killed. Three of the cars contained chlorine, a common industrial chemical; one of them sheared open.”

All My Exes Live In Texts

Why breakin’ up is hard to do in the modern age.

“I carry the population of a metaphorical Texas in a cell phone on my person at all times. Etiquette can’t keep up with us—not that we would honor it anyway—so ex relationships run on lust and impulse and nosiness and envy alternating with fantasy. It’s a dozen soap operas playing at the same time on a dozen different screens, and you are the star of them all. It’s both as thrilling and as sickening as it sounds.”

Sorting the good from the quackery in traditional Chinese medicine.

“The combination of traditional medicine and hospital setting, of pseudoscience and life-saving treatment, might seem strange. But in modern China, traditional Chinese medicine (TCM) is not the realm of private enthusiasts, spiritual advisers or folk healers. It’s been institutionalised, incorporated into the state medical system, given full backing in universities, and is administered by the state.”

On knowing how things will play out.

“Of course, doctors don’t want to die; they want to live. But they know enough about modern medicine to know its limits. And they know enough about death to know what all people fear most: dying in pain and dying alone. They’ve talked about this with their families. They want to be sure, when the time comes, that no heroic measures will happen—that they will never experience, during their last moments on earth, someone breaking their ribs in an attempt to resuscitate them with CPR (that’s what happens if CPR is done right).”

How the F-35 Joint Strike Fighter actually made us less safe.

“Which means that arguably the worst new jet fighter in the world, which one Australian military analyst-turned-politician claimed would be ‘clubbed like baby seals’ in combat, could soon also be America’s only new jet fighter.”

On Eating Roadkill, The Most Ethical Meat

Guilt-free eating on the roadside.

“It is the perfect meat for vegetarians and vegans, too, provided their objections to meat are its murder or its environmental implications and not because it’s icky-gross. The animal was not raised for meat, it was not killed for meat; it is just simply and accidentally meat — manna from minivans.”

Can science build a bomb detector that’s better than dogs?

“Suge is an adolescent black Labrador retriever in an orange DO NOT PET vest. He is currently a pupil at Auburn University’s Canine Detection Research Institute and comes to the mall once a week to practice for his future job: protecting America from terrorists by sniffing the air with extreme prejudice.”