Hong Kong scientists claim to have proved that a single photon cannot travel faster than the speed of light in... 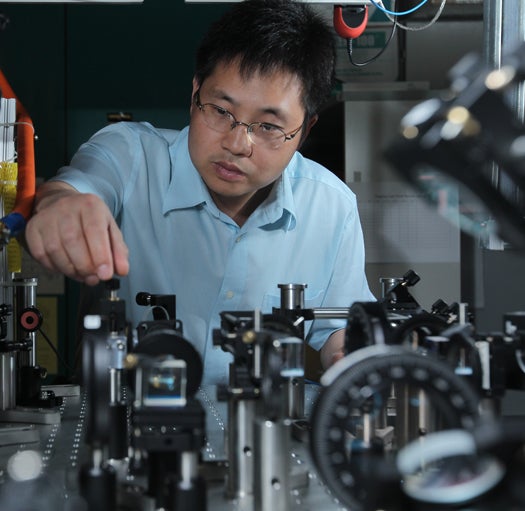 Hong Kong scientists claim to have proved that a single photon cannot travel faster than the speed of light in a vacuum, making time travel seemingly impossible.

These findings are consistent with Einstein’s claim that the speed of light is the “traffic law of the universe” or, otherwise put, that nothing can travel faster than light. Of course, humanity’s dream of time travel has long relied on the hope that Einstein was wrong. We got a glimmer of hope back in 1999 when scientists found superluminal (faster-than-light) propagation of optical pulses in some specific medium, the team said. Unfortunately, this was later revealed to be a visual effect, and the photons involved couldn’t actually transmit information.

Since then, there has been a debate surrounding whether or not a single photon might actually be able to travel faster than the speed of light. This experiment, conducted by a team at the Hong Kong University of Science and Technology and led by Professor Shengwang Du, measured the ultimate speed of a photon using controllable waveforms. An explanation, from the press release:

“HKUST’s team used a demonstration which required not only producing single photons, but separating the optical precursor, which is the wave-like propagation at the front of an optical pulse, from the rest of the photon wave packet. To do so, Prof Du’s team generated a pair of photons, and then passed one of them through a group of laser-cooled rubidium atoms with an effect called electromagnetically induced transparency (EIT). For the first time, they successfully observed optical precursors of a single photon.

What that means for us: probably no time travel. Du says their results “confirm the upper bound on how fast information travels with light. By showing that single photons cannot travel faster than the speed of light, our results bring a closure to the debate on the true speed of information carried by a single photon.” That indicates, in turn, that time travel is not possible, and that decades of beloved science fiction may not be entirely based on fact.