The World’s First Transgenic, ‘Handmade’ Cloned Sheep is Alive and Well in China 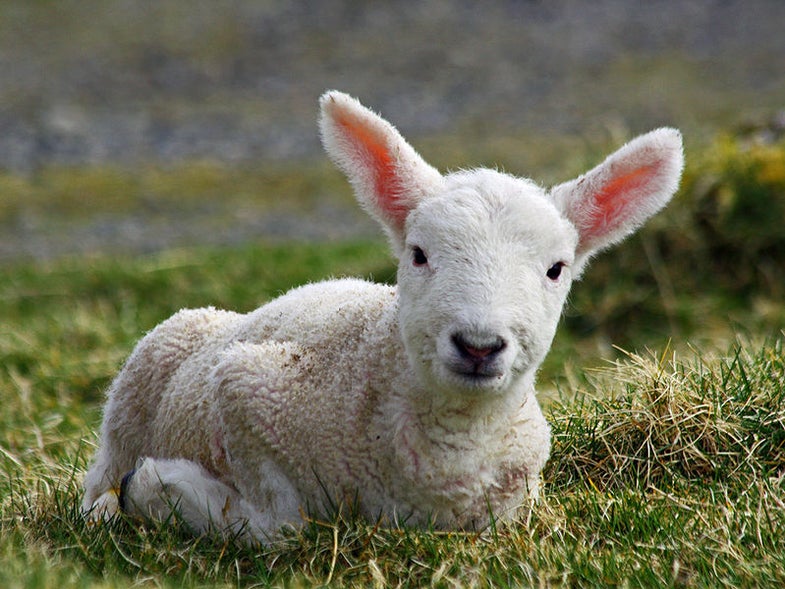 The world’s first transgenic sheep produced via a simplified cloning technique, known as handmade cloning (seriously), is here. Peng Peng, named for the two principal scientists doing the cloning (who happen to have the same name), was successfully delivered back on March 26 and is developing so well that researchers have deemed him ready for the spotlight.

Peng Peng was more than two years in the making. Chinese researchers BGI Ark Biotechnology working with the Chinese Academy of Sciences and Shihezi University were working in some adverse conditions in China’s Xinjiang Uygur Autonomous Region, where climate and laboratory conditions were not ideal for conventional cloning. So they opted for a simplified method of cloning, known as handmade cloning (or HMC), that requires fewer sophisticated lab implements and simplified procedures.

The donor cells were collected from Chinese Merino sheep back in 2009, and a transgenic cell line was established. It took several tries, but in October of last year a successful procedure for HMC sheep cloning was developed. From that point, Peng Peng was the next step.

HMC was first introduced in 2001, so the procedure itself is nothing new. Success with the procedure, however, is both new and proliferating. Successful clones have been previously made with cows, goats, pigs, and water buffalo, and with Peng Peng the world has its first HMC sheep. Which means two things. For one, scientists are getting better at this technique of animal cloning. And secondly: We’re likely going to see more of this going forward.