The Science And Troubling Ethics Of Gene Therapy

A new feature in Wired highlights scientific advances that may make gene therapy much safer and more widespread. But it's important to check whether the regulation of clinical trials has advanced equally well. 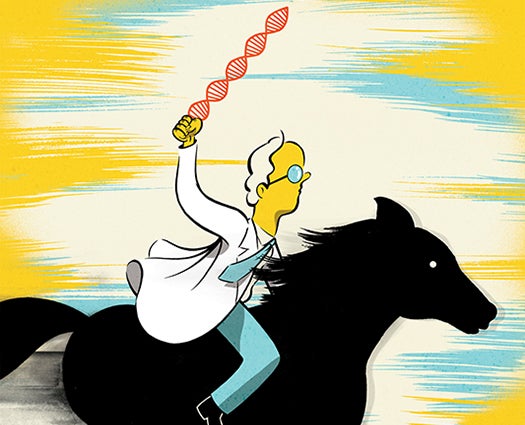 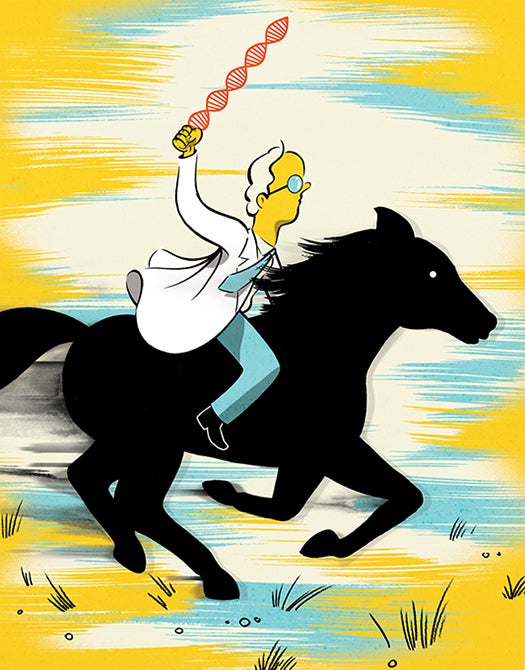 Science Runs Free With Our DNA

Why is progress on gene therapy—the treatment of genetic disorders by giving sick people doses of the healthy genes they lack—so slow? In part, it’s because an 18-year-old named Jesse Gelsinger died in 1999 after he received an experimental therapy. In a recent feature, Wired talks with the man who ran the experiment that killed Gelsinger: James Wilson, a gene therapy researcher at the University of Pennsylvania.

Since Gelsinger’s death, Wilson has worked to develop safer gene therapies. The therapy Gelsinger took had relied on an andenovirus to carry a healthy outside gene into his own cells. Adenoviruses are able to zip their genetic loads efficiently into human cells, but Gelsinger’s body mounted a devastating immune reaction to the adenovirus. So Wilson has been working on turning adeno-associated viruses, which don’t kick off the human immune system as strongly, into gene vectors.

The FDA found Wilson had violated many of his obligations as the leader of a clinical trial.Wired covers the science of the two gene delivery systems nicely. Adeno-associated viruses may even be able to cross the blood-brain barrier, which no other vector—including adenoviruses—has ever been found to do. For example, one adeno-associated virus has been shown to carry a gene therapy into the brain once it’s been injected into the blood. The Wired feature is definitely worth a read.

Once you’re finished, though, don’t forget to take a look at some of the legal and ethical discussions that took place after Gelsinger died. The FDA found Wilson had violated many of his obligations as the leader of a clinical trial, including not adequately informing volunteers of their risks and continuing the trial after seeing certain severe reactions in some patients. (Another perspective, from this 2009 retrospective from the Hastings Center, a bioethics research group, argues that all clinical trials are ethically troubled, due to a lack of oversight that would protect human subjects from problematic clinical trial leaders.)

Wired covers the basics of the aftermath of Gelsinger’s death, and major media outlets reported on the case widely, at the time. Fourteen years later, however, it’s easy to have forgotten some of the details, which are an important case study in the difficulty of ensuring certain clinical trials are ethically clear and fair to the people who volunteer for them.