Big news on the pharma front today: for the first time the U.S. Federal Drug Administration has approved a drug... 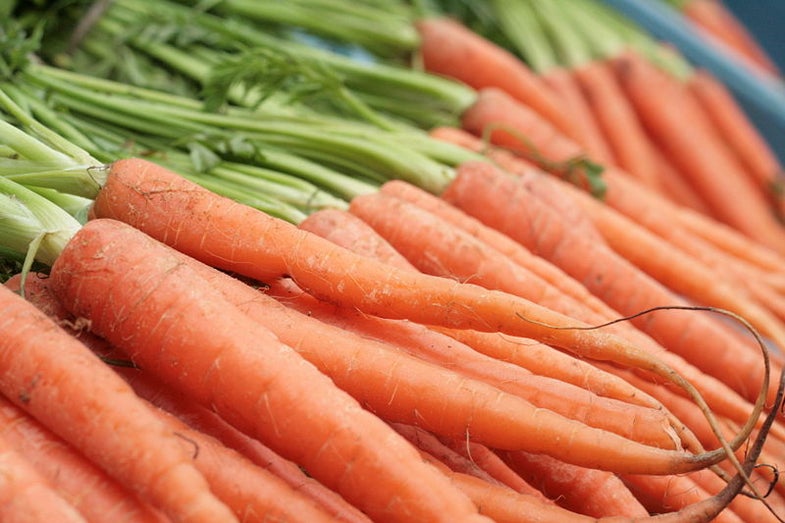 Big news on the pharma front today: for the first time the U.S. Federal Drug Administration has approved a drug for humans that was produced in a genetically engineered plant cell. The approval could open the door to a range of biologic drugs that are generated in plant cells and then transferred to human patients.

The drug, called Elelyso, is a treatment for a disorder known as Gaucher disease that results from the lack of a specific enzyme. Engineers at Israeli biotech firm Protalix Biotherapeutics figured out how to grow this enzyme in carrot cells by inserting a specific gene into them that encodes for this human enzyme. In trials, subjects who received the “bio-pharmed” version of the enzyme showed improvement comparable to that of subjects given another treatment for Gaucher disease derived from hamster cells.

The ability to manipulate the genes of plant cells to produce certain human enzymes isn’t new, but up until now concerns about human biologics derived from plant cells have kept them from gaining traction with the FDA. But plant-derived biologic treatments have proven successful in drugs given to animals in recent years, and for the first time the FDA seems to have softened its skepticism toward bio-pharmed treatments.

For those suffering from Gaucher disease (it’s a lysosomal storage disorder, in case you were curious) that means another treatment option, and one not susceptible to pathogens that can affect mammalian cell stocks and lead to a shortage of usable drugs–shortages that have actually occurred in recent years. But the bigger impact is in the world of bio-pharming itself. Now that plant-derived human biologics have a foot in the door with the FDA, researchers think they can create enzymes to treat a variety of disorders using bio-pharming techniques.