Personal fitness monitors designed to encourage healthy habits typically involve uncomfortable gear, such as chest straps and armbands, that can... 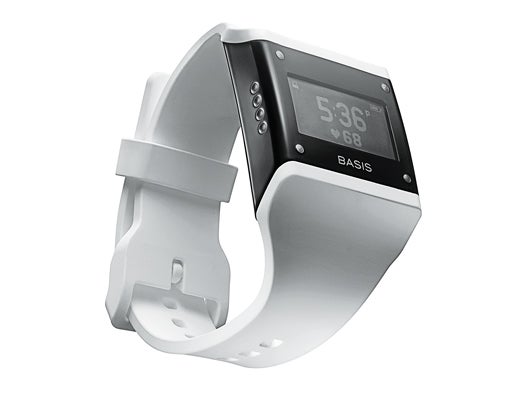 Personal fitness monitors designed to encourage healthy habits typically involve uncomfortable gear, such as chest straps and armbands, that can discourage people from wearing them. As sensors shrink and software improves, health-tracking systems are becoming less intrusive and capable of collecting more biometric data. One day, users may not have to don any equipment at all.

The Basis band is the first continuous health tracker that measures heart rate at the wrist, rather than the chest or arm. An LED on the underside of the watch shines green light (which blood absorbs particularly well) onto the wearer’s wrist, and a sensor detects how much light bounces back. Because blood volume in the wrist is greatest immediately after a heartbeat, the reflected light can be used to determine pulse. The watch also includes a three-axis accelerometer to detect motion, electrodes to measure galvanic skin response, and heat sensors to track skin and environmental temperature. Real-time data—steps, calories burned and heart rate—appears on the watch display, or users can upload stats via Bluetooth or USB to a website. Basis Band: $200 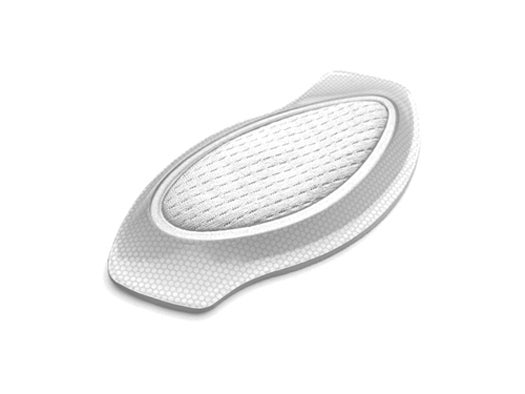 By the end of the year, BodyMedia will start selling the first disposable health-monitoring patch. The company, which makes fitness-tracking armbands, took its small sensors and loaded them into a 0.5-ounce, 3.5-inch-long patch that sticks to the user’s upper arm. BodyMedia found a breathable adhesive that makes the patch stick for up to seven days, even in water, while keeping it comfortable to peel off. The patch, which is less than half the weight of BodyMedia’s smallest armband monitor, senses motion, sweatiness, skin temperature and the rate of heat flowing off the body. It wirelessly uploads the data to a website or app that charts steps taken, calories burned, activity levels and sleep patterns. 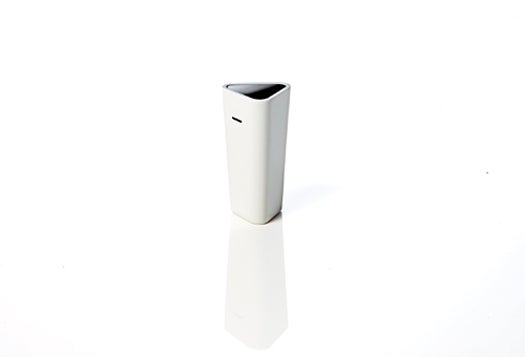 Start-up company Scanadu is creating a monitoring device that can sense a user’s vital signs without any contact. The Tricorder could record chest movement and face-color fluctuations with a digital video camera. Software would then analyze the footage to determine a person’s respiration and heart rates, respectively. An infrared camera in the device will also record body temperature. The company may include other monitors, too, such as ones that could sense disease-associated molecules that people exhale into the air. The Tricorder could be on the market as early as 2014.