Gene Therapy Cures Diabetic Dogs In Only One Shot

After one treatment, beagles were symptom-free up to four years later. 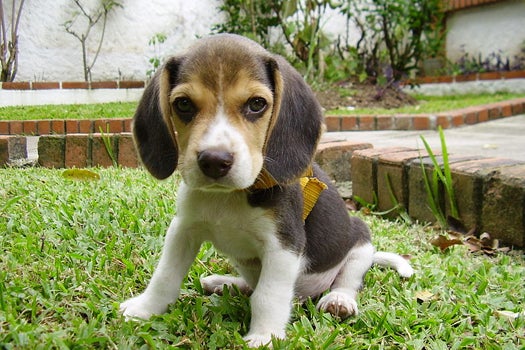 Five lucky diabetic beagles have been cured of their canine type 1 diabetes using gene therapy, according to research published in the February issue of Diabetes.

Researchers from Barcelona’s Universitat Autonoma previously found the therapy effective in treating mice, but this is the first time gene therapy — when a patient’s DNA is supplemented or changed to treat a disease — has proven successful in curing diabetes in large animals. Gene therapy encodes a functional gene to replace a mutated one, or inserts DNA that produces a therapeutic protein to treat a disease.

In this case, the dogs were injected with two extra genes that together form a “glucose sensor” that can regulate glucose uptake and reduce excessive glucose levels in the blood.

Four years later, the dogs that received both genes had no symptoms of diabetes and stabilized glucose levels. They recovered a normal body weight and didn’t exhibit any secondary complications.

Both genes seem to be necessary for the treatment to work, though, as dogs that received only one of the genes stayed diabetic.

It’s not uncommon for dogs to develop type 1 diabetes, in which a lack of insulin leads to an increase in glucose levels. While the canine version of the disease has similar effects to its human counterpart, this experiment may not exactly mirror how the treatment might work in humans — according to New Scientist, the dogs’ pancreatic cells were destroyed by a chemical, whereas in humans with type 1 diabetes, pancreatic cells are killed by the body’s immune system.

After further dog testing, the researchers hope to study how the treatment affects humans. And hopefully the post-diabetic pups get a sweet treat in reward.