A Topically Applied Skin Lotion That Modifies Your Genes

Future genetic therapy could be as simple as applying a topical lotion, with nanoscale compounds soaking through your epidermis to... 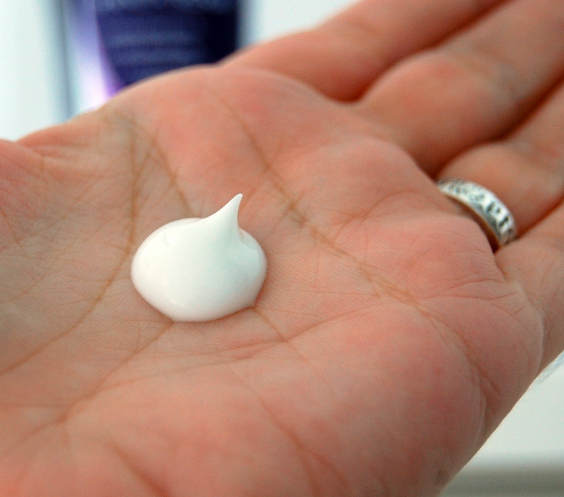 Future genetic therapy could be as simple as applying a topical lotion, with nanoscale compounds soaking through your epidermis to tweak your DNA. This new class of nucleic acid structures could guard against some types of skin cancer, according to researchers at Northwestern University.

Despite its tendency to dry out or burn in the summer sun, human skin is an incredibly tough barrier, preventing all kinds of invaders from entering the body. While a skin cream can be a useful way to target certain skin-related disorders, it can only go so deep. This new breakthrough from Amy S. Paller and Chad Mirkin at Northwestern combines chemistry and dermatology to break on through.

It uses agglomerations of nucleic acids, each about 1,000 times smaller than the diameter of a human hair. When dispersed in a topical lotion, the nucleic acid clumps can breach all the skin’s layers. Once they’re inside the cells, they can selectively turn off disease-causing genes. The acid agglomerates can distinguish between healthy and mutant genes, like those that can cause cancer.

The acid clumps are actually small interfering RNA, also known as siRNA, which can regulate gene activity. They are highly customizable, and can be programmed to target a specific gene. In this case, the researchers studied epidermal growth factor receptor, which is associated with certain types of cancer. The RNA particles surround a tiny gold nanoparticle, forming a dense sphere. The resulting “nanostructure” can break through the skin entirely, and the RNAs broke down the EGFR gene.

The researchers tried it on mice and on human skin, and found no side effects after one month. The researchers call it a landmark achievement. “The skin is a very tough barrier to go through, which is why this effective gene knockdown has not been accomplished before,” Mirkin said in a statement.

The paper appears in today’s edition of the linktext_Proceedings of the National Academy of Sciences_.