With their strange 60-atom structures, buckyballs could have potential as drug carriers, medical tracers, cancer fighters and other interesting applications... 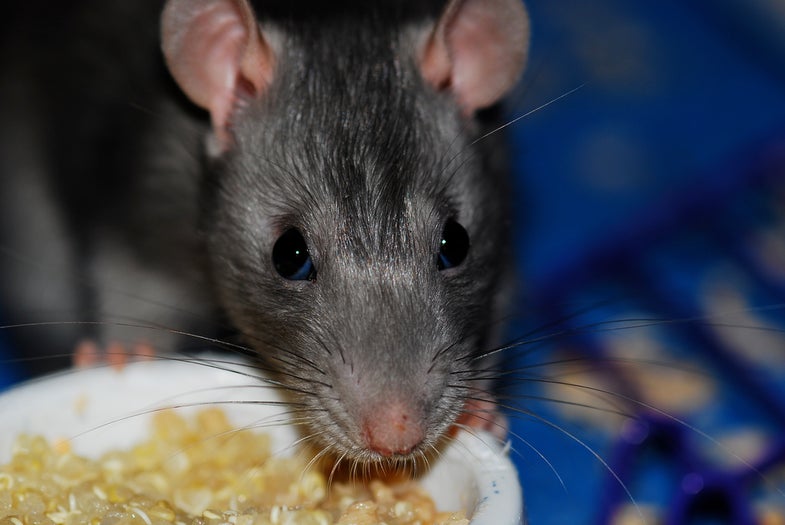 With their strange 60-atom structures, buckyballs could have potential as drug carriers, medical tracers, cancer fighters and other interesting applications in the human body, but studies examining their impact on the body have had mixed results. A group of French researchers set out to study its toxicity and other effects, and came up with a surprising find — not only are buckyballs safe, a buckyball diet doubled the lifespan of lab rats.

It’s a limited study, and the longer-lasting rats could be the result of a calorie-restricted diet instead, as some skeptics have pointed out. But it raises some interesting questions about the potential health benefits of buckyballs.

Computer simulations and other studies have shown buckyballs — more specifically, the fullerene known as C60 — are soluble in fat and can cross cell membranes, which is one reason why they could be useful as drug carriers or molecular targets. But this ability could also make them toxic. Previous research has been mixed; in one study, small doses of fullerene were more toxic than large doses.

In this study, researchers at the University of Paris-Sud 11 put some buckyballs in olive oil and fed it to a group of rats. Control rat groups were given water and plain olive oil. The control rats’ median lifespan was 22 to 26 months, but the buckyball rats lived 42 months, the researchers say. The C60 was absorbed by the animals’ bloodstream and eliminated from their bodies within 10 hours, but it apparently worked as a potent antioxidant, the researchers found.

Plain olive oil extended the animals’ lifespans by 18 percent, which is itself notable, but not as much as the buckyball-doped oil, which the team claims increased their animals’ lifespan up to 90 percent.

“C60 should be the most efficient ever material for extending lifespan,” they write.

But one problem is the study’s limited size, and another is the potential impact of fasting, to which the rats were subjected before being fed olive oil. Intermittent fasting has already been shown to increase rodent lifespans, as Longecity points out. Still, it’s interesting to note that this little carbon shape, found in everything from soot to deep space, could perhaps be good for our health.