Proponents of genetic medicine say DNA sequencing is the future of medicine and that soon every truly sick person will... 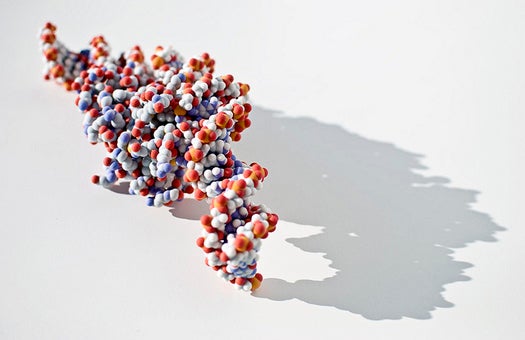 Proponents of genetic medicine say DNA sequencing is the future of medicine and that soon every truly sick person will have his or her genome sequenced. Critics cite privacy concerns and note that genetic mutations and variations don’t necessarily lead to medical outcomes. Whatever the position, it’s hard to argue that this isn’t good news: the first child – plagued by undiagnosable illness – has been saved by DNA sequencing.

That may be a bit of a strong statement – six-year-old Nicholas Volker is doing well, though complications could soon arise. But it’s highly likely that the sequencing of young Nicholas’s genome saved his life.

The boy had struggled since he was a toddler with an intestine that was horribly inflamed, prompting the removal of his colon as well as roughly a hundred other surgeries. His doctors couldn’t diagnose the cause, and it seemed like a lost cause from a medical standpoint. So his doctors at the Medical College of Wisconsin took the unproven step of sequencing Nicholas’s genome in search of a mutation that might lead them to a treatment.

And they found one, a mutation that nobody was expecting to find. It led to a bone marrow transplant from cells harvested from umbilical cord blood and a positive prognosis that has brought Nicholas back from the brink.

That’s extremely meaningful for those trying to push this field of medicine forward. DNA sequencing has long been viewed as a research tool, not a diagnostic method. Now the field has its first big success story, which could lend credence to the idea that DNA sequencing shouldn’t just be a medical tool of last resort, but is a valuable asset for getting to the root of otherwise undiagnosable illness.

As Matthew Herper points out in Forbes, costs will remain prohibitive; even exome sequencing, which only sequences those genes that code for proteins, costs tens of thousands of dollars, and there’s little consensus on how insurance should approach sequencing. But as in all things, technology improvements and scaling should bring costs down over time; if DNA sequencing manages to gain a toehold in mainstream medicine – and stories like Nicholas’s could go along way to making that happen – the costs should come down as it moves form nascent to the norm.

For additional background, check out the 3-part series on Nicholas written by the Milwaukee Journal-Sentinel.