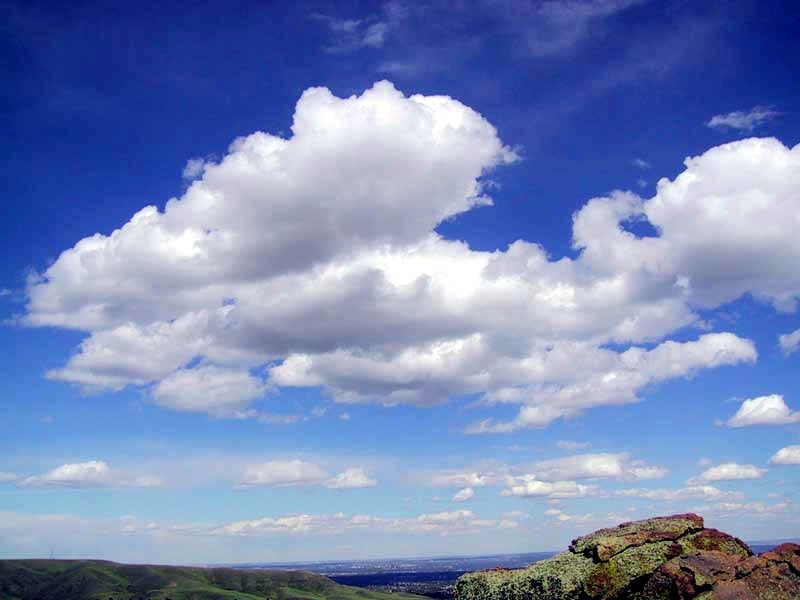 Not content with just stirring the pot in particle physics, CERN has embarked on an experiment aimed at addressing whether or not comic rays from deep space might be seeding clouds in Earth’s atmosphere, influencing climate change. The early findings are far from deciding the issue of whether climate change is man made or otherwise, but they have borne some interesting results. It turns out that cosmic rays could be influencing temperatures on Earth. Perhaps even more groundbreaking, it turns out they also might not. Welcome to climate science.

The notion is this: Cosmic rays that we know are bombarding our planet from the far reaches of space are pelting the atmosphere with protons, and those protons can ionize some compounds that in turn condense into aerosols, basically droplets in the atmosphere. Clouds might in turn build around those droplets, and those clouds shield the Earth, reducing temperatures.

But our dosing of cosmic rays is dependent on the sun. When the sun is emitting lots of radiation during high points in the solar cycle, its magnetic field shields us from some of those cosmic rays. An active sun spells fewer rays spells fewer clouds, and hence warming temperatures on Earth.

So, are cosmic rays (or the lack thereof) to blame for our current spate of rising temperatures? Of course/not/maybe.

The experiment at CERN is fabricating the upper atmosphere in the lab by trapping ultra-pure air and things like water vapor, ozone, ammonia, and sulphur dioxide in a chamber. They are then bombarding that air with protons from the same generator that supplies the Large Hadron Collider. Preliminary results show that these faux cosmic rays indeed have an effect on the atmosphere: When high energy protons stream in, production of nanometer-sized particles in the atmosphere increases by more than ten times.

Case closed. But not really. Those particles that are forming are far too small to actually seed a cloud. So while CERN has proven that cosmic rays are definitely influencing the upper atmosphere, the connection between warming and cosmic rays is far from firmly established.

Naturally, different scientists are reaching different conclusions, but all seem to think this experiment is a worthwhile idea, even if it basically asks more questions than it answers. So, just to recap, the whole climate change argument has not been put to rest. Maybe I should’ve noted that at the beginning of the post.