Nitrogen-Fueled Fireworks are Green, But Pricey

Want to wow your neighbors this Saturday with some bright and cheery Fourth of July trvia? Tell them about the... 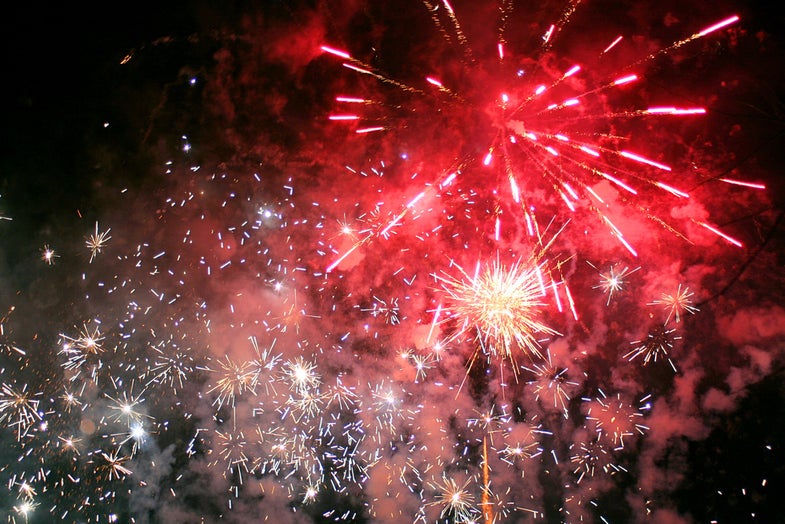 Want to wow your neighbors this Saturday with some bright and cheery Fourth of July trvia? Tell them about the dangers of perchlorate, the molecule that helps fireworks burn longer. According to experts at DMD Systems who study explosive materials, the molecules are not only harmful to the environment, but to humans as well–-and repeated exposure poses health risks.

The good news is that scientists are developing new “green” fireworks–as in environmentally sound, not the color–that burn nitrogen-based fuels. They also use less smoke and contain fewer toxins.

Antimoy (used for white hues) and barium (used for green) are two additional culprits. At theme parks and lakes where cities hold fireworks displays frequently, researchers at the Los Almos National Lab have found increased levels of the toxins that resulted from the fireworks.

Unfortunately, the green fireworks likely won’t be available for the weekend-–they cost too much, and the EPA has not flagged the regular ‘works as a significant threat, when used in moderation. The nitrogen-based pyrotechnits are used for indoor shows, however, where the oohs and ahhs require a little more breathing room.