Archive Gallery: The Birth of Environmentalism

On the 40th anniversary of Earth Day, we take a look back at where it all began 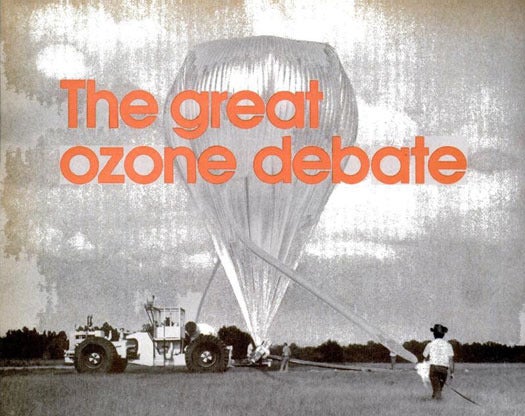 The year 1970 was a pivotal one for the modern environmental movement: on April 22, U.S. Senator Gaylord Nelson founded Earth Day, which quickly grew from a grassroots demonstration into the week-long celebration that we partake in to this day. And on December 2, President Nixon created the Environmental Protection Agency (EPA) to respond to the growing demand for green legislation and environmental oversight.

We shouldn’t be surprised, then, at the influx of environment and pollution-related articles recorded in our archives during the early 1970s.

Prior to that decade, keyword searches for typical green terms turn up only a smattering of results. In 1932, we briefly mentioned that fumes from factory chimneys in Germany may be damaging farmers’ crops. Dangerous chemicals were described simply as “foreign vapors in the atmosphere.” In June 1955, we featured an article on anti-traffic exhaust technology, while referring to stories about smog as “scare headlines.”

Those types of “scares” of course became all too real, as studies about the thinning ozone layer and acid raid began entering the public dialogue. We are pleased to report that following the landmark publication of Rachel Carson’s Silent Spring in 1962 and the consequent banning of DDTs, we published dozens of articles that not only examined the crisis, but that recommended ways people could contribute to a greener, healthier future for Earth.

Click through our gallery to read about 10 ways people becan to confront pollution after 1970. 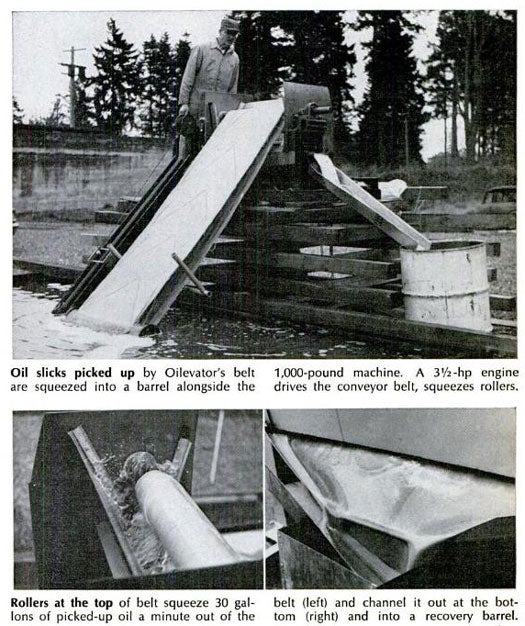 In the late 1960’s, the Canadian Navy asked Richard Sewell to develop a machine that could clean up harbor oil spills, which were serious fire hazard. Sewell thus invented the Oilevator, which used a canvas conveyor belt lined with terry cloth to absorb oil. While it appeared unsophisticated, the device could pick up 30 gallons of oil a minute, or 43,000 gallons a day. Read the full story in “Anti-Pollution Machine Laps Up Oil Slicks” 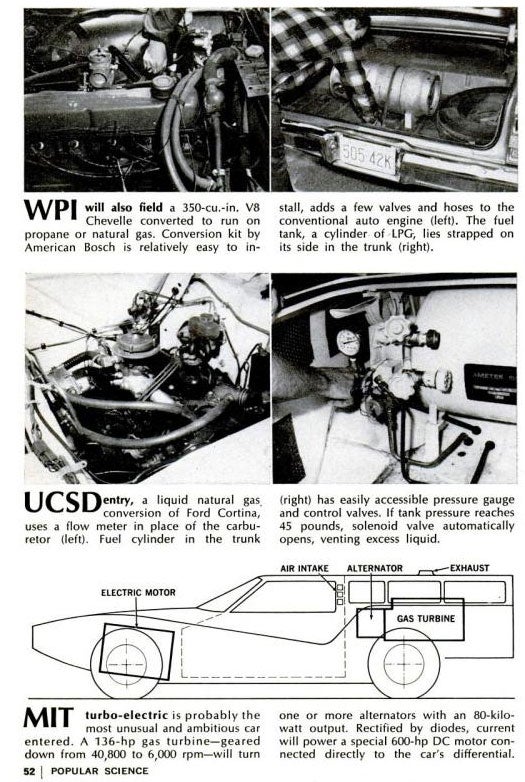 To raise awareness about pollution, the Clean Air Car Race Committee, a group of MIT and Cal-Tech students, hosted a contest that challenged undergraduate engineers to build alternative-energy vehicles and then race them across the country. Contestants ended up building everything from electric hybrids to helium-powered cars. Read the full story in “PS Previews The Great Clean-Air Car Race” 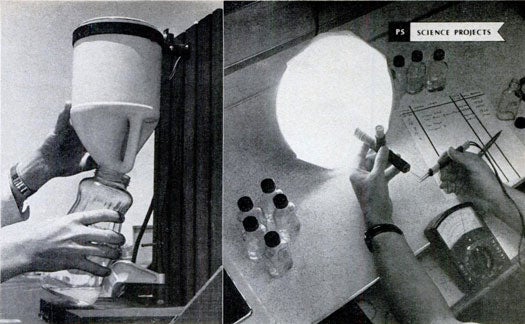 We outlined how people could measure hydrocarbon and other air pollutants using just a few rudimentary household items, like a vacuum cleaner motor-blower, some distilled water, and a plastic bottle. Read the full story in “Build Your Own Air-Pollution Tester” 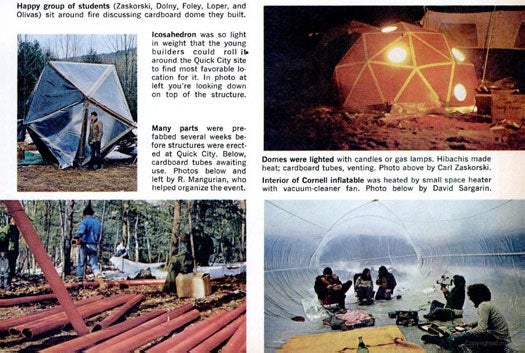 To teach their students a lesson in recycling and self-sufficiency, architecture professors in New York hosted the Whiz Bang Quick City (WBQC) project, which asked students to build camping structures out of mostly recycled material. Students tested the projects’ sturdiness by taking them to the Catskills Mountains. Read the full story in “No-Cost Vacation Shelters Let You Recycle Trash” 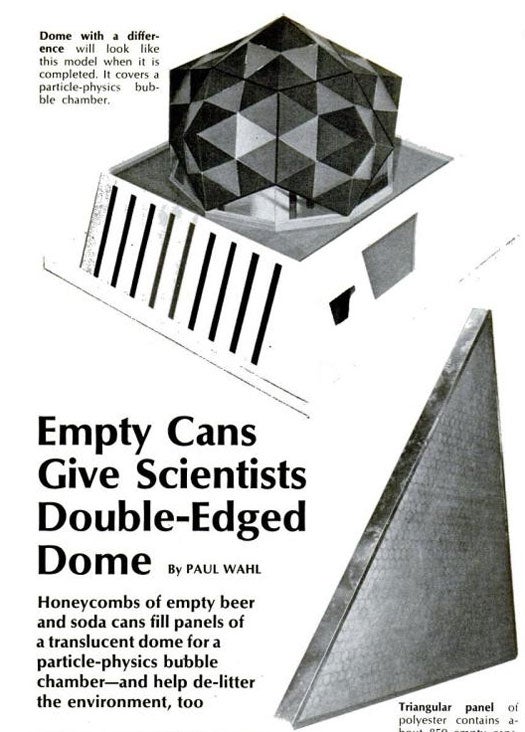 Bob Sheldon, a scientist at the National Accelerator Laboratory, was assigned to find a translucent honeycomb material for the lab’s bubble-chamber building. Old beer and soda cans did the trick while demonstrating how people could put their litter to practical use. Read the full story in “Empty Cans Give Scientists Double-Edged Dome” 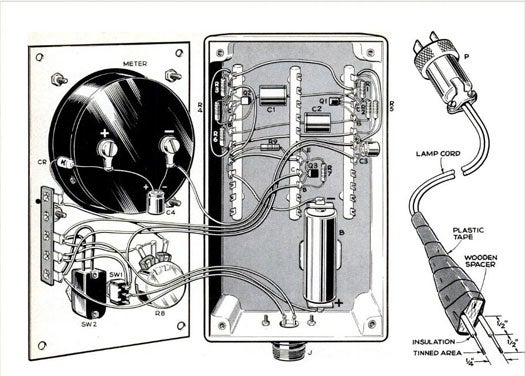 According to this article, being an anti-pollution activity was “a very fashionable activity.” We encouraged people to purchase or assemble an conductivity gauge, which registers the number of ions in a water sample. Read the full story in “Build Your Own Portable Water Tester” 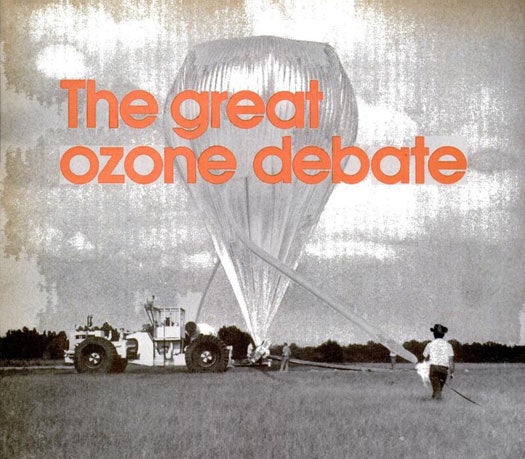 We addressed the government’s ban on fluorocarbon propellants by explaining to people why something as seemingly innocuous as hairspray could destroy the ozone layer, which had only recently become a household term. The picture on the left shows a balloon that responds to small quantities of atmospheric pollutants. Read the full story in “The Great Ozone Debate” 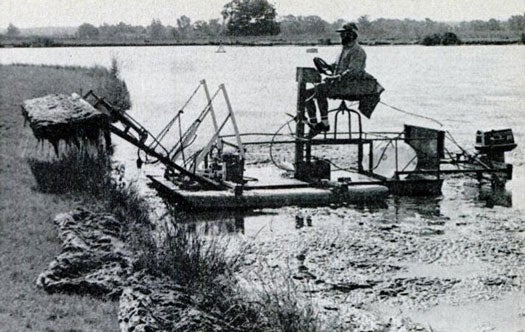 In the late 1970s, Michigan State University conducted a water-recycling experiment to demonstrate a cheap, low-energy method for dealing with city sewage. At the time, scientists were optimistic that new methods “water renovation” could contribute to the development of high-quality sewage treatment plants. “By the 1980’s, we may be insisting that our local sewage plant not only produce sparkling clean water, but also provide agricultural benefits and recreational areas for our communities.” Pictured left is a technician clearing a lake overloaded with weeds, which people proposed as a convenient type of fertilizer. “Aquatic Farms Clean Up Waste Water” 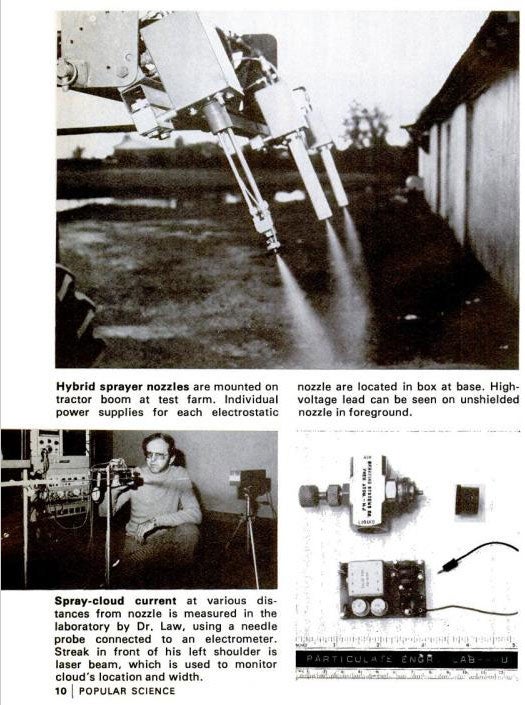 Dr. Edward Law, a research professor at the University of Georgia, developed his electrostatic sprayer in response to environmentalists’ concerns about the hazards of pesticides. Unlike other pesticides sprayers, which sprayed most of the material into the air instead of onto the plant, Dr. Law’s electrostatic sprayer applied the pesticide in concentrated spurts, and directly onto its target. Read the full story in “Electrostatic Sprayer Reduces Pesticide Pollution in Crops” 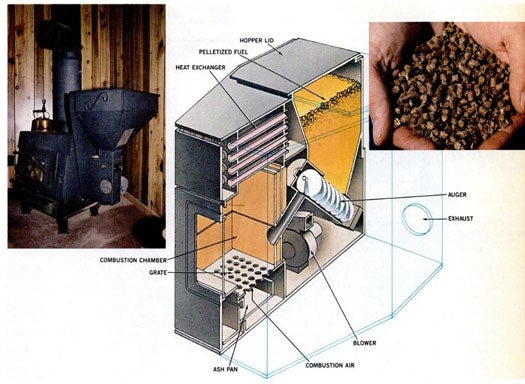 In June 1986, the state of Oregon outlawed wood stoves that released a non-clean exhaust. Residents of mountain communities who were accustomed to traditional wood stoves, which released severe amounts of carbon monoxide and formaldehyde, among other chemicals, had to make do with what they called ‘Big Brotherism.’ We covered a number of developing technologies that would allow people to use wood stoves without ruining the environment. Pictured above is the pellet stove, which burnt small, hot fires (as opposed to long, smoldering ones) and used a three-inch exhaust port instead of a chimney. Read the full story in “New Technologies Fight Wood-Stove Pollution”
Climate Change
Global Warming
archive gallery
archives
earth day
ozone layer
Popsci Archive