The Largest Molecule Ever Made Could Be Used to Deliver Drugs

Organic chemists in Switzerland have built a ginormous virus-sized macromolecule — it has 170,000 bond-forming chemical reactions — calling it... 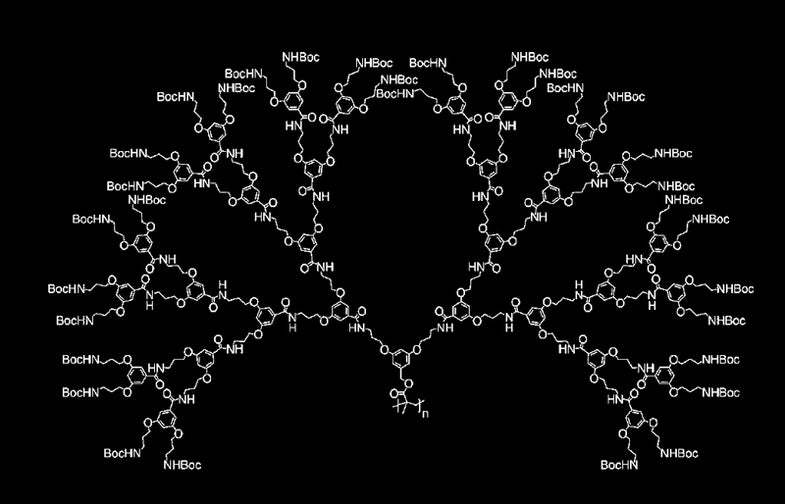 Organic chemists in Switzerland have built a ginormous virus-sized macromolecule — it has 170,000 bond-forming chemical reactions — calling it a major step in the creation of molecular objects.

The molecule, called PG5, is the biggest synthetic molecule with a stable, defined form. Similar structures exist in nature, but they are hard to duplicate, because they fall apart during creation, as New Scientist explains. Future molecular objects would need to keep their structure regardless of their environment, and PG5 is a step in this direction. Its structure is similar to that of a tobacco virus, and it keeps this rod-like structure in various conditions — it resists flattening out on a surface, for instance.

New Scientist describes how researchers at the Swiss Federal Institute of Technology in Zürich built their molecule, adding benzene and nitrogen branches to a carbon-hydrogen backbone. Synthesizing the whole molecule required 170,000 reactions, and the result is a foldy, tree-like structure. Scientists say PG5 could hold drugs in its multitudinous branches, and it is a step toward molecular objects that keep their forms regardless of their environment.

There are plenty of synthetic nano-objects, but these are made of multiple molecules, not a single, gigantic crablike one.

The molecule was described in a recent issue of the chemistry journal Angewandte Chemie.