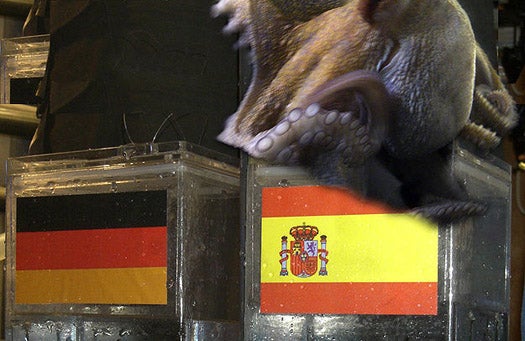 It’s long been regarded as pseudo-science or simple lore, but precognition – that is, the ability to not just predict but to actually perceive the future – is getting a fair shake in some scientific circles lately. A research paper titled Feeling the Future from Cornell Professor Daryl Bem shows some statistically significant results coming from a series of experiments empirically testing the human mind powers of premonition and precognition. If his results are replicated elsewhere, it may change the way researchers look at the brain, its perception of time, and exactly what its limitations are.

That’s not to say that storefront psychics really can read your palm, or that one can see the future simply by thinking hard about it. But Bem’s empirical, straightforward science suggests the brain does have some ability to perceive what’s coming. The science is sound enough that Bem’s paper found a home in the prestigious Journal of Personality and Social Psychology, which will publish the piece shortly. It also received a fairly lengthy write-up in Psychology Today.

Bem’s research on what he calls psi – meaning “anomalous processes of information or energy transfer that are currently unexplained in terms of known physical or biological mechanisms” – attempts to explore and explain precognition (conscious awareness of a future event) and premonition (affective apprehension of a future event). To do so he conducted nine experiments on more than 1,000 Cornell students.

For an in-depth break down of Bem’s methodologies, you can access a preview of his paper (PDF). But his methodology is consistent throughout: Take an established psychological response to a certain stimuli, then flip it around so the stimulus comes after the response and see if the response is still the same. The results weren’t overwhelming, but they were statistically significant.

In another experiment Bem reversed the priming effect wherein subjects are subliminally tipped off before identifying a photo as positive or negative. Bem found that by subliminally tipping off subjects after – rather than before – showing the image, they still were able to categorize the pictures more quickly as if the brain knew that the subliminal hint was coming even though it hadn’t happened yet.

We won’t declare the Earth shattered just yet, but other cognitive researchers are taking notice of Bem’s work. Apparently there have been hundreds of requests for replication packages so other scientists can re-test Bem’s experiments and see if the results come back the same. If they do, we may have to reconsider how we perceive our own cognition. But you already knew I was going to say that, didn’t you?