The space agency wants new tenants or owners for its now-obsolete shuttle equipment. 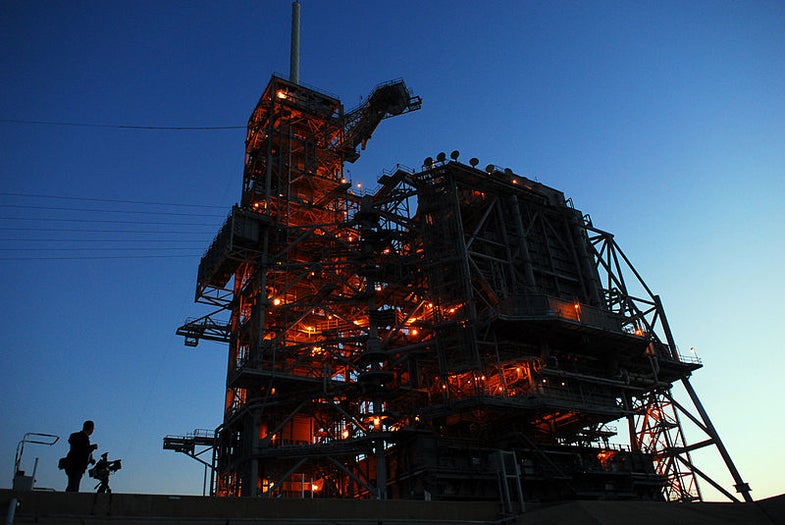 The space shuttles are all nestled in their retirement homes, but NASA still has plenty of equipment, buildings and other infrastructure left over from their 30-year run. The space agency is quietly trying to sell it or lease it, and in some cases by the end of this year.

The last shuttle mission ended a year and a half ago now, and the final pieces of cleanup and mothballing are just about done down at Kennedy Space Center in Florida. There is enough federal money to finish those tasks and perform maintenance this year, but the money runs out at the end of 2013, according to the Orlando Sentinel, which has been tracking NASA’s garage sale efforts. After the funds dry up, the steel and concrete buildings will almost certainly start to rust in the humid, salty climate of Florida’s Space Coast.

Some commercial partners already have deals with the space agency to use its facilities. Boeing is refurbishing one of the Orbiter Processing Facilities for its CST-100 space transport capsule, which could eventually ferry up to seven astronauts to the space station. And SpaceX has already used the launch facilities at KSC.

But there’s plenty left, from the huge shuttle landing strips and rollout paths to the parachute-packing plants. Some of these may be more attractive than others–as the advocacy group Space Florida told the Sentinel, companies might want to build their own launch facilities. Still, there’s plenty of infrastructure just waiting for someone to want it.

Check out our gallery to see some of the assets NASA is hoping to offer to the next generation of space explorers. 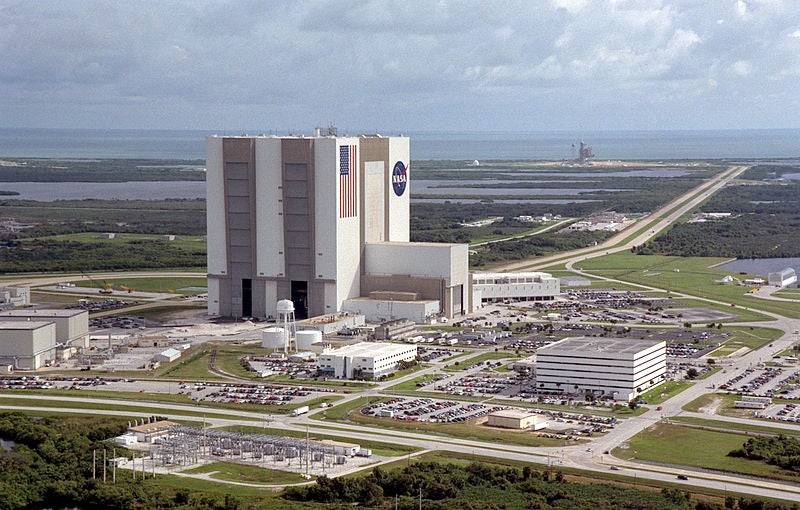 The 526-foot-tall building was originally constructed to mate the mammoth Saturn V rocket with the Apollo capsules. It famously generates its own indoor weather in the humid Florida climate. Now portions of it are available for lease or use by rocketeers and corporate space pioneers. 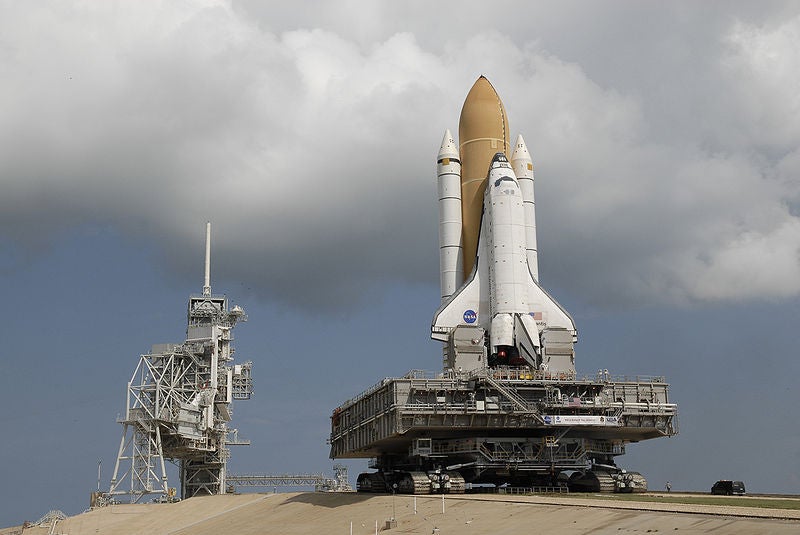 Space shuttle Atlantis makes the final leg of its rollout to Launch Pad 39A during STS-129. The shuttle launch complex is available for lease or purchase during a quiet sale of NASA shuttle facilities. 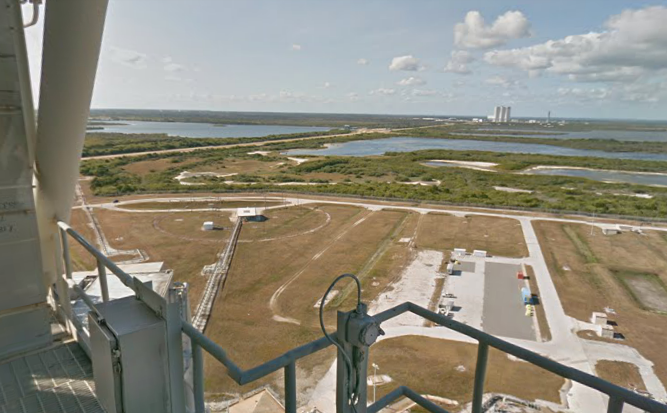 The View From Launch Pad 39A

It’s a nice view at the top. This image comes courtesy of Google Maps, which shot 6,000 panoramic images at the Kennedy Space Center complex last year. 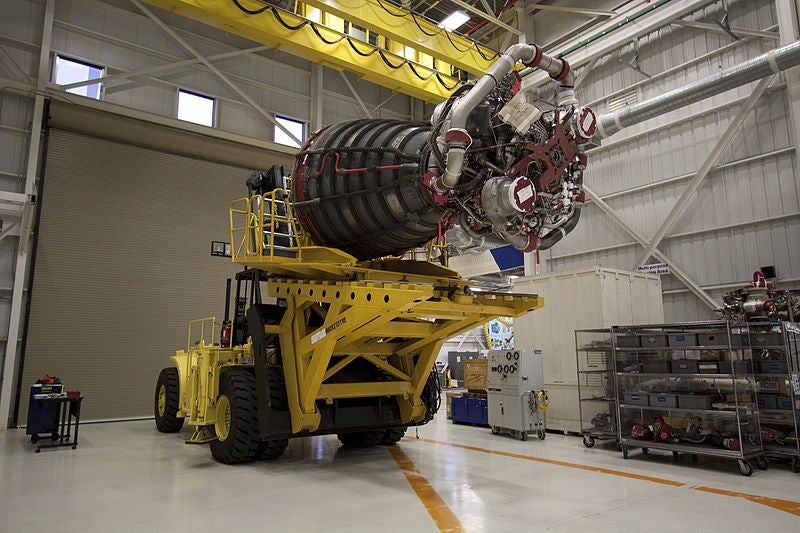 In this image, one of the space shuttles’ main engines is being prepared for transport to Orbiter Processing Facility-1. The OPF buildings are basically way stations between the shuttle component facilities and the VAB, where everything comes together. The shuttles and their engines were prepped and maintained in the OPF buildings, which are now available for private bids. 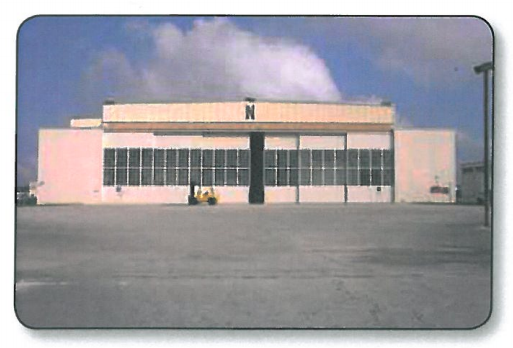 This fuzzy image comes from a government document soliciting proposals for this concrete and steel building. Hangar N was used for testing and preparation, and its equipment list includes 43,062 square feet of space and two 25-ton bridge cranes. There is also an available gaseous helium and gaseous nitrogen supply. 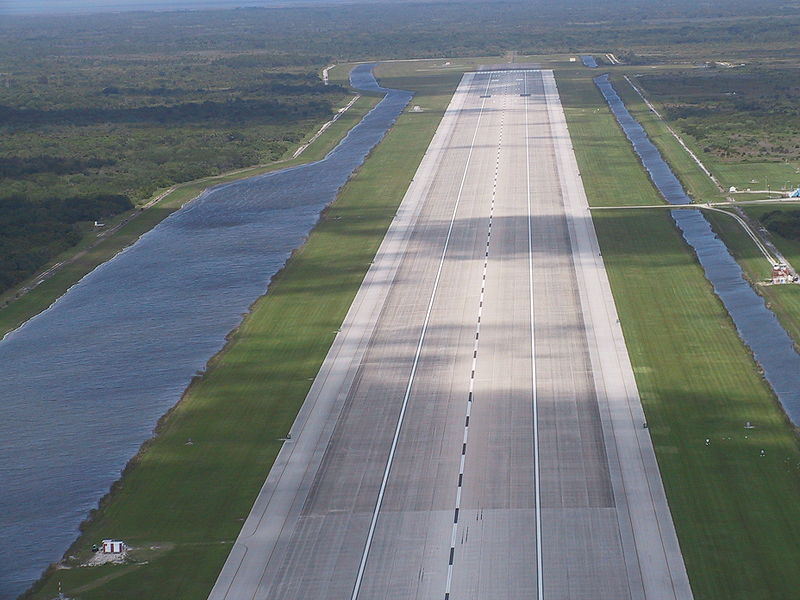 In favorable weather, the shuttles would return to Earth and land on this 15,000-foot strip at KSC, where they could easily be carted to an OPF for maintenance and repairs. Now NASA is seeking new users for this huge runway. 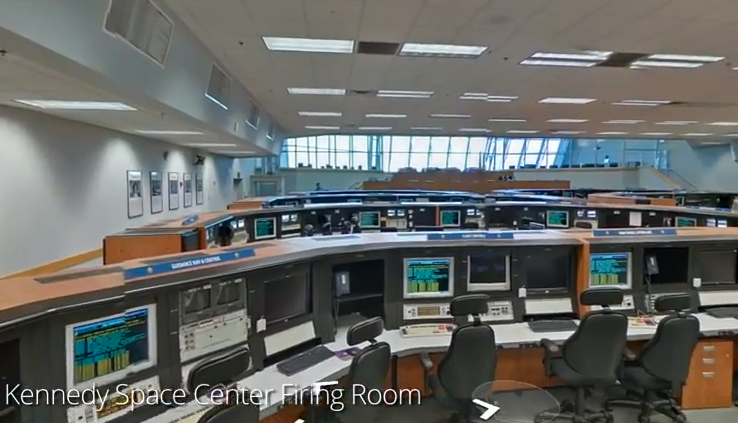 Various sections of the sprawling shuttle command center are also up for sale or lease. This image shows one of the Firing Rooms, of which there are four. Two primary firing rooms (1 and 3) were used for shuttle launches and mission processing, and the two backup rooms (2 and 4) were used for things like software development, equipment analysis, launch monitoring and so on. NASA maintains a nice website where you can learn about shuttle launches via the Firing Room.
commercial space
kennedy space center
launch
launch pad
nasa