As NASA prepares to put the finishing touches on the International Space Station — just as soon as space shuttle... 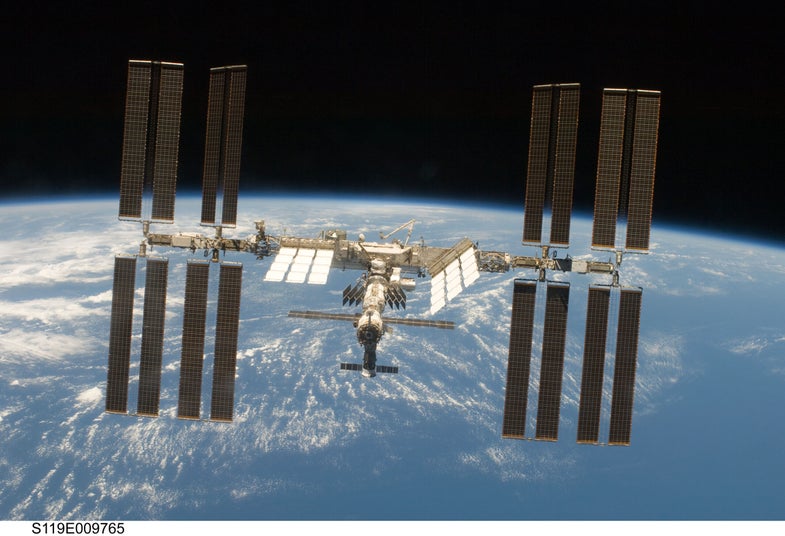 As NASA prepares to put the finishing touches on the International Space Station — just as soon as space shuttle Discovery can make one last visit — the space agency is looking to outsource its science experiments.

When Congress extended the space station’s mission to 2020, the authorization bill also directed NASA to establish a nonprofit organization to manage station research, hoping to ensure broad access to the orbiting outpost. Other U.S. government agencies, academic institutions and even private firms should have access to the station, according to the bill.

NASA announced Thursday that it’s looking for a partner who can take on that task. It must be a non-profit group, according to Congress. NASA is holding a forum for interested organizations next week in Washington, D.C.

The American portion of the space station was designated a National Laboratory in 2005, which allows its facilities to be used by non-NASA researchers. The $100 billion station was built by 15 countries working under five international space agencies — NASA, the Russian Federal Space Agency, the European Space Agency, the Japan Aerospace Exploration Agency and the Canadian Space Agency.

Over the past 10 years of human habitation on the station, astronauts have performed more than 400 science experiments in fields including biology, human physiology, physical and materials science, and Earth and space science.

NASA Administrator Charles Bolden said the station offers unparalleled opportunities for ongoing scientific research and development, which he said were key to our national growth.

“By taking this action, we are ensuring the station is available for broad, meaningful and sustained use,” he said.