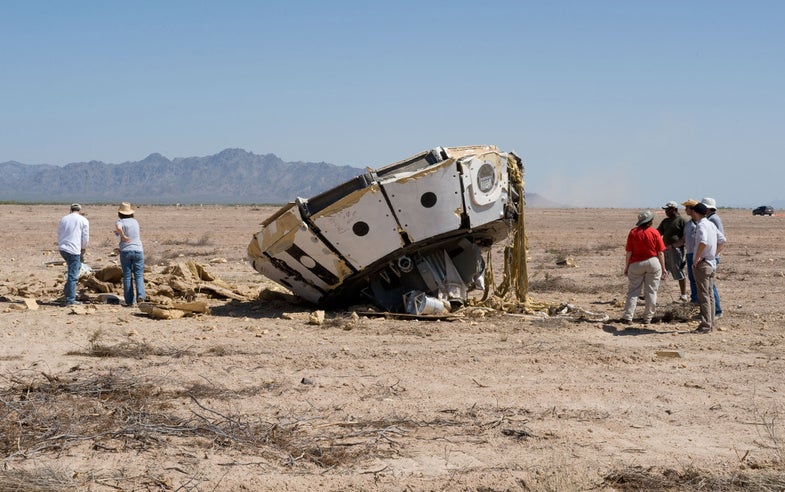 NASA’s Orion crew capsule, which was part of the cancelled Constellation program, has been revived as an escape pod for the International Space Station. A smaller version of the capsule could launch on an Atlas or Delta rocket and eliminate the need to buy a multimillion-dollar Russian Soyuz spacecraft for emergency crew escape, Florida Today reports.

President Obama’s plan for the U.S. space agency would also make a commitment to a specific heavy-lift launch rocket by 2015. That rocket would have the ability to send missions beyond Earth orbit to destinations that might include Mars.

The president’s budget scrapped NASA’s original plan to return humans to the moon within the decade, and has refocused the space agency on developing technologies for space exploration beyond Earth orbit. It also supports commercial launches by the private space industry to deliver cargo and crew to the space station.

Obama will also announce plans on Thursday to bring 2,500 more jobs to Florida’s Space Coast than the cancelled NASA moon program. That could help soothe the sting of more than 8,000 jobs lost at the Kennedy Space Center in Florida due to the impending shutdown of NASA’s shuttle program and the demise of Project Constellation.

Another part of the president’s plan puts $2 billion over the next five years toward making Kennedy Space Center a 21st century spaceport with lower launch costs for private companies and the U.S. Department of Defense. Obama added the goal of making Florida’s I-4 corridor the “Silicon Valley of Space,” Florida Today notes.

Those sound like sweet words to our ears, if the plan can really pull that off. We’re not complaining about NASA’s future including some robo-astronauts, either.