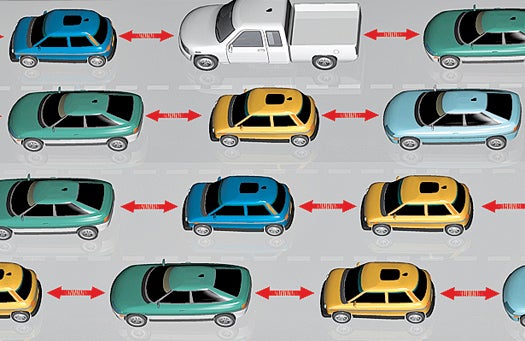 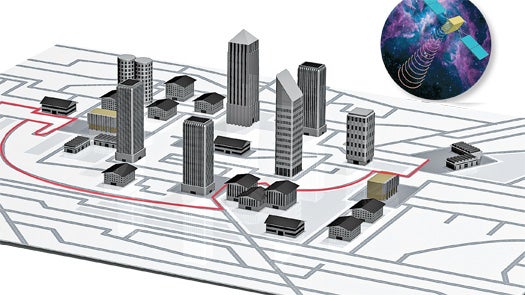 B. Cars that Never Tailgate

By roughly 2015, General Motors says, its adaptive cruise control systems will not simply adjust to slower cars ahead but will check for a lane opening and steer around cars without having to slow down. The next wireless step: “platooned” autos, linked in manageable groups to travel highways like coupled freight cars, which would save fuel, reduce pileups, do wonders for traffic jams—and free drivers from commuting drudgery. As early proof, this March GM’s new EN-V concept cars—electric two-passenger urban transportation pods—will drive around a GM exhibit in Shanghai in a choreographed display of wireless automation. 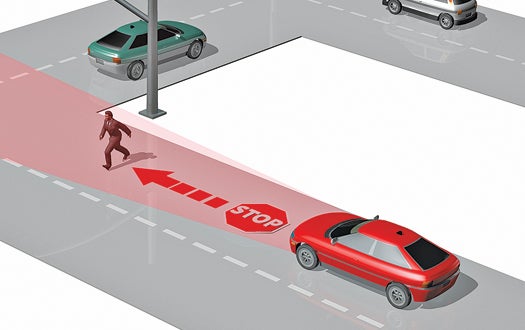 Beacons for Pedestrians and Cyclists

C. Beacons for Pedestrians and Cyclists

Nonmotorists can join the network by carrying a simple transponder that alerts cars to their presence, fixes their location, and ensures that cars don’t hit them. 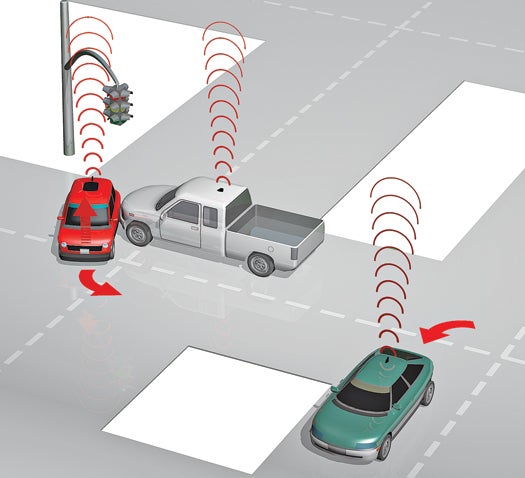 If a collision is unavoidable, networked cars could automatically reposition before a crash to protect occupants, such as pivoting a car to turn a deadly T-bone accident into a survivable rear-ender instead. (Mercedes’s latest safety concept car already inflates metallic structures inside the doors to create a beefier barrier.) 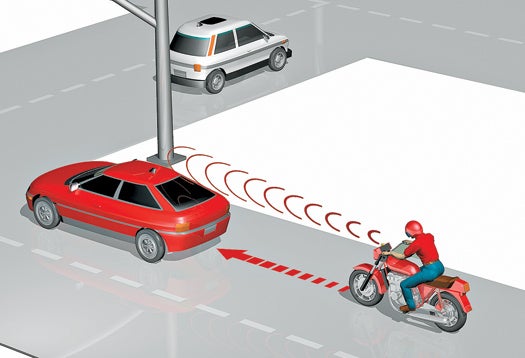 Ambulances will digitally broadcast their out-of-my-way signal into cars ahead or even require them to automatically slow down and pull over. Motorcycles will get a digital assist, too. People often miss them in their rearview mirrors, but to automated cars they will be as visible as an 18-wheeler.

New satellites will allow cars to pinpoint their position within an inch. That “lane-specific” level of accuracy can help cars “snap to” a digitally mapped lane like a slot car on a track when a driver daydreams or falls asleep, even on the snow-covered or poorly marked roads that confuse today’s lane-departure cameras. 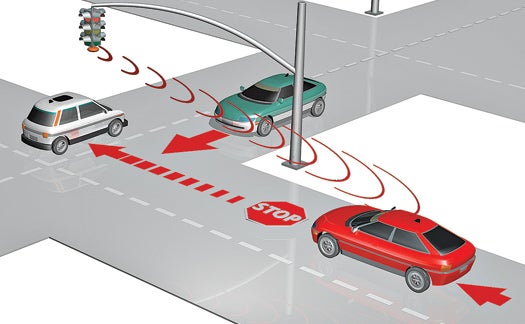 You’ll never see the drunk driver that’s about to run the red light. But a smart intersection could save your life. Twenty percent of all crash fatalities and 40 percent of accidents occur at intersections. Smart intersections will communicate with cars, beaming them visual and audio collision warnings, and even taking direct action to slow or stop vehicles and prevent offenders from running red lights entirely. 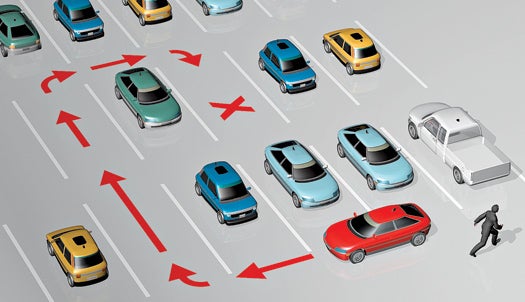 Many cars can already parallel-park with little or no human input. Tomorrow’s networked cars and parking lots will tell each other when and where a spot opens up, saving drivers from wasting precious time and gas while circling the block. Drivers can beeline to open slots, or head to work and let the car park itself—and then call the car to come fetch them at day’s end.