Liquid armor has been shown to stop bullets more effectively than plain Kevlar, according to British firm BAE Systems. The... 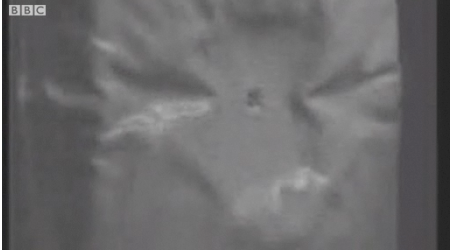 Liquid armor has been shown to stop bullets more effectively than plain Kevlar, according to British firm BAE Systems. The material could be used to make thinner, lighter armor for military personnel and police officers, the BBC reports.

Materials scientists combined a shear-thickening liquid with traditional Kevlar to make a bulletproof material that absorbs the force of a bullet strike by becoming thicker and stickier.

Its molecules lock together more tightly when it is struck, the scientists explained — they described it as “bulletproof custard,” the BBC reports.

Shear-thickening liquids are composed of hard nanoparticles suspended in a liquid, which turns rigid after being struck with a bullet or shrapnel. BAE says their tests provide the first clear evidence that it can actually protect people.

In the tests, BAE scientists used a gas gun to fire ball-bearing bullets at nearly 1,000 feet per second at two test materials — 31 layers of regular Kevlar and 10 layers of Kevlar combined with the shear-thickening liquid.

The shear-thickening liquid stopped the bullets more quickly and prevented them from penetrating as deeply, the BBC says. British media got a preview of the materials at a BAE facility in Bristol, England.

The U.S. Army Research Laboratory has studied using liquid armor to replace traditional Kevlar armor, which is heavy and bulky.