To conform to the New Strategic Arms Reduction Treaty, the U.S. must cull its deployed nuclear strategic warheads by roughly... 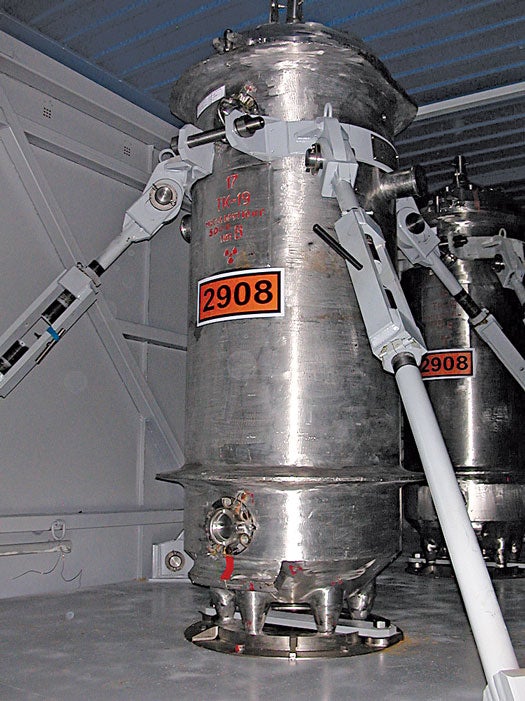 To conform to the New Strategic Arms Reduction Treaty, the U.S. must cull its deployed nuclear strategic warheads by roughly 700. Once the National Nuclear Security Administration’s scientists inspect each warhead to determine the best way to take it apart, it goes to Pantex Plant in Texas, the only facility cleared to disassemble nukes.

The conventional explosive used to trigger the nuclear reaction is the most volatile part of the bomb, so it is removed first and burned. Plutonium and highly enriched uranium are removed and shipped to other facilities, where they are later converted into fuel rods for use in nuclear-power plants.

One might suspect that a person who handles nuclear bombs would need a steady supply of antacids. But bombs are recycled in the same slow, reliable, boring sort of way as other technologies—only, while wearing a radiation suit. “That said, you can never lose respect of the material you’re handling,” says Bron Johnston, the dismantlement manager at the Y-12 facility at the National Security Complex in Oak Ridge, Tennessee, where uranium is handled. “Safety is paramount. It’s not like you’re working in a bread factory.”