Electric cars are nothing new: From lever-powered hybrids to generator-towing luxury cars, we've tracked their progress for nearly a century 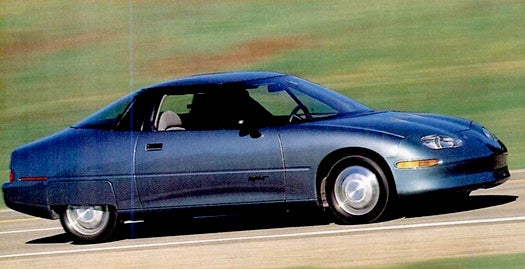 It’s shaping up to be a big year for electric cars, with Chevrolet’s Volt and Nissan’s Leaf due before 2010 draws to a close.

Which makes it as good a time as ever to remind ourselves that the idea of an electric car is far from novel; in fact, it’s been a persistent, tantalizing puzzle for automotive engineers hoping to eliminate gasoline from the equation for over a century. And there’s no better place to track the history of the electric car than in the complete [ 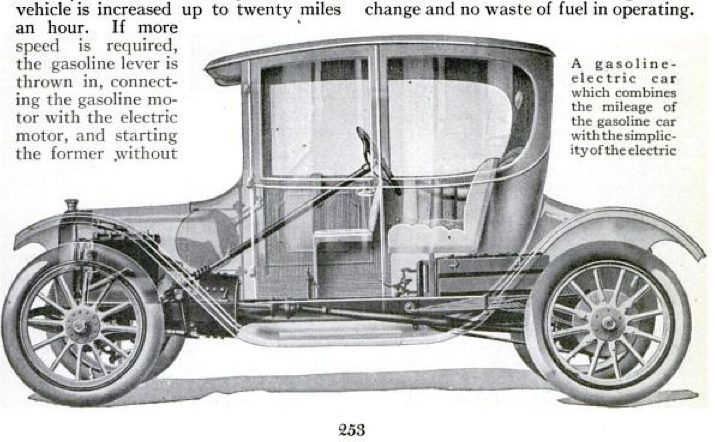 August of 1916 was our first issue to cover a hybrid gasoline-electric automobile. The car combines the “utility of both a gasoline and an electric automobile”. In lieu of pedals, a lever was used to control the throttle. The result was a dual-passenger car that was, even in 1916, marketed for its fuel-efficiency. Read the full story: A Gasoline-Electric Automobile 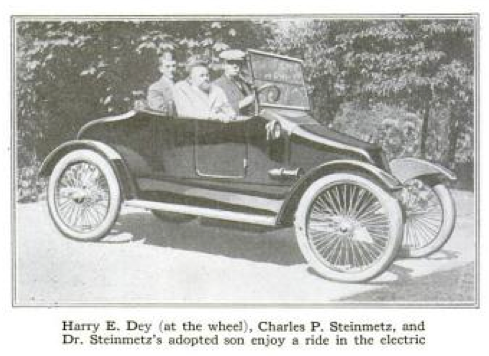 In 1920, we looked at a New Jersey inventor’s innovative early hybrid. The electric motor was mounted directly on the rear axle, and a generator charges the batteries while coasting. An optional four-cylinder gas engine up front can kick in for more charging on the road. Read the full story: Go Jaunting in an Electric The electric car circa 1920 is small and lightweight to make the most of its electric motor. The cost of operating the car is claimed to be cheaper than the high cost of gasoline. In fact, rising gas prices after World War I caused “…electric cars [to] have increased eight hundred percent in England” making the electric car a practical alternative to trolley rides. Read the full story: Motoring May Be Cheaper than Trolleying

As the focus on gas prices intensified, an electric car became an ideal candidate for the American family’s second car. The main selling point for the car was its comfort, small size and simplicity to operate due to the absence of gears and pedals. The costs are also minimized by the availability of electricity and the low repair and garaging costs. Read the full story: This Electric Automobile Has Sixty Mile Radius with Low Operating Cost 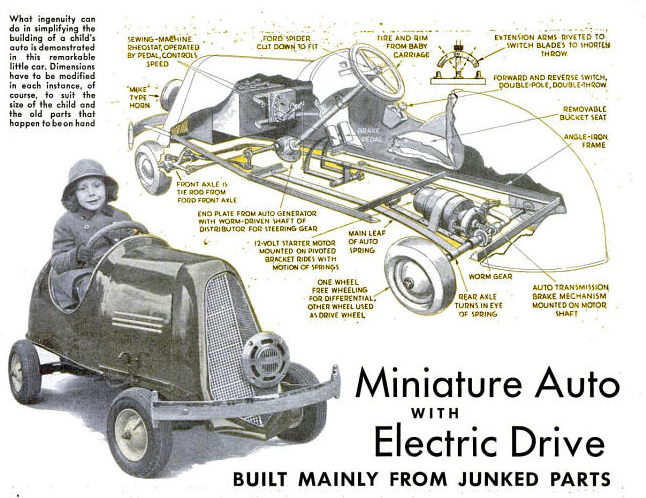 Behold, the first DIY electric car. It was built for a five-year-old girl out of used car parts, paving the way for future experiments. Check out the initial plans and read the full story: Miniature Auto With Electric Drive 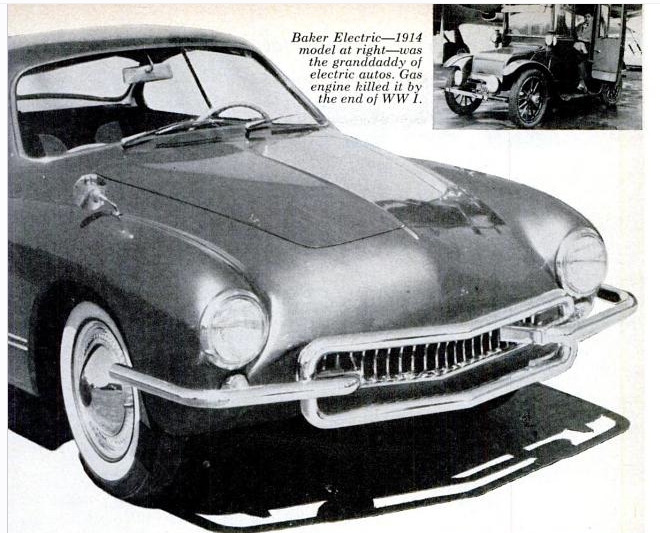 Skip forward to 1959, and the Charles Town-About—a car we hailed to be the next installment in the history of electric vehicles finds its way to print. With its attractive design, eighty-mile driving range, seven-hour recharging time–all on “18 cents’ current,” it was easy for us to get excited. Read the full story: New Small Car Runs on Electricity 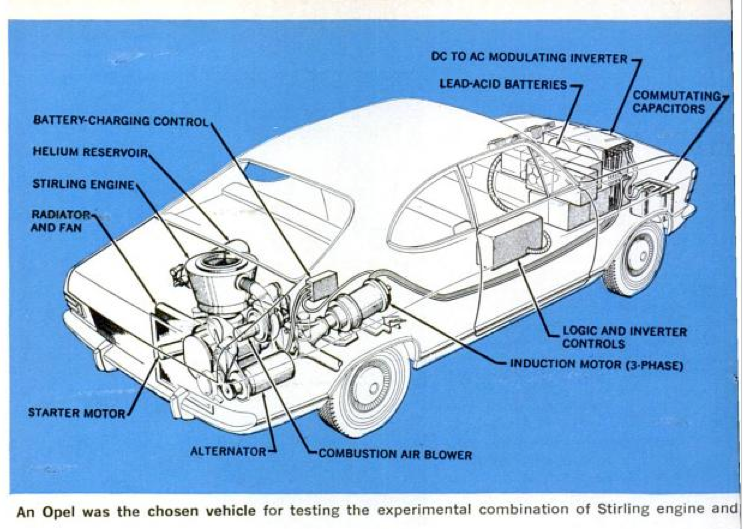 In 1968, a promising GM hybrid combined a Stirling engine with 14 automotive 12-volt batteries. The car introduces the idea of “break-even” speed, meaning, at 30 miles per hour, the car drains no electric power since the Stirling engine is constantly recharging it. But startup and shutdown took upwards of twenty seconds and was described even then as a “procedure”. Read the full story: Test Driving GM’s

1973 presented several electric automobile alternatives, including an electrobus, and car with an entirely wooden body. The wooden body never caught on, and the problems with battery life persisted. The general public waited for a breakthrough that would solve the problem of charging the automobile. Read the full story: Electric Vehicles 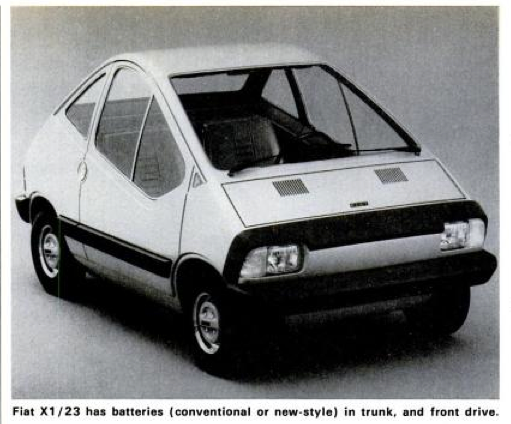 As gasoline prices soared in the early 1970s after the OPEC oil embargo crisis, interest in electrics surged. Here we see a concept from Fiat, weighing in at a trim 1,760 pounds with batteries, but with a top speed of just 40mph over its 65-mile range. Read the full story: Clever engineering brings the electric car closer to our driveway 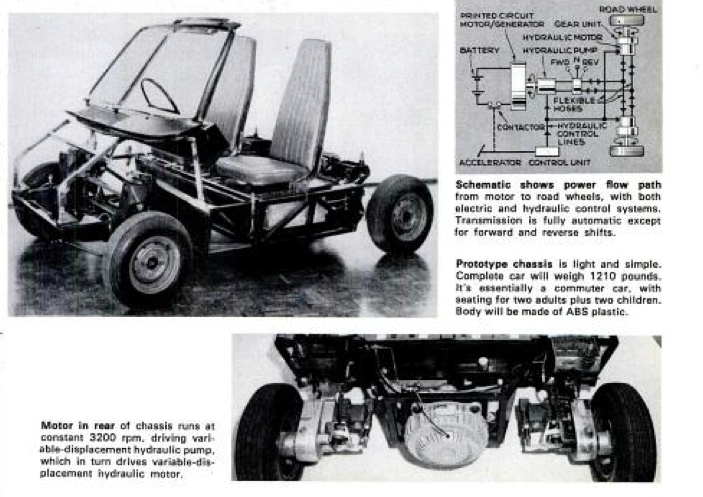 Flinder’s University in South Australia works to envision new concepts that don’t wait for an upgrade in battery power. Instead they focus on the motor and transmission. These advancements conserve the precious energy provided by the battery, expecting up to a 90 mile run on a single charge. Read the full story: Australians Pioneer New Electric Car Ideas 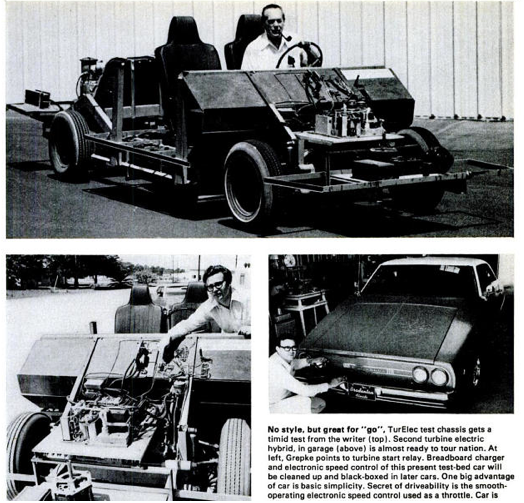 This turbine-electric car we looked at in 1975 has the power of two unconventional drivetrains: a gas turbine and an electric motor. Read the full story: Turbine Electric Car 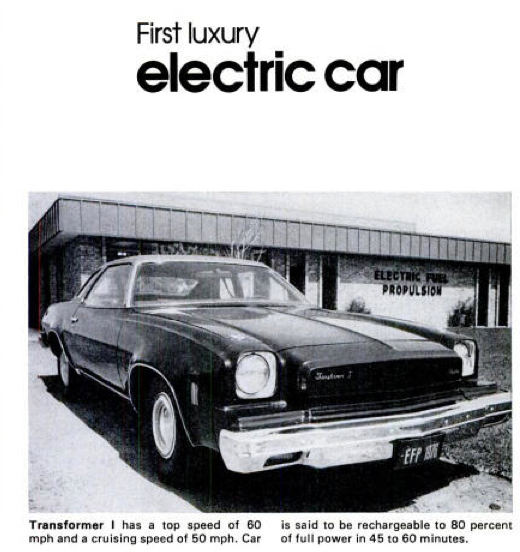 The Transformer 1 was introduced as the first luxury, long-haul electric car on the market—but there’s a bit of a catch: a tow-behind trailer housing a gasoline powered generator is necessary for longer trips. But with it, the car could cover 1,100 miles at 50 mph. Read the full story: First Luxury Electric Car 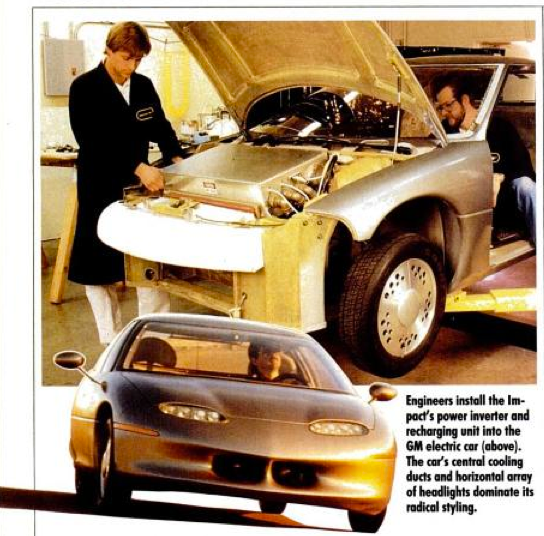 At the LA Auto Show In 1990, GM revealed an advanced electric concept car, the Impact—which would later take shape and hit the market as the infamous EV1. Initially we were skeptical: the batteries weighed 870 pounds and were expensive to replace, and it seemed likely that it would never reach production. Read the full story: BMW’s Electric Debut 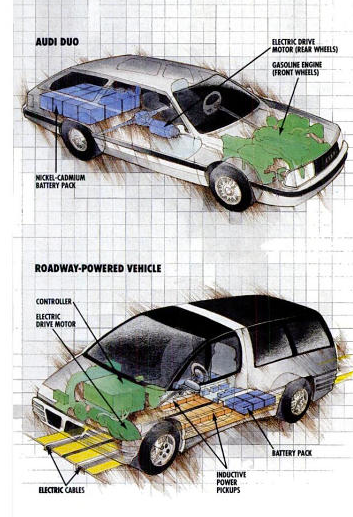 To fight a growing smog problem in the early 1990s, Los Angeles looked to the electric car. The L.A Electric Car Initiative asked sought designs for a contract for up to 10,000 electric vehicles. Audi submitted a finalist with its “Duo”, a hybrid car that used only electricity for the back axle and gasoline for the front wheels. An even more radical idea was the road-powered infrastructure system. These road-powered cars would be constantly charged via an electrical road infrastructure. Read the full story: Electric Vehicles Only 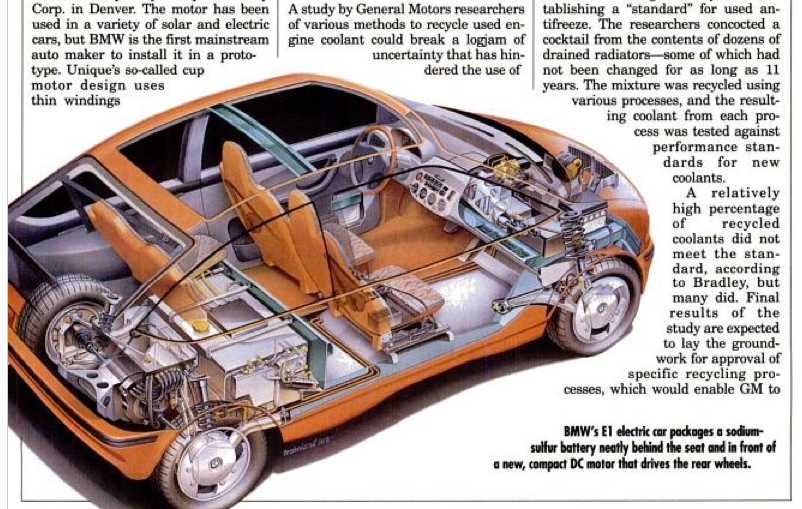 BMW unveiled the E1 at the 1991 Frankfurt auto show. The electric concept car boasts a skin of recyclable plastic, a weight of less than 2,000 pounds and a 170-mile range on a single charge with a top speed of 80mph. Read the full story: BMW’s Electric Debut 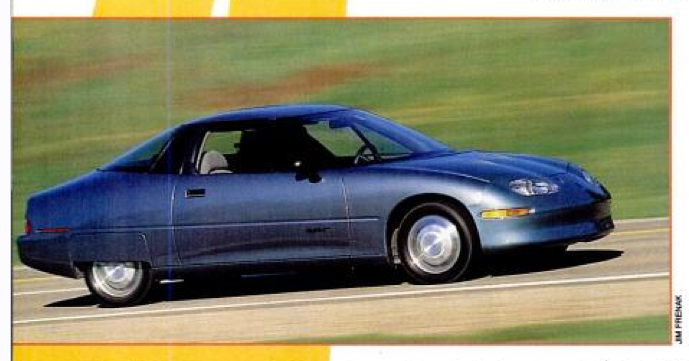 Four years later, the GM Impact concept is still alive and kicking, and we had a chance to drive one. It was the car that many hoped would launch a viable electric car industry, and by 1996 GM had begun to manufacture and sell it as the EV1—making it the first modern mass-produced electric car from a major manufacturer. If the name sounds familiar, the EV1 was the subject of the 2006 documentary “Who Killed The Electric Car”, which shed new light on the theory that GM intentionally failed to promote and sell their new electric car in collusion with the petroleum industry. Read the full story: We Drive the World’s Best Electric Car 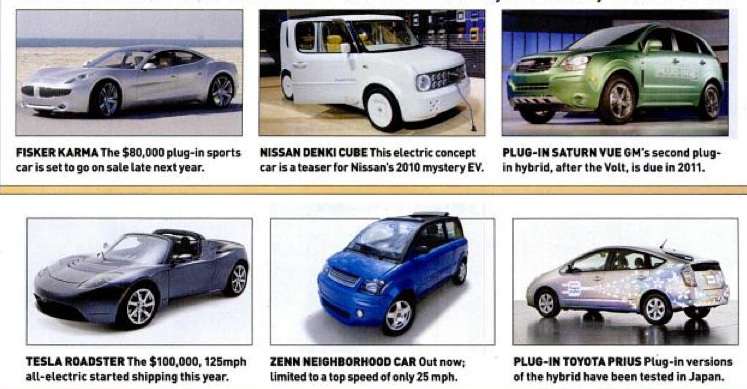 The Rebirth of the Electric Car: November 2008