A new tiny car designed by Gordon Murray, the man behind the 240-mph McClaren F1 supercar may top out at... 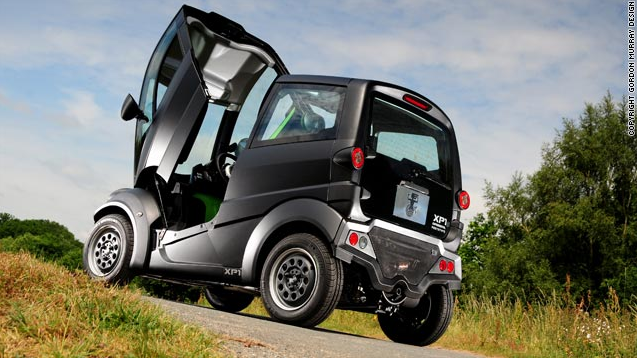 A new tiny car designed by Gordon Murray, the man behind the 240-mph McClaren F1 supercar may top out at one third the speed (80 mph), but it can ride two to a lane, suggesting a new way to reduce congestion on city streets.

The T.25, revealed today, runs on regular gasoline and will cost about $9,000, CNN-UK reports. Its fuel efficiency is about 74 miles per gallon, partly because it’s a lightweight 1,200 pounds.

Like the iconic F1 racer, the T.25 has a central driving position, allowing motorists to feel like they’re in a miniaturized Gran Prix. 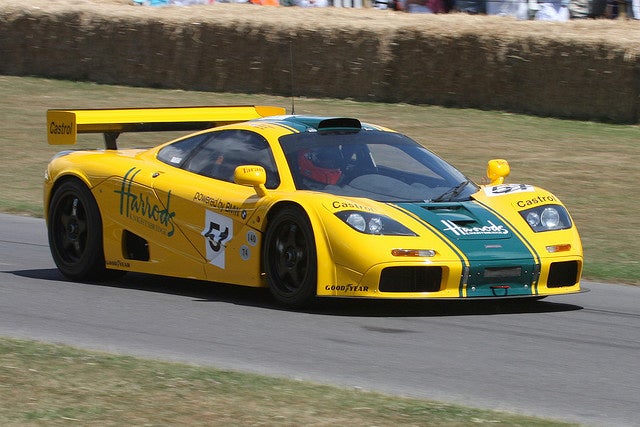 This one goes just a bit faster than 80 mph

Murray’s design team had been secretive about the T.25’s details until Monday, when the car made its first public appearance. It showed up at the Smith School’s World Forum on Enterprise and the Environment in Oxford.

It’s smaller than the Smart car, at less than 8 feet long and about 4 feet wide. That narrow size would make it possible for two cars to ride in a UK highway lane, and for three cars to fit in a typical parallel parking space, Murray’s Web site says.

The car’s manufacturing process is also unique — Murray claims his “iStream” process will revolutionize the assembly line. It allows all major components to be fitted directly on to the chassis prior to the body panels, which are pre-painted and recyclable.

The car has a modular interior that allows for six different configurations, which can be easily changed to fit passengers or cargo. Murray’s team is planning T.25 versions of a van, pickup truck, taxi, police car, convertible and even a minivan, according to Green Car Reports.