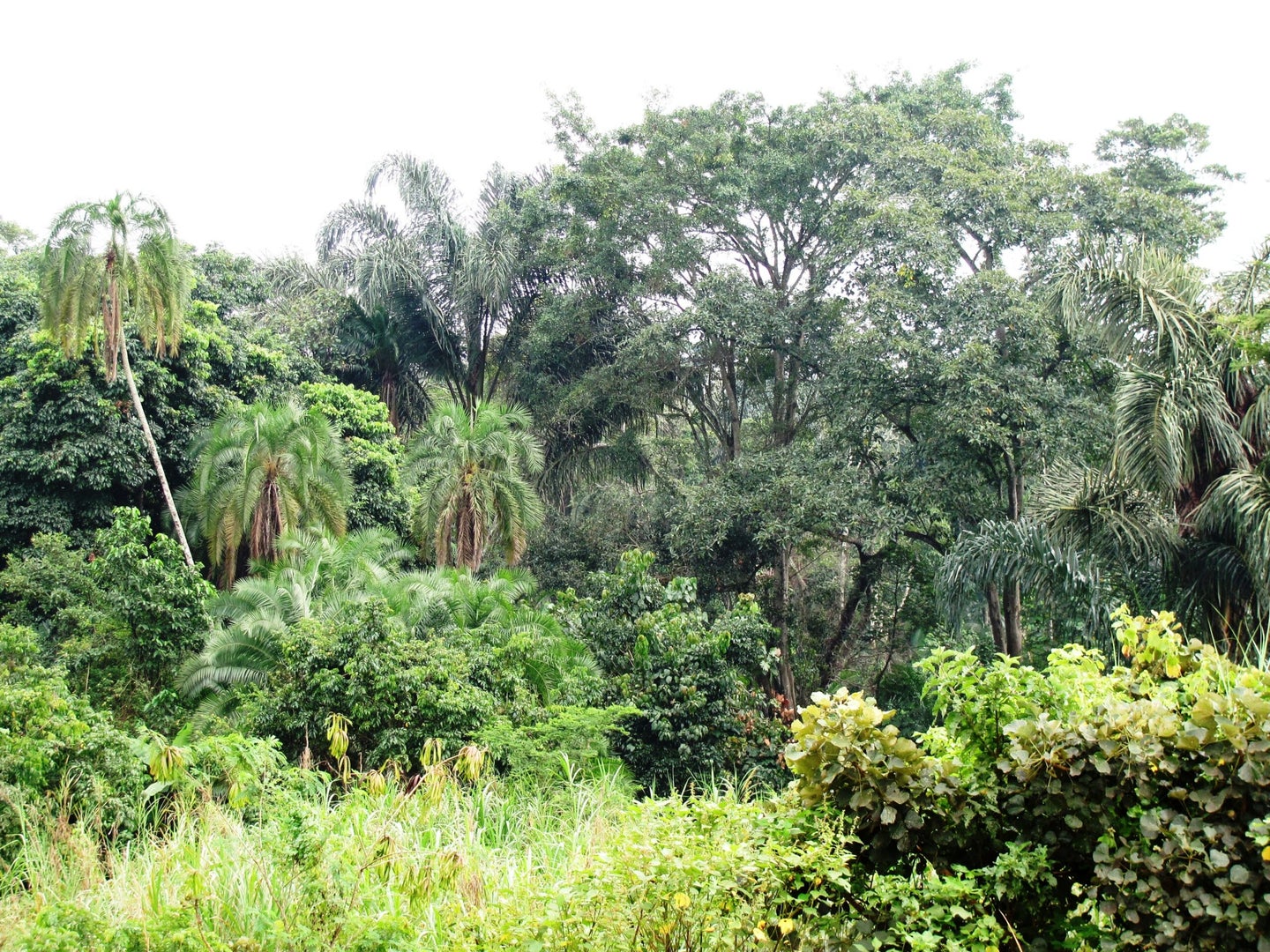 A forested region in the study area. Megan Kearns
SHARE

The lush forests of Uganda provide a home for thousands of species of flora and fauna, including endangered chimpanzees. But they’re also owned by private landowners, and they sometimes have to chop down a few trees to make ends meet.

In the ongoing battle against extensive deforestation, the Ugandan government wanted to know if there was a way to save the rainforest without inflicting financial hardship on landowners. Paying people not to cut down trees on their land is part of an idea called Payments for Ecosystem Services (PES), and it’s been attempted in several places (including Costa Rica and Mexico) as a way of protecting forested areas.

PES sounds like a great idea, but until recently, no one was sure how well it worked. People who voluntarily enrolled in the plan might have already intended to keep the trees alive, making no difference in the total number of trees saved. Or perhaps people who enrolled in the plan found loopholes that allowed them to chop down forests on neighboring parcels, making things worse and wasting money at the same time.

Now, a new study published Thursday in Science shows that at least in Uganda, PES pays off.

Seema Jayachandran, a development economist at Northwestern, and colleagues set up a two-year experiment involving 120 villages in Uganda. In half of the villages, landowners were given money to preserve the forest on their property. As a control, the other half weren’t.

“Randomized trials have taken off in a lot of areas of social policy but they haven’t taken off in conservation,” Jayachandran says. “We were trying to spark stronger evaluation methods around conservation policy.”

“The challenge with measuring an impact of the policy is you need to know what would have happened absent the program,” Jayachandran says.

At the end of the two years, the control group had deforested nine percent of their land. In the experimental group, which received about $28 annually per hectare (2.5 acres) of forested land that they preserved, the deforestation rate was only four percent. Researchers kept track of forest loss and preservation through on-the-ground observations and high-resolution images from commercial satellites, which allowed them to track every tree in the area.

“A lot of people are aware that preserving the forest would be good,” Jayachandran says. “But people are trying to make ends meet. This project has made me realize how much environmentalism is kind of a luxury. I’m economically comfortable enough that I can make decisions that hurt me financially to protect the environment.”

But if you’re a poor Ugandan farmer struggling to keep your family alive and comfortable, that decision becomes a lot harder. Jayachandran points out that many people in the area understand that conservation is important, but have to make difficult choices; cut down three trees for $30 and pay school fees for the year, or leave the trees where they are and deny your children an education.

“I don’t fault someone for choosing to cut down those trees and send their kids to school,” Jayachandran says. “This program is saying, we’ll compensate you so you’re as well off, or a bit better off financially as a result of conserving, so it’s a win-win for you; you’re doing ok financially and you’re happy because you’re conserving the environment.”

The benefits of the program extend beyond Uganda—and beyond individual landowners. When a tree is cut down and burned for firewood, or used and eventually left to decompose, it releases carbon dioxide back into the environment. Carbon dioxide is a greenhouse gas, and excess amounts pumped into the atmosphere are causing the planet to warm up. Preserving the forest means keeping that carbon dioxide in the trees’ tissues, locking it away from the atmosphere for a longer amount of time.

Other environmental efforts are focused on emissions-heavy countries in the developed world, which produce most of the planet’s carbon dioxide emissions. Those efforts, while incredibly important, also cost more money than programs like PES in Uganda.

Jayachandran estimates that for every $200 spent on the program over two years, the world got about a $500 benefit.

“We get the same environmental benefit wherever in the world we avert a ton of carbon dioxide emissions. It’s a truly global problem,” Jayachandran says.

Though this was a two year program, Jayachandran says that the benefits of pushing the release of carbon dioxide down the road (either if the landowners eventually decide to cut down the trees, or the when the tree dies naturally) remain high. Her team assumed the most pessimistic view they could; that people would start deforesting faster after the program ended. If that were the case, they found that the ratio of benefits to costs was still at about 2.5, with benefits still outweighing the cost.

Their calculations showed that if the programs continued longer, that number could go up dramatically, rising to a benefit to cost ratio of about ten to one if the program continued in perpetuity. Realistically, that probably doesn’t make sense. Governments and organizations have budgets that they have to adhere to.

But, Jayachandran says, there’s a very good chance that their pessimism was unfounded. People in the area tend to cut down trees to meet emergency expenses, not as a steady income source, so there’s a chance the rate of deforestation won’t accelerate. She plans to go back and study the research area now, four years after the pilot program ended, to see what the longer term effects are.

“I hope our evidence makes people feel more optimistic that this approach can work,” Jayachandran says. “There were lots of opportunities to game the system or find loopholes, but those worst case scenarios weren’t borne out in reality, at least not in this setting.“

In the end, getting people to stop using the forests as their rainy day fund might be as simple as giving them a financial umbrella.