How a bewitching weather phenomenon took over a Maine town 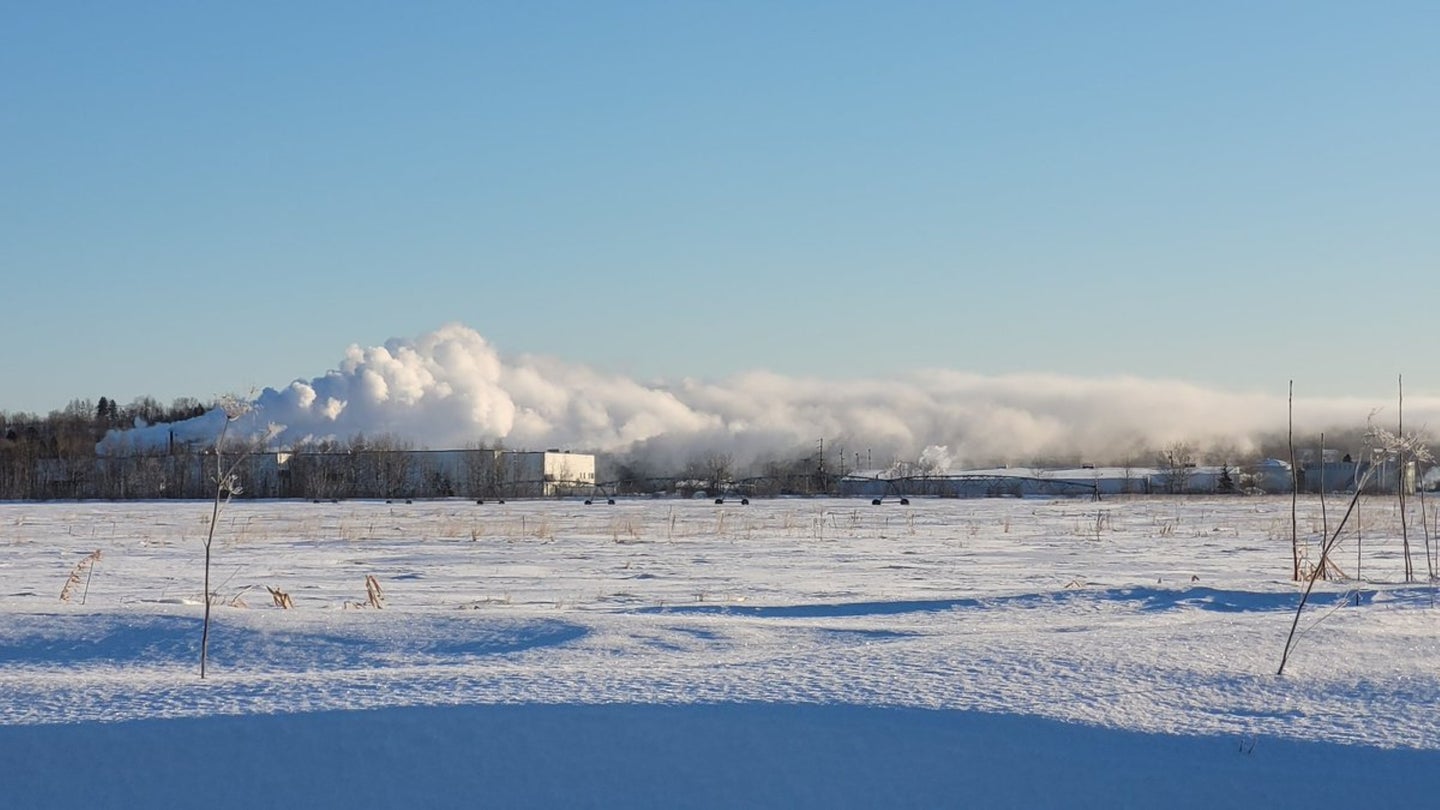 Clouds hugged the ground during a temperature inversion this weekend in Washburn, Maine. NWS Caribou
SHARE

Residents of Washburn, Maine, experienced an otherworldly weather phenomenon known as an inversion amidst frigid temperatures of minus 25°F over the weekend. A cloud layer hung low and thickly over the valley, as if the ground had been elevated to the heavens and into a dreamscape.

As the name suggests, an inversion occurs when the vertical temperature profile of air flips. Temperatures usually drop higher up into the troposphere, the atmosphere’s base and, weather-wise, the most happening layer. There, lower atmospheric pressure and the ground’s natural ability to absorb heat from the sun during sunlit hours keep air warm. But during an inversion, aided by snow cover and still winds, warm air may ascend above cold air and trap it underneath. (One winter evening of 2010 in Twin Cities, Minnesota, meteorologists recorded a then-record breaking inversion: the air at 46,000 feet elevation was a balmy 58°F, while the ground shivered at temperatures below freezing.)

Occasionally, the air hugging the ground can cool more quickly than air at higher altitudes, especially during a wintry day, as had occurred in Washburn. Low-lying places are more prone to this cooling, especially in sheltered valleys where winds can’t cause a stir, so they become a sump of cold air. Warm air—as warm air always does—rises, and cages the cold air beneath, for several days or weeks. At the interface between the incongruous layers of air, particles and moisture condense to create cloud covers.

While inversions can make for spectacular views and beautiful photo ops—the perfect opportunity for a marriage proposal, perhaps—the weather phenomenon isn’t always something to celebrate or delight in. Inversions can locally confine smog and air pollution. This kind of haze has been the bane of locales such as Salt Lake Valley in Utah or Bogus Basin in Boise, Idaho, which was smacked with a moderate air quality advisory in mid-January.

[Related: Learn to read clouds, birds, and leaves to predict the weather]

In the face of wildfires gushing out plumes of smoke, inversions can exacerbate harms to the respiratory health of nearby residents. During the height of an inversion, townsfolk are advised not to burn wood, and farmers not to spray pesticides. Cities may often experience inversions of the negative kind, especially given their higher levels of emissions of atmospheric pollutants that provide fresh fodder for condensation. Mountain-flanked urban areas are especially susceptible to inversions.