Historic heat dome sets yet another climate record in Western US

The extreme heat began on August 30 and is expected to peak today. 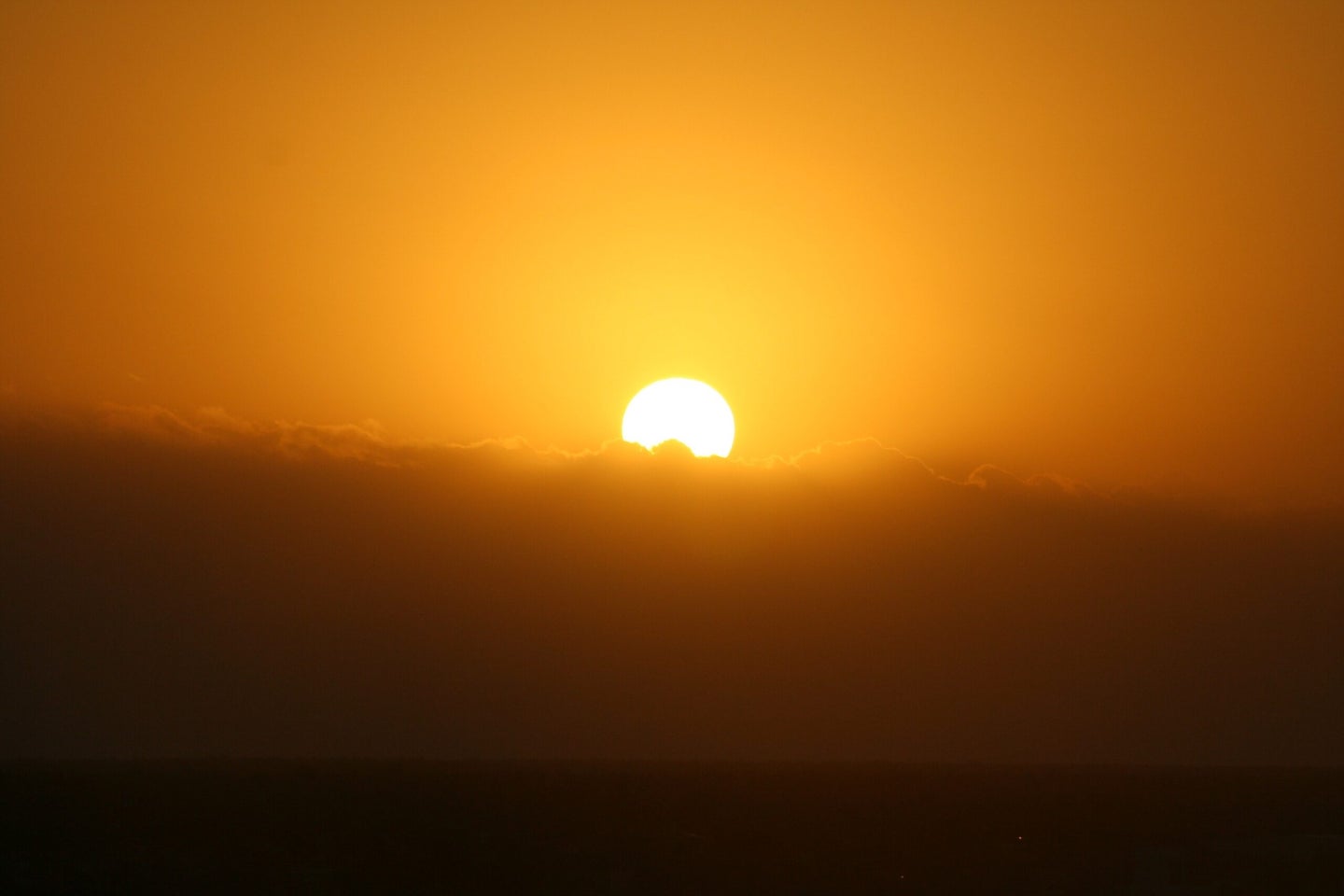 While Labor Day marks the unofficial end to summer, this sweltering season is tightening its grip on the western United States. A potentially historic heat wave has 46 million people in six states under an excessive heat warning today.

The heatwave began on August 30 and is expected to peak today or tomorrow, with temperatures gradually falling.

Some of the most excessive heat is forecast for California’s Central Valley. According to the National Weather Service, the capital city of Sacramento has a 67 percent chance to match its September record of 109 degrees tomorrow.

[Related: How US cities are preparing for more life-threatening heatwaves.]

The heat is putting immense strain on the power grid, as desperate residents crank up the air conditioning to stay safe. The California Independent System Operator (ISO), has issued multiple “Flex Alerts,” calling energy conservation between the hours 4 p.m. and 9 p.m. to avoid power outages.

“California consumers and businesses have responded to our Flex Alert calls with helpful reductions in their electricity use during the grid’s most challenging hours,” said California ISO chief executive Elliot Mainzer in a video update on Saturday, ahead of the extension of the alert. “Cooperation like this makes a real difference, so thank you everyone for that help.” The agency is bracing for peak demand on Tuesday of more than 50,000 megawatts.

While global warming is causing heat waves like this one to occur with greater frequency, this record-breaking heat is caused by a particularly nasty situation called a heat dome. Heat domes occur when the atmosphere acts like a giant hat and traps in hot air over land or water. According to the National Oceanic and Atmospheric Administration (NOAA), this phenomenon occurs when strong, high-pressure atmospheric conditions combine with influences from La Niña. The high pressure system pushes hot air downward, compresses it, and warms it further. This creates huge areas of sweltering heat that gets trapped under the “dome” of high-pressure. The heat dome also stop clouds from forming, making it less likely for cloud cover to block the sun’s heat or relief from rain.

[Related: A ‘heat dome’ is searing the US with record-breaking temperatures.]

The air circulation patterns higher up in the atmosphere will also influence whether high pressure persists and trigger a heat wave. As prevailing winds from the Pacific Ocean move the hot air east over land, northern shifts of the jet stream trap the air and move it toward land. There, the hot air sinks, resulting in heat waves. As the arctic has warmed due to climate change, the jet stream has slowed down, causing these areas of heat to be stuck in one place longer.

According to The San Francisco Chronicle, these heat domes can even overcome the cooling effect of California’s marine layer (air chilled by the Pacific Ocean). Heat domes are more commonly seen above the land, but marine heat waves can also occur.

Climate change has also made California a more humid place. In an interview with The Washington Post, Alexander Gershunov from the Scripps Institution of Oceanography said, “with higher humidity, temperatures don’t really drop that much at night. And in terms of health impacts, that pretty much removes the nighttime respite that we need to face another day of scorching heat.”

These overall trends are not a surprise to researchers. Of all the extreme weather events, heat waves are “the most closely-related and directly-impacted by global warming,” adds Gershunov.

Heatwaves are among the most dangerous natural hazards, killing more than 166,000 people between 1998 and 2017. To keep cool (even without air conditioning) scientists recommend wearing loos fitting clothing in lighter colors that don’t absorb as much heat, staying hydrated, taking cool showers throughout the day, and blocking out the sun using curtains or shades.