Cutting back on beef can lengthen your lifespan, but by how much?

Swapping red meat for pretty much anything else will help your health. 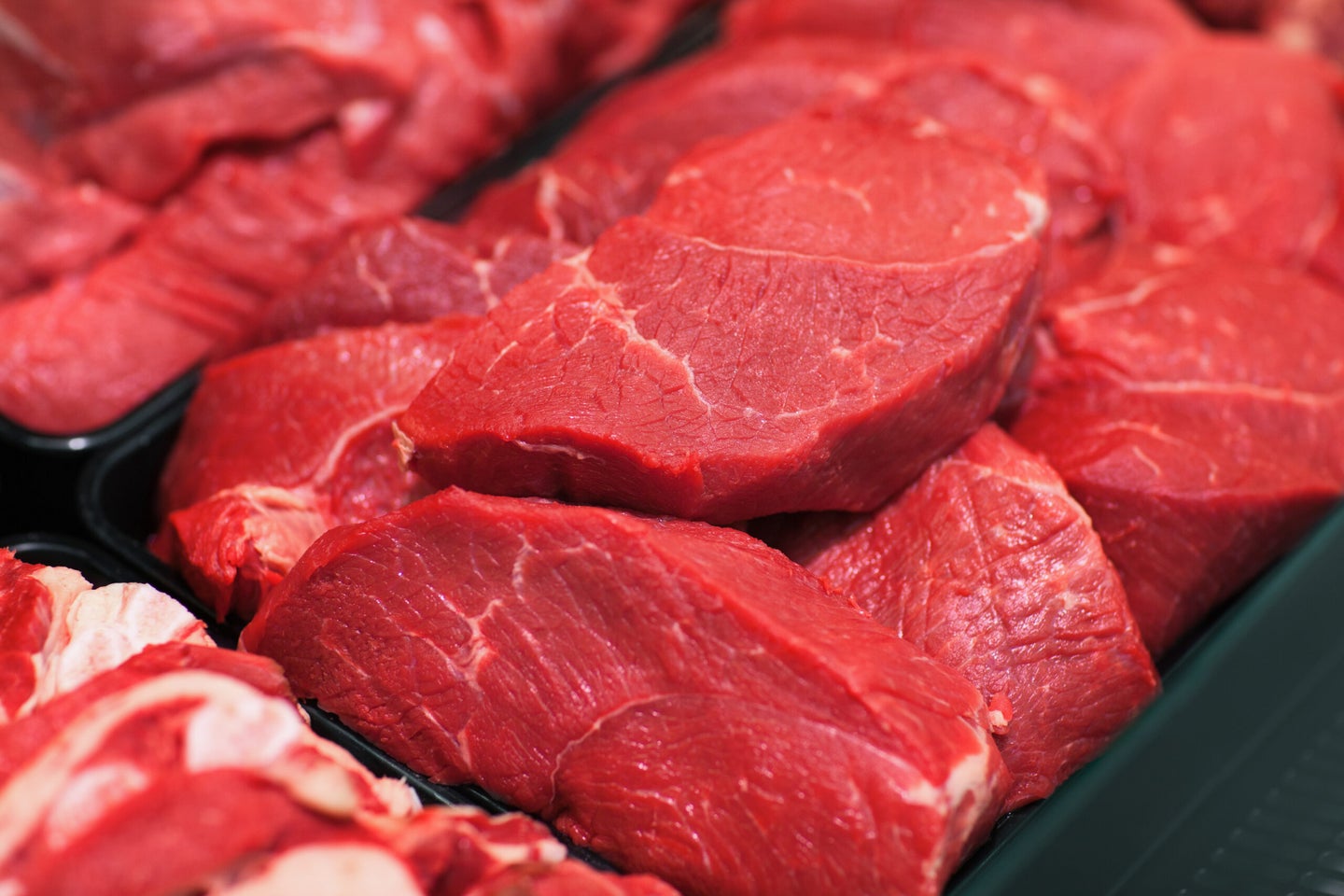 By now you know you’re not supposed to eat loads of red meat. But for plenty of us, it’s hard to look a juicy steak in the eye and say “no.” Change is hard. And how much would it really impact things anyway?

Nutritionists asked themselves the same question. So they tested it. And it turns out it does matter, though just a little bit. For every daily serving of red meat that people swapped out for some other, healthier food group, their mortality decreased by 17 percent. Meanwhile, folks who ate just a half serving more of red meat per day increased their mortality by 10 percent. The team published these results this week in the British Medical Journal.

There are two absolutely enormous, long-term studies that lend themselves well to answering these types of hypothesis: The Nurses’ Health Study and the Health Professionals Follow-up Study. Combined, they represent data from 81,469 people (more women than men) with 14,109 recorded deaths between them over a period of 16 years. All of these study subjects completed surveys every four years to report on what they were eating, along with a whole host of other variables—whether they smoked, how much they drank, and how often they exercised, for example.

All that data allows researchers to control for as many variables as possible. People who start opting for lean fish over fatty steak are also more likely to start exercising, for instance, which could change their mortality risk independent of the red meat issue. The researchers used the first eight years of data to track how diets changed, then observed what happened to those people in the subsequent eight years. Even after controlling for all these variables, changing beef and pork intake still influenced the chances of death.

It also mattered what kind of food you swapped out the sausage for. Exchanging it for any other source of protein or fiber helped, but not to the same extent. Legumes had the lowest impact, while nuts and fish had the highest. Swapping in a serving of nuts decreased mortality by 18 percent (or fish, for 16 percent), whereas going for legumes dropped it by only 6 percent. Other veggies, whole grains, eggs, dairy, and poultry (without the skin) all decreased mortality by around 8 to 12 percent.

That’s not nothing. Across an entire population, that adds up to a significantly healthier, longer-living bunch. But as with all nutrition studies like this, it’s important to remember that making a combination of sustainable, risk-lowering life changes is what’s actually going to give you a boost. A decreased mortality risk of 17 percent isn’t so giant that it will have a game-changing impact on your life expectancy. Health is holistic. You’ll only get so far swapping out red meat if you also drink beer every day, or if you never exercise. Equally, your modest burger habit has less of an impact if you also munch on whole grain toast instead of sugary cereals and go hiking regularly.

Having a solid diet overall, though, really does impact your risk of developing cancer (especially colorectal cancer) and heart disease. But you certainly don’t have to stop eating steak entirely to be healthy. You just have to have a diet that’s healthy overall—and unfortunately, that probably means less red meat.