Your stretching intestine is what tells your brain to stop eating 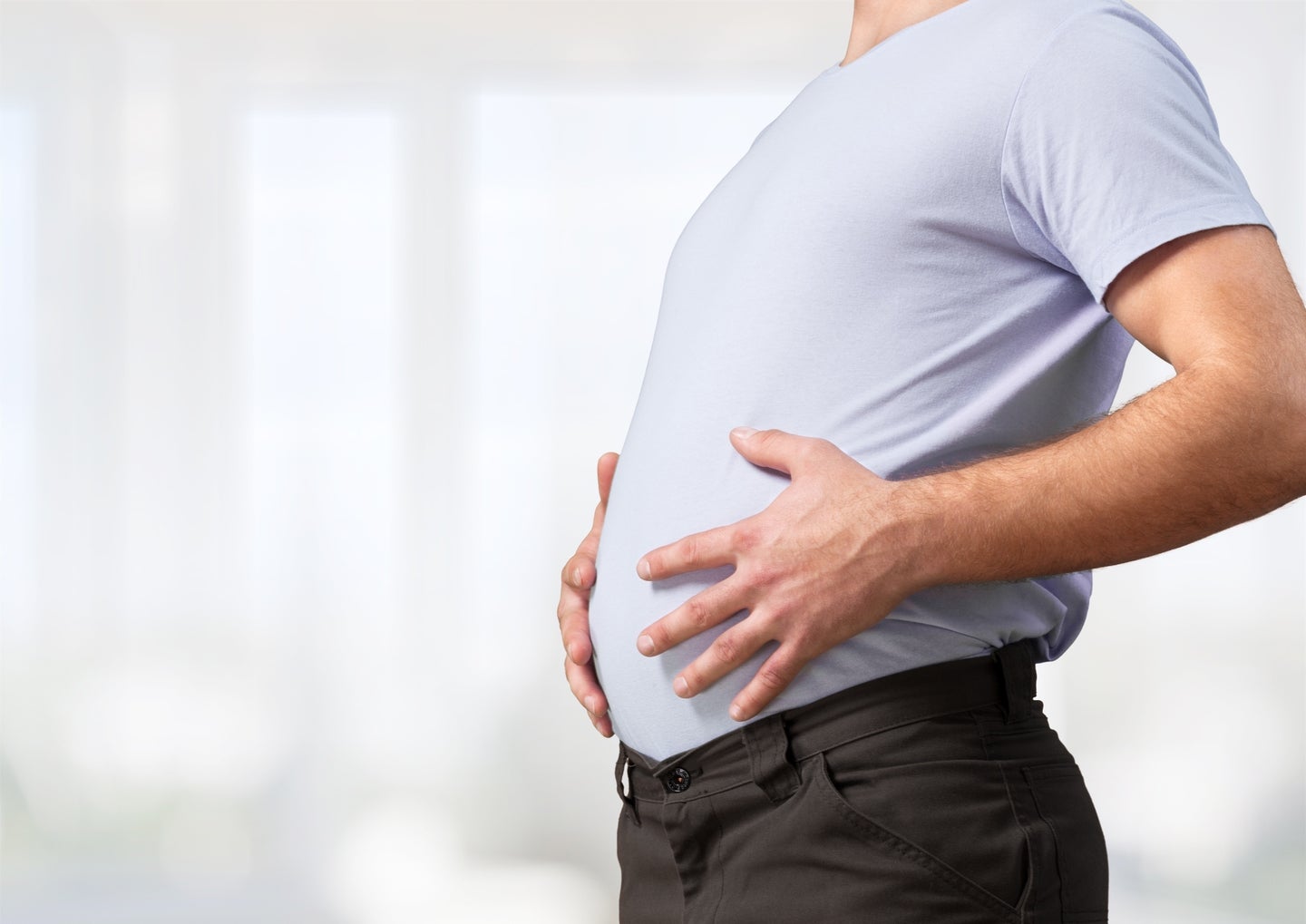 The elastic waistband of your pants won’t be the only thing that’s stretched out after this year’s Thanksgiving dinner. Your stomach and intestines will be, too—and new research suggests it’s your engorged intestines that will make you feel full.

Scientists long thought that nerve feedback from the stomach triggered the brain to send signals of fullness, and research has shown that both stomach stretching and the nutrients in your food play a role in telling your noggin it’s time to slow down. But until now, it wasn’t quite clear which gut nerve endings—collectively known as the vagus nerve—were involved.

“We know that food in the GI is definitely important to provide feedback for the brain and regulate how much we’re going to eat,” says study author Bai Ling, a neuroscientist at the University of California, San Francisco. But scientists have yet to identify the roles of all the different nerve cells (or neurons) in the gut.

Ling and her colleagues started figuring out this puzzle by using genetic sequencing to create a map of the different neurons in the GI tract. Then, they genetically engineered the neurons of mice to be activated by light. This allowed them to easily stimulate those specific neurons and see which affected the rodents’ appetites.

First, they activated the neurons that detect stomach stretch, and the unfed mice ate less because they felt like their stomachs were already full. That confirmed something scientists already knew. More surprising was what happened when they activated neurons that detect stretch in the intestines: The mice barely ate anything. When the researchers stopped stimulating those neurons, however, their subjects all ate normally.

That second finding was unexpected, says Bai, but it makes sense. “The entire GI tract holds the food and the nutrients,” she says. “So it makes sense that measuring intestinal stretch is also important to providing feedback to regulate the ingestion behavior.” The fact that the intestine seems to play an outsize role in affecting fullness was just a surprise because research so far has focused on the stomach.

The study was also able to demonstrate that another piece of accepted knowledge about fullness may not be as important as previously thought. In a separate part of the study, Bai and her colleagues activated the neurons that detect the nutritional content of the stomach, which past work has shown plays a role in the feeling of fullness. However, activating these neurons didn’t seem to impact how much the mice ate.

Thinking about it, “you would consider stretching to play some role in this,” says Michael Krashes, a National Institute of Health neuroscientist who was not involved in the current study. The big discovery in the past few years was that nutrients play a role in signaling the feeling of fullness, he says. Given the results of this study, though, “It looks like nutrients still play a role, but… stretch receptors can also potently inhibit feeding.”

There’s still a lot to understand about how we feel full, he says. For one thing, the response in mice whose neurons aren’t being artificially turned on and off with light is probably a lot less black-and-white. When they’re eating and getting those signals because of actual, physical fullness, he says, “I guarantee it doesn’t happen as quickly as demonstrated here.”

For another thing, says Bai, their mapping identified a lot of neurons whose role in producing a feeling of fullness still isn’t understood. Her team is doing more research to figure that out.

In the long term, these findings might help us treat medical conditions related to nutrition. But for now, just try to listen to your vagus nerve when it tells you not to have that third piece of pie.