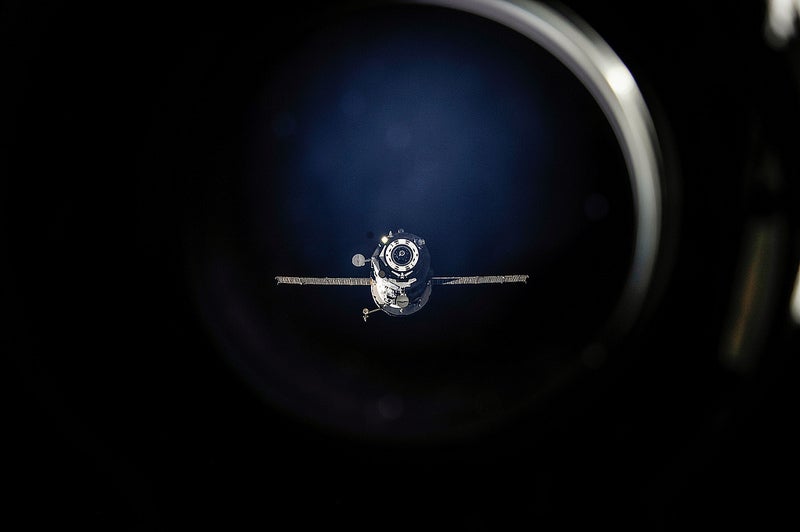 It’s official: Progress 59 isn’t going to make it to the International Space Station.

Early Tuesday morning, after launching from Russia, the unmanned cargo resupply ship suffered a malfunction when it reached orbit. It’s possible that a couple of its navigational antennas failed to deploy. Roscosmos did not receive any communication or data from the spacecraft after that. Meanwhile, video from NASA TV showed the probe spinning wildly while in orbit.

When the glitch first occurred, NASA announced that the Russian space agency would postpone Progress’s docking with the ISS until Thursday, allowing flight controllers time to regain control of the capsule. But yesterday morning, NASA relayed word that the Progress was still unresponsive and that a rendezvous with the station wouldn’t be happening at all.

The space agency was quick to note that the astronauts are 100 percent fine. Through Progress 59 was carrying thousands of pounds of food and other supplies, NASA likes to over prepare just in case situations like this arise, so the station is well stocked for the next few months. An update on NASA’s blog indicated that life has already gone back to normal for the crew.

As for the Progress, there’s nothing left to do but burn. Since no one can establish a clear line of communication with the cargo ship, ground control has no way to remotely operate its propulsion module, which is what guides the vehicle. That means eventually the spacecraft’s orbit will degrade, and it will fall toward our planet.

“Any spaceship that is left in an orbit without sufficient propulsion to keep it in orbit tends to degrade over time,” Stephanie Schierholz, a spokesperson for NASA, tells Popular Science. “The space station, we re-boost it every once and a while. [Engines on the ISS] allow us to adjust its orbit in order to meet an arriving space craft or for debris avoidance maneuvers.”

The Progress will slip closer and closer to our planet within the next two weeks before it’s finally pulled into our atmosphere. No need to cover your head: It’s designed to completely burn up during re-entry. It’s what these types of cargo ships have been doing for the past 37 years.