Scott Kelly Is Back On Earth, But His Instagram Is Still Epic

See the world anew, through the eyes of a long-term space traveler 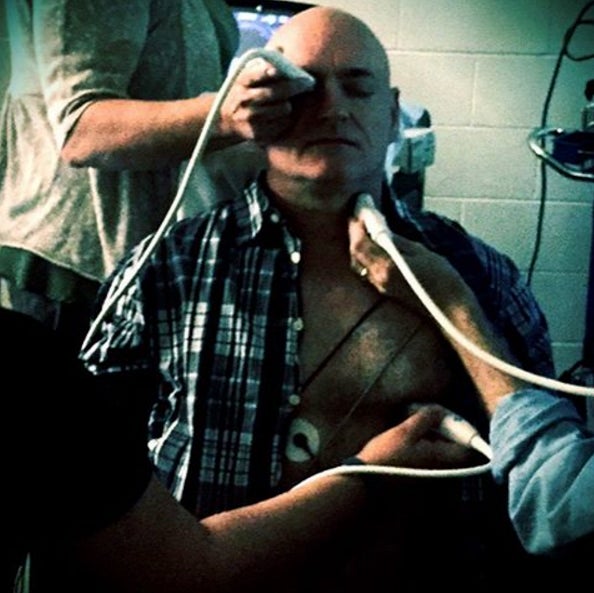 NASA astronaut Scott Kelly recently returned to Earth after spending almost a full year in space aboard the International Space Station, and while his social media accounts are sadly no longer filled with incredible shots of our planet from orbit, he’s still putting up lots of awesome images on Instagram.

In fact, I’d go so far as to say that following Kelly’s Instagram has become even more interesting and poignant now that he’s back on Earth, even compared to when he was in space. Looking at Kelly’s posts now is to see the Earth anew, through the eyes of a long-term space traveler — one of only a handful of such people in history so far (though we hope many more are to come). What Kelly chooses to share on Instagram reminds us about what makes life on our planet special. Also, his posts show us just how long and painstaking the process of doing science can be.

Check out this recent shot of Kelly undergoing ultrasound scans to detect how his bodily fluids shifted in orbit, one of many tests he’ll be subjected to over the course of the year. The astronaut, who announced he will be retiring from NASA next month, looks so serene but also badass, and vaguely Borg-like.

In this sped-up timelapse Instagram video, Kelly is suiting up to undergo tests of how well he can move after spending a year in microgravity (the ultra-low gravity of orbit).

This next one may be a little gory to some: Kelly’s shot of himself receiving a spinal tap. Notably, he calls out his twin brother, retired astronaut Mark Kelly, who is undergoing the same set of tests having spent the last year on Earth, thereby acting as the “control” in this experiment, or point-of-comparison for Kelly’s own vitals and results. As he writes: “Post #YearInSpace spinal tap yesterday for @ISS research. Your turn, @shuttlecdrkelly! “

It’s not all science and tests, though: Kelly has also highlighted some of his newfound appreciation for Earthly delights like this flower:

Like many of us who haven’t traveled to space, Kelly enjoys Instagramming pictures of his food. But for him, the meals — and even the simple act of sitting around a dining table with other people and using a full set of free-standing cutlery, neither of which he could do on the International Space Station — are imbued with newfound significance.

Kelly also suffers from some of the same problems as the rest of us: namely, getting his view blocked by new construction. As he writes of this next shot: “I used to have a better view of #sunset. Then a house was built in my backyard while I was in space. But I’m outside which is great!”

If you aren’t already, you should really start following Scott Kelly on Instagram now.