It’s safe to say the 50-year-old motor design has got to go. 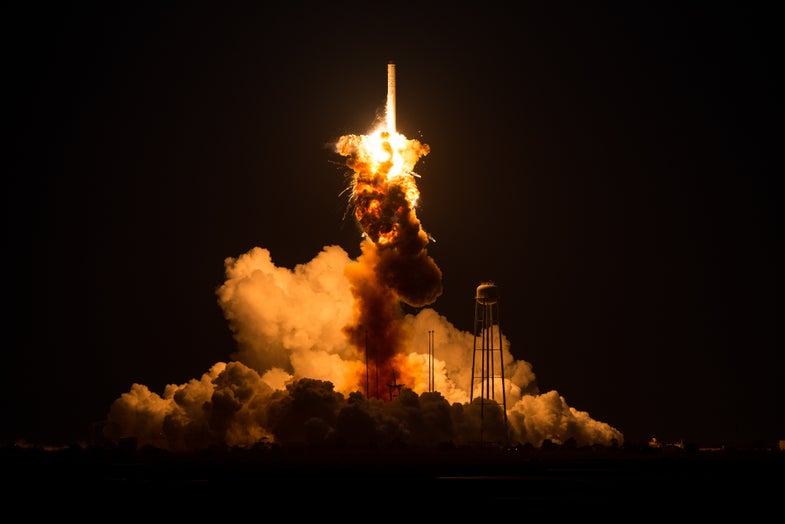 In the wake of the explosion of Orbital Science’s Antares launch vehicle last week, many were quick to point fingers at the rocket’s main engine hardware. The Antares’ first-stage rocket engine is the Aerojet Rocketdyne AJ-26, which is basically just a refurbished NK-33 – an engine made by the Soviets in the 1960s and 70s. Experts theorized that the five-decade-old engine design was most likely to blame for the destruction of the Antares, which exploded shortly after lifting off at NASA’s Wallops Flight Facility in Virginia on October 28.

Well, it turns out those suspicions were spot-on. An investigation into the source of the disaster highlighted a potential “turbopump-related failure” in one of the two AJ-26 engines, Orbital Sciences confirmed Wednesday. Given this discovery, the company said it will most likely discontinue use of these engine types for future versions of the Antares.

“We intend to move forward safely but also expeditiously to put our cargo program back on track.”

Meanwhile, Orbital Sciences is moving forward on fulfilling its obligations to NASA. The company has a contract with the space agency under the Commercial Resupply Services (CRS) program, which requires Orbital Sciences to provide NASA with a minimum of eight cargo transport missions to the International Space Station. Last week’s failed launch was meant to be Orbital Sciences’ third resupply mission, so the company has to figure out how get at least five more rockets up into space.

To do this, Orbital plans to buy new rockets from an unknown supplier, Reuters reports. These vehicles will deliver the company’s Cygnus cargo spacecraft to the ISS for one or two missions in 2015. Then in 2016, Orbital hopes to introduce a new-and-improved version of the Antares, which will include an upgrade to the rocket’s propulsion systems (and a lack of AJ-26 engines). The company claims these changes will somehow consolidate their remaining five launches into four, and they will come at no increased cost to NASA, since an update to the Antares engines had already been planned for 2017. The plan will also puts Orbital on track to complete its CRS contract by 2016.

“We intend to move forward safely but also expeditiously to put our CRS cargo program back on track and to accelerate the introduction of our upgraded Antares rocket,” said Orbital CEO David W. Thompson.

While Thompson didn’t specify which company Orbital will be buying its temporary rockets from, he said the potential candidates include two U.S. launch providers and one European company. Viable companies include SpaceX, which would be ironic, since SpaceX has its own CRS contract with NASA to provide 12 cargo resupply missions to the ISS.