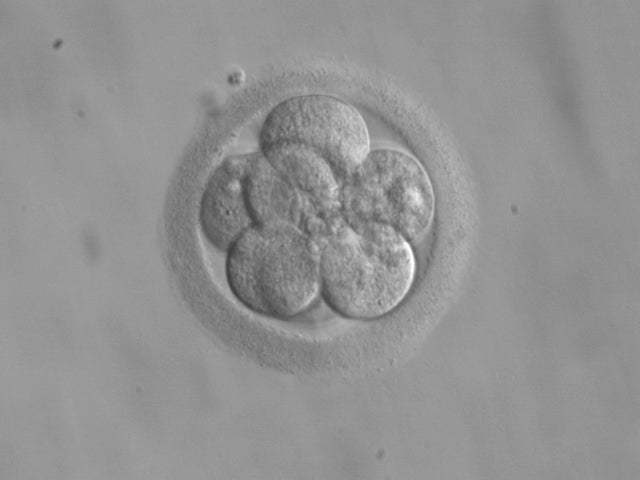 Ever since CRISPR—the relatively cheap and easy-to-use genome editing technique—made its way to the scientific stage, researchers have grappled with one of its biggest ethical quagmires: Its ability to edit human embryos, thereby potentially altering the DNA of subsequent generations. The question of whether to allow such a drastic and permanent change has been discussed ad nauseum since it became clear that CRISPR would make this (relatively) easy to do. This week, a panel of experts from the National Academy of Science released a report endorsing this type of research—though a long list of caveats and precautions come in tow.

The report, which can be read here, is the culmination of talks that began at the Gene Editing Summit in Washington D.C. in December, 2015. The multi-day meeting was meant to be an initial step to start a conversation over gene editing, and included leaders from the U.S. as well as the United Kingdom and China, whose researchers are also heavily involved in studying the use of CRISPR on human genomes.

As we reported last year, the summit leaders concluded that while somatic cell genome editing—where edits are made to cells that are not involved in reproduction, and so can’t be passed down to future generations—should proceed. But they heavily cautioned against the use or CRISPR on germline cells—ones that can be passed down to future generations—as well as on human embryos. Research in this area was still in its infancy, they said, and more work needed to be done to better understand the risks before any experiments could proceed.

The committee’s latest report is not all that different from the one issued in 2015. However, their stance on editing embryos is more clear: The panel supports editing human embryos, but only under very specific circumstances. First, proper research needs to be conducted so that geneticists and doctors have a clear picture of the risks associated with this practice. Once that is understood, this editing should only be done to treat a disease or disability, and only if no other “reasonable alternatives” exist. Basically, if there is any other way to treat the embryo’s condition—including waiting until the baby is born and then successfully editing their non-reproductive cells to cure the disease—then doctors should go that route. This narrows down the potential candidates to a very small pool: those babies who are guaranteed to have an incurable disease based on their parents’ genes.

Though worries of “designer babies” still loom, even this caveat-filled acceptance of human embryo editing will take some time to bear fruit. Researchers still have to figure out how to minimize and eliminate “off-target effects”, where the technique edits the wrong area of the genome.

Even once the kinks are worked out (which will take at least a few years) it’s unlikely that any regulatory organization in the United States will allow the technique to be used for anything other than treating disease. As of right now, the government prohibits the Food and Drug Administration from reviewing research that involves heritable gene modification. Even so-called “three-parent babies”—which are produced with relatively tame gene-editing techniques (and not with CRISPR)—are off-limits in the country. One U.S. doctor recently traveled abroad to conduct such a procedure, which led to a seemingly healthy birth.

So it’s unlikely that designer babies or genetic enhancement clinics are going to pop up anytime soon. But CRISPR research is moving at a rapid pace. In fact, other countries, like China, that have fewer regulatory hurdles in place have already tested CRISPR out on human embryos (although not ones that could be fertilized and brought to term). It remains to be seen how quickly the United States and others will follow suit.