The frontier of science is looking inward to fix what ails us. 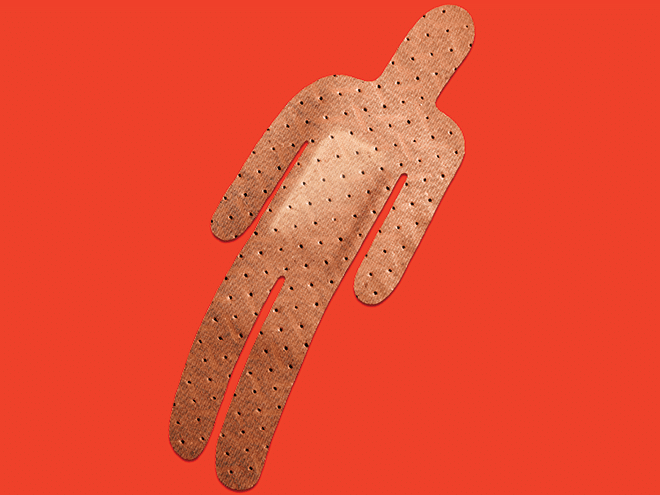 Ever since a savanna dweller first slapped mud on a wound to ward off flies—and infection—our frail human bodies have relied on creative intervention to survive. Science has since come up with all manner of potions and procedures (from aspirin to organ transplants to bionic knees) to keep us from falling to pieces. But it turns out the body might be its own best pharmacy; each one of us possesses internal stores of life-extending remediation. Scientists are now learning to access those once locked and guarded inner warehouses to nudge us toward durability. Witness the frontier of using the body to fix itself. From supercharging our immune systems to bolstering protective microbes in our guts to tweaking our genes, medical research is now enhancing our own defenses and self-­repair mechanisms. And not just in terms of immediate threats but future ones too—in some cases protecting generations down the line. Nowhere is this more evident than in the booming immunotherapy field for cancer treatment, in which geneticists soup up the body’s own defense system to fight off life-threatening illness. In August, the FDA approved one of the most advanced techniques, Kymriah, making it the first gene therapy to reach the market. With it, doctors can extract T cells from a patient, train the cells in a petri dish to fight cancer, then re-inject them into the body where they go to work as world-class tumor bullies. The newly armed immune system could remain a lifelong powerhouse, preventing that cancer from coming back.

But wielding immunotherapies is still tricky. For now these tools can defeat certain cancers but not others, cure some patients but not all. This year alone, researchers undertook an astonishing 1,000 or so clinical trials to address these and other challenges. “The reason a thousand trials are going on is because they’re mixing and matching everything they can get hold of,” says Jeff Bluestone, an immunologist at the University of California at San Francisco and head of the Parker Institute for Cancer Immunotherapy. These trials will eventually identify more-specific targets. “We’ll see a much more scientific approach to learning from people who failed treatment.”

This year also saw the culmination of the Human Microbiome Project, a decade-long effort by 53 research groups to assemble something like an Audubon guide of all the microbes inhabiting our mucosa. This newfound knowledge about all the bacteria, yeasts, parasites, and viruses that live in our guts, on our skin, in our mouths and nasal passages, and in our urogenital tracts is helping researchers devise fixes for things that once took years of medication.

With that knowledge, scientists are trying to go one step further. They are attempting to reprogram microorganisms to release natural antibiotics, anti-inflammatory molecules, and protective proteins. For example, lab ­researchers have engineered a benign E. coli strain to detect specific lipids found in a form of bacteria called P. aeruginosa, a drug-resistant pathogen that can infect humans and cause pneumonia. The harmless E. coli finds and kills these invaders. In concept, such “smart bacteria” could remain in a ­person’s body for life, detecting and preventing disease.

As self-repair techniques improve, the development of powerful and precise methods for modifying the human genome is about to take biomedicine into its second generation. A few weeks before the FDA OK’d Kymriah therapy, Oregon researchers revealed in the journal Nature that they had used the gene-editing prodigy CRISPR-Cas9 for the first time to edit out a heart-disease gene in human embryos (though its success is still being debated). CRISPR and other gene-editing techniques introduce a deliberate break into a cell’s DNA, and then let the body’s own DNA self-repair mechanism take over. Not only can these techniques help mend an inherited defect in an individual, but if applied to so-called germ-line cells, the body can overwrite the faulty code in successive generations of offspring. That means that by fixing a mutation at inception, genes can then pass on the fix—like a software patch—for ages.

What this all means is that the answer to curing disease might not lie in an operating room or a pill but within bodies. By tweaking them in the right fashion, we might be able to control cancer, delete genetic diseases, and better treat chronic illnesses to live longer, higher-quality lives.

In short, it’s a self-empowering time for every body.