Table fun for friends and family. 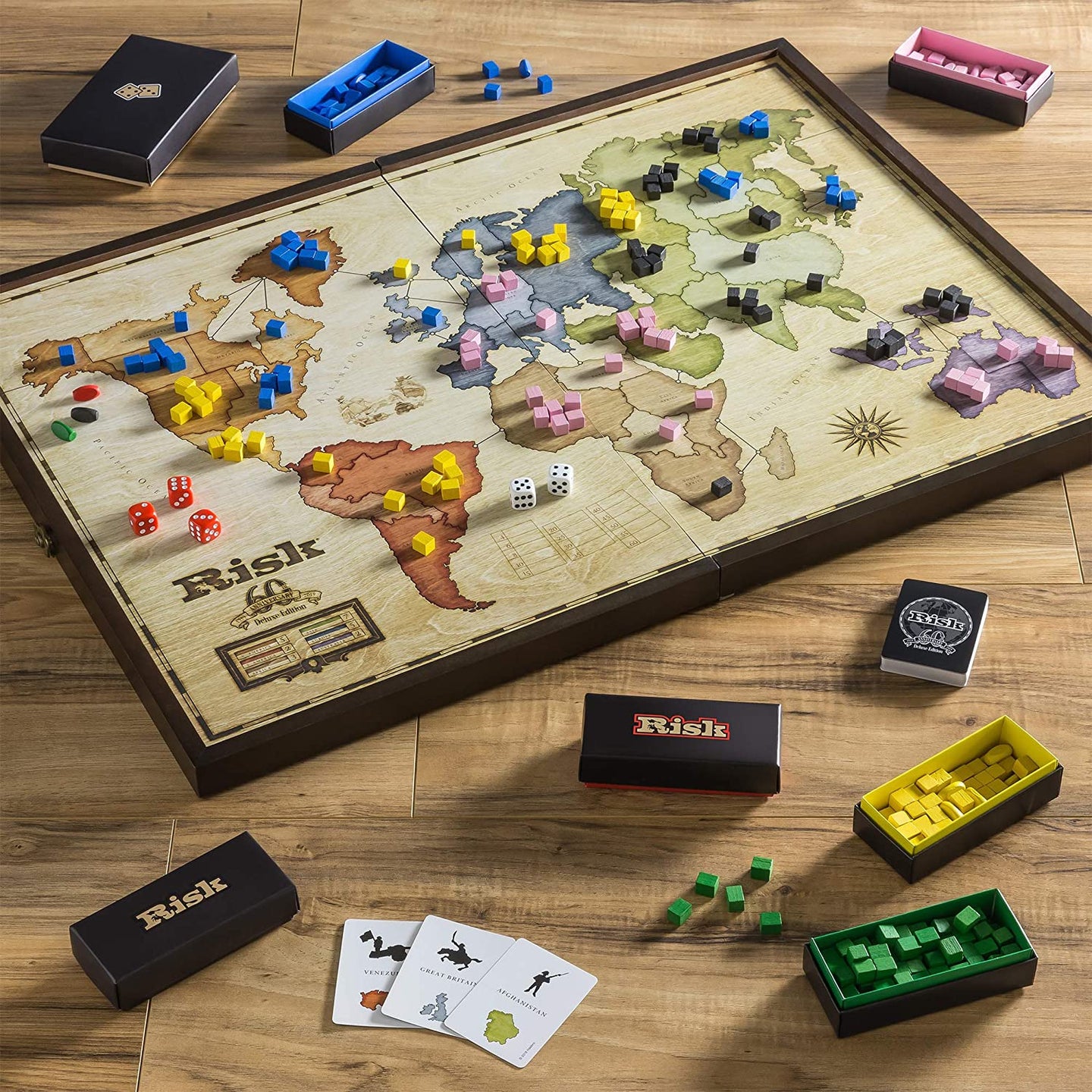 Board games deliver classic fun for friends and family. Today, many companies manufacture deluxe, anniversary, or other special-event editions of their games. They’re often made of wood, metal, or glass, or feature interesting themes and tie-ins, nostalgic designs, or fun and useful gimmicks that set them apart from the run-of-the-mill cardboard versions most people have in their closets. Here are four editions of some classics that we think stand out from the crowd and make perfect gifts.

Who killed who, with what, and where? You’re the detective in this classic game of whodunit! This retro edition of Clue pulls out all the old stops, with the classic wooden tokens, die, and throwbacks weapons. It’s all the same fun in a cooler, nostalgic package.

Risk is a classic game of strategy and world conquest, and this officially licensed 60th Anniversary Deluxe edition is the perfect gift for all the would-be empire builders in your life. It features a folding wooden game board with a recessed playing area and classically-designed graphics. The board doubles as a storage case with locking closure that’s perfect for holding the six sets of wooden armies, 44 Risk cards, and five dice.

This update on the classic game of capitalism stars everyone’s favorite princess-rescuing plumber, Mario. With graphics lifted straight from the Super Mario Bros. Nintendo game, this collector’s edition features six 8-bit style tokens of Mario, Luigi, Princess Peach, Toad, Super Mushroom, and One-Up Mushroom. Players buy, sell, and trade properties from all eight SMB worlds, and Monopoly’s traditional houses and hotels are replaced with flags and castles. The game board is decorated with the nostalgic video game graphics—you can practically hear the Super Mario Bros. theme song playing in the background as you force your opponents into poverty!

This is a great gift for introducing family and friends to the earliest board games. The simple, but handsome, wooden set includes playing surfaces and pieces for chess, checkers, cribbage, and backgammon, and also includes dominoes, playing cards, dice and other accessories. The set doubles as a storage box, and it’s small enough to easily store away in a closet or on a shelf. But it’s also nice enough to leave out and admire until the next time people are inspired to play some games.