PlayStation 4 Review: A Lot Of The Same

The PS4 feels a little too much like the PS3. 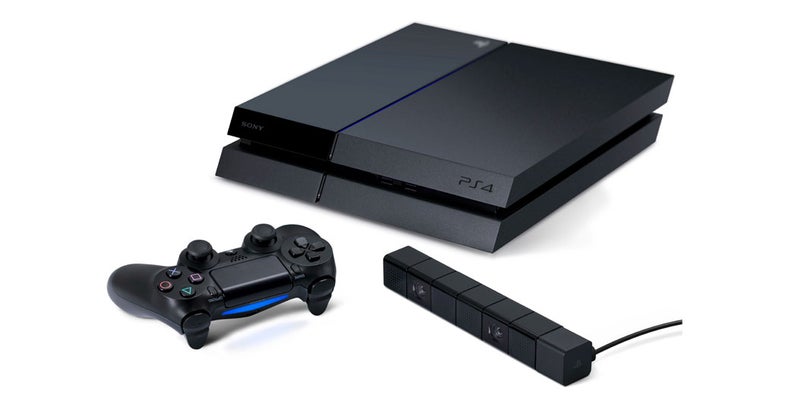 Remember: you don’t really love your PlayStation. You love the games, and the PlayStation–now on its fourth incarnation–is the boxy black vessel for those games. You don’t love the box any more than a toaster that plays Netflix.

This is important to remember, since the PlayStation 4 as a system feels so, so much like the generation before it. Imagine staring at both as they sit below your TV, then imagine Tommy Lee Jones sauntering in and Men In Black-style brain-wiping the last console out of your skull. You will not be able to determine The Future of Gaming and the soon-to-be obsolete.

If you’re reading and comprehending this, you’re likely old enough to remember the PlayStation 3. And I’d guess you’ve changed a lot more in the past seven years than Sony has.

The PlayStation 4 is actually a radical departure in a few ways–it’s just debatable whether all of those ways are positive. On top, it looks half matte, half almost-laminated. A crack along the front contains all of the stuff, like the two USB ports where your controller can charge. To play a game on a disc, you insert it into the PlayStation 4’s gaping maw, like a sacrifice to the gods. The crack glows blue while it’s on, and orange when it’s in standby mode, waiting for your next commands. The whole thing is slanted in front, like it got stuck in a wind tunnel for an hour.

Here’s the weird part: there are no buttons on the console. Like, at all. Not even a fake power sign you put your thumb over. You touch the top half of the crack to turn it on, and the bottom to eject the game disc. This is fine when you figure it out, but isn’t immediately apparent. I spent the better part of 10 minutes poking it like a _Space Odyssey _chimp at the obelisk.

There’s also a new controller. Stacked up to the last generation’s controller, it definitely looks sleeker–a little less angular than its predecessor, which, when viewed from the side, looks like an uncomfortable high-heeled shoe by comparison. There’s a “share” button on this generation, which, when pressed, lets players share a screenshot or video clip (the PlayStation 4 automatically records the last 15 minutes of play, _just in case _something happens that you have to show around). A lot of real estate in front is given to a touchpad. There’s a little mini-game loaded on to each PlayStation that uses this, but I haven’t quite figured out why it exists besides that.

Also: the controller-to-TV sensor on the front glows different colors. I like this. I do not understand why.

After you’ve cracked the mystery of How to Turn on the PlayStation, Nancy Drew, and added all of your information–Wi-Fi password, email address, etc.–you will be directed to the home screen. (Sold separately: the PlayStation Camera, which scans your face and detects when you’re around, and can be used to identify you automatically. For those worried the era of constant surveillance we’re living in hasn’t gone _quite _far enough yet.)

If you have a PlayStation 3, you will immediately understand almost everything about the navigation screen, because disappointingly little about it has changed, at least on the main screen. You click on the same cartoonish little icons to navigate: a smiling house-shaped box for your profile, two smiling squares to see the friends you’ve added. (The best one: a “messages” icon that features both an envelope _and _a speech bubble. Either would’ve done, but here you get two-for-one.) Tiles with real images on them also appear to take you to announcements about new games, info about games you’ve played, a web browser, and a feature where you can stream what you’re playing over the service Twitch and invite other people to watch.

You can also check out what your friends are doing, in a feature that, for better or worse, looks like a social network. See what your friends have been playing, what they’ve accomplished in their games, and so on. This isn’t a particularly beautiful interface, either: it’s a stream of faces and text-snippets floating down for as long as you feel like scrolling. (I’ve just previewed this last part–it wasn’t fully available for review.)

I was really hoping Sony would do away with the wavy blue background on the interface that makes you feel like you’re getting seasick on the digital ocean, but alas, it makes its return.

All in all, you can’t help but feel that a regular-old-update to the PlayStation 3 could’ve given us nearly the same interface, which is a bummer. 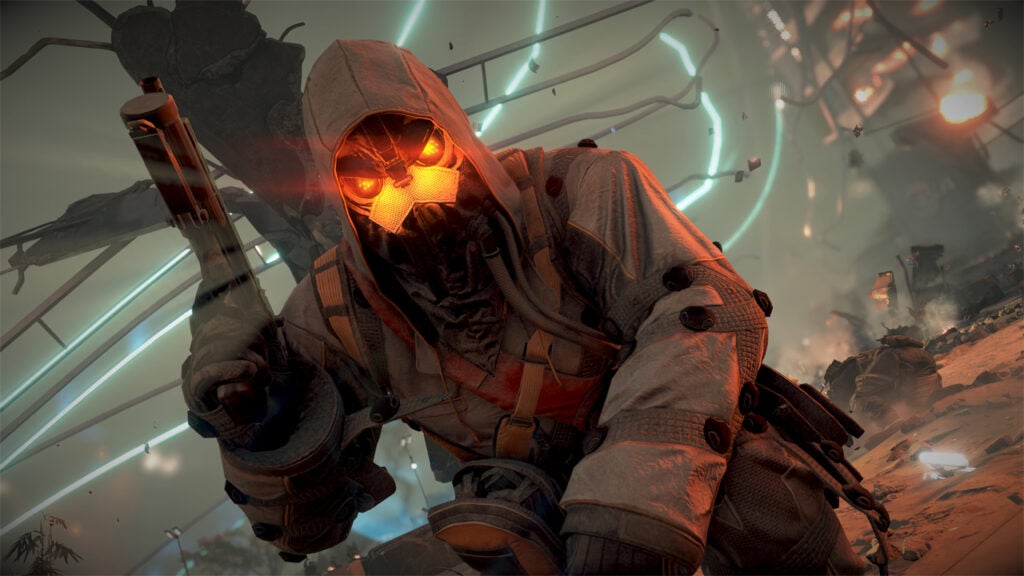 You’re probably either the type of person who cares about every spec in your machine, or you don’t care about them at all unless they translate into practical applications. Personally, I’m in the latter category. But in short: the PS4 is faster, able to render images better, and, yes, has some practical bonuses because of that.

In short, there’s a combination CPU/GPU system that splits up some of the work in the PS4. What does that mean? Mostly, that’s how we’ve got features like faster video processing. Also, the PlayStation 4 has an option for background downloads. Rather than sit and wait for a download to finish before you can start playing the game, you can hop right in after a certain percentage of it is finished. It’s like video buffering: you start watching before the entire video is really ready to be watched.

Also on board are two USB 3.0 ports. Here’s the biggie with those. The PlayStation 3, in some kind of egregious oversight, didn’t allow controllers to charge while the PlayStation 3 was turned off. Here that’s remedied. Even better: the battery life on the controller looks like it got an upgrade. I’m still waiting for mine to kick hours after a minimal charge.

There’s also a voice-control option in the PlayStation Camera you can use to start games or other features. Say, “PlayStation,” then the name of the game or certain functions and it’ll pop up. I’m not sure I totally understand the point of features like this. The last thing I want to do is exercise my vocal cords to select a game, especially when it’s a mere push of the control stick away. But there it is.

Games! Games. The most important part of any game console. The selection of titles available at launch is… pretty sparse, honestly. They’re almost exclusively sequels or games that are also appearing on the PlayStation 3.

The selection of titles available at launch is sparse.

Sony made a big deal at its announcement about the imminent arrival of the PlayStation 4-exclusive game Killzone: Shadow Fall, _a new installment in the popular sci-fi shoot-’em-up franchise _Killzone. Now it’s pretty apparent why: it’s the best representation right now of what the PS4 can do. The figures and landscapes on-screen are sharp, fully etched-out, even if it’s not as dramatic of a leap as PlayStation users saw between the PS2 and PS3. It just looks like a really lovely PS3 game. (I won’t go into too much depth on these, but especially not on this one, since the gameplay isn’t as breath-taking as the graphics. “Press R2 to kill him!”)

On the other end of the spectrum is a PS exclusive called Knack, which looks like something inspired by Pixar. You control a smart-mouthed monster called Knack. Knack punches out robots. It is fun. But also, definitely a game that could’ve easily appeared on the PS3 with very little lost. The characters and gameplay are like a high-quality animated movie, and no one would bat an eye seeing it on a past console.

Rounding out the launch-day lineup is the reliable B-list of gaming. You will find:

One great thing Sony is doing now, though, is selling all titles as digital downloads the same day they sell them as discs. The future!

Should You Buy This?

Unless you are desperately jonesing to play a game like the new Killzone, then no, or, at least, you should wait as long as you can. This doesn’t feel like a step forward; it feels like a step sideways. A nearly identical interface, a slew of sequels, and a design that’s not all there. (I was more fond of the Wii U, which turned out to be a complete commercial disaster, because it at least felt like something different.)

At some point, if you’re regular gamer, you’ll probably have to bite the bullet. A game will come out that you’ll _have _to play, and you’ll buy the console to play it. But remember: you’ll be doing it for the game, not the console.