The Titanic is now a photorealistic gaming experience

This super precise recreation shows VR has a future in history. 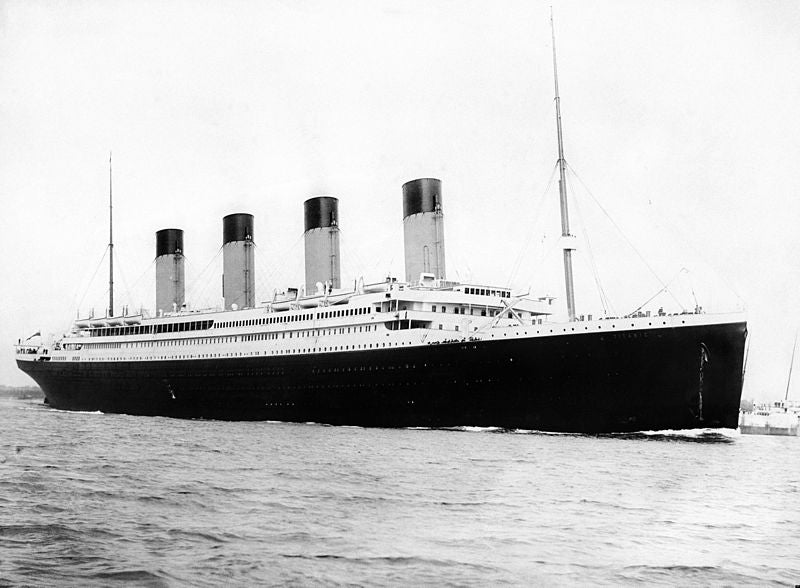 The real RMS Titanic may sit at the bottom of the Atlantic Ocean, but I’ve toured it many times. Chances are, so have you.

The modern mythology of its fated voyage means the mighty ship is never completely out of sight. The tragic romance of James Cameron’s 1997 film Titanic, the eerie 21st century submarine footage of its algae-eaten prow, and a century’s worth of PopSci coverage constantly recapitulating the icy geometry of that fateful night see to its continued relevance. But now that the virtual reality experience “Titanic Honor and Glory” has arrived, it seems those Hollywood glimpses and scientific inquiries were merely appetizers. (Cream of barley soup, anyone?)

The sweeping digital experience, created by the upstart team known as Vintage Digital Revival, has been labeled a “painstaking recreation”. In actuality, it’s more like a 2-D resurrection—miraculous and haunting in equal measure. “It’s been a very unique experience, especially since we watched these models and environments evolve from nothing, and now we get to walk around in our own creation,” says Tom Lynskey, creative director of Vintage Digital Revival.

In a recently-released demo, available for PC as a VR experience (you supply the headset) or a standard game, players enter the intact Titanic in a Belfast shipyard. Following an inspector aboard, you can currently see most of the first class public spaces, some of the third class spaces, and flashes of the boiler rooms. When funding is secured, Lynskey says they’ll outfit the rest of the ship and make it available to players. There’s no sign of impending doom here: it’s all ornate staterooms and touchingly mundane shots of the showers.

Despite its persistent cultural relevance, recreating the ship was surprisingly difficult. “The Titanic is very poorly-documented,” Lynskey says. “There’s probably less than 100 photographs.” To reconstruct the skeleton of the ship, the team blended together every known detail about the Titanic, every known detail about other ships owned by White Star Line, and every known detail about other ships manufactured by Harland and Wolff. “You know the famous grand staircase? There actually aren’t any photographs of it,” Lynskey says. “The photographs you see in stories are of its sister ship, the Olympic.” To stitch together the sumptuous interiors, they further researched drapery designers, radiator suppliers, and other popular brands of the day.

The result is a photorealistic gaming experience, with wood that gleams and wallpaper that shimmers almost as convincingly as Cameron’s film. Each recovered detail was built by the Vintage Digital Revival team, then imported into the game space using Unreal Engine 4. The full product suite for game designers brings together disparate components of a virtual world, and even manages subtle but crucial details like the proper cast of every shadow.

But it’s not all environmental. To round out the experience, the game’s creators intend to populate the world with some 200 passengers. According to Motherboard, the ship’s captain E.J. Smith and survivor Violet Jessop will be among the historic figures delivering this immersive infotainment. Descendants of such passengers are already sold: “We recently showed the environments to someone who knew the route her great-grandmother took leaving… and going to a lifeboat,” Lynskey says. “It was very emotional for her, and for others. She’s known the story her whole life—heard it from family passed down—and now she gets it to live it.”

All told, Titanic: Honor and Glory should engage everyone from full-grown engineering nerds to kids in a classroom setting. “To experience places you can never get to—either because they’re too far, another planet, even, or something that’s gone, or something in the future—the possibilities are endless with virtual reality,” he says.