Five rad and random games to play this Fourth of July 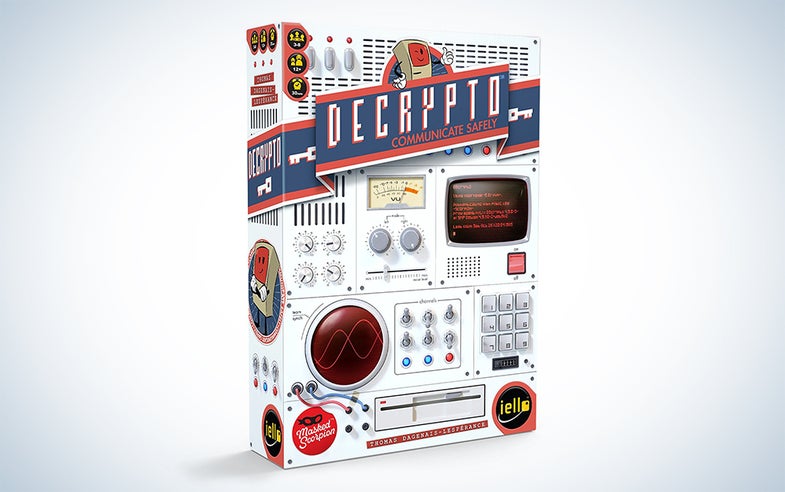 My job is to find cool stuff. Throughout the week I spend hours scouring the web for things that are useful or fun or ridiculously cheap. Often times, these choices coalesce into a guide of like items—for example, the ultimate guide to making cafe-style coffee in your own home or the best vacuums for any kind of mess. But I often stumble across some pretty awesome gear that doesn’t really fit into a list. So I made a list for those.

By the people who gave us Exploding Kittens. Amazon

While it might not sound like it, You’ve Got Crabs is a team family game—full of crab puns—intended for ages seven and up. You must collect four of the same card before any other team and secretly signal to your partner without anyone else noticing. To gain points, your partner must acknowledge your secret signal by yelling “you’ve got crabs.” If the other team deciphers your secret signal and scream the name of the game, you lose points. $25.

Decrypto is another game of deception and deciphering. The game takes about a half-hour—there can only be eight rounds—and requires between four and eight players. The two teams receive a notepad, a decoder screen, and four secret word cards that fit into the decoder screen. You’re trying to get your team to guess your words without being so obvious that the opposing team intercepts the message. $20.

Flickin’ Chicken comes with four rubber chickens that you toss across the room onto a target disc. The team with the lowest score at the end loses. It’s like corn hole but with rubber chickens. Split up the teams and good cluck! $20.

Shock Box is a game that tests your reaction speed. If you’re the last person to push a button on one of the four controllers, you’ll be shocked. This might not sound fun for the person being shocked, but it’ll be great for the friends watching. There are two shock intensity levels. The game requires three AAA batteries. $29.