Florida residents should prepare for the worst. 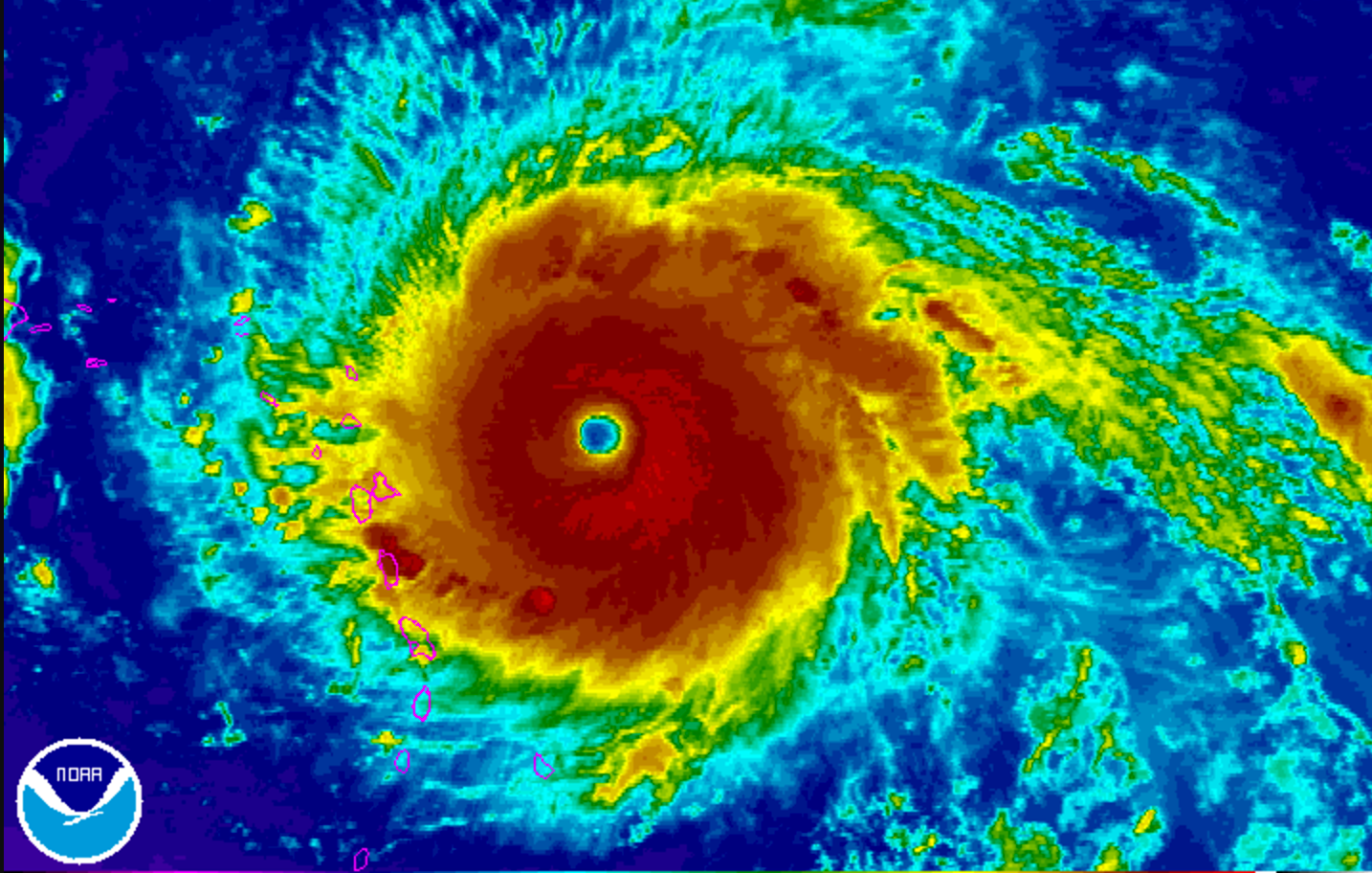 One of the most powerful hurricanes ever recorded in the Atlantic Ocean will soon slam into the Antilles before setting its sights on the continental United States. Hurricane Irma grew into a scale-topping Category 5 storm on Tuesday, making it the second major hurricane to threaten land in the past two weeks. It’s set to bring potentially catastrophic damage to parts of the Lesser Antilles (including Puerto Rico and the U.S. Virgin Islands) on Wednesday, steadily skirting past Hispaniola and Cuba until it approaches Florida this weekend as a large and intense hurricane.

Hurricane Hunter aircraft flying through the storm on Tuesday afternoon found 185 mph winds in the hurricane’s northern eyewall, which is approaching the upper limit for how strong a tropical cyclone can get in this kind of environment. Irma is only the fourth storm in the recorded history of Atlantic hurricanes to grow this strong, and the National Hurricane Center notes that it’s the strongest ever seen outside of the Gulf of Mexico or Caribbean Sea.

The hurricane is about as close as you can get to perfection—from a meteorological point of view. The eye is huge and mostly clear. The storm is almost perfectly symmetrical and has that “buzzsaw” appearance on satellite imagery, an ominous look resulting from a combination of rain bands and cirrus clouds forming as the storm vents air high into the atmosphere. There’s very little along the forecast track that could weaken the storm, aside from interaction with land and natural changes in the hurricane’s internal structure. Hurricane Irma is a powerhouse, and an extreme rarity in this part of the world.

Irma will approach Florida this weekend, but not before wreaking havoc on the islands that border the Caribbean Sea. The eye will move over or very close to Barbuda, Anguilla, St. Martin, and the British Virgin Islands on Wednesday (if the storm stays on its current track).

A storm surge isn’t the only flooding that’s possible: tropical cyclones that pass over the Antilles are notorious for unleashing life-threatening flash flooding and mudslides due to hilly terrain. More people die due to flooding than from any other hazard during such storms.

But it’s the end of that five-day forecast that’s churning so many stomachs here on the east coast. Forecasters currently expect a vigorous hurricane to approach the southern tip of Florida by Sunday. Most weather models have the storm making a sharp northerly turn by the end of the weekend, and based on current forecasts, this would take the storm over the entire length of Florida.

Hurricanes naturally tend to move in a northerly direction, but a strong ridge of high pressure over the Atlantic Ocean, known as the Bermuda High, is currently steering the hurricane toward the northwest. An region of low pressure approaching over the eastern United States will help weaken that high, causing Irma to abruptly change direction and follow its own path. Exactly when this sudden change in track occurs—along with small wobbles in its track over the next couple of days—will be critical in determining who sees the worst of Irma’s impacts here in the United States. An unexpected jog to the left or right of its current motion could have huge implications for the storm’s future.

With at least five days until Irma hits the United States, we’re too far away from a potential landfall to gauge its track with laser-like precision. It’s possible the storm will just barely miss land. But Irma could also inflict a disaster not seen since Hurricane Andrew came ashore in 1992. It’s going to be a long week of nervously watching and waiting—and reloading each run of the weather models to see what they have to say. Hurricane Hunter aircraft will fly through the storm almost continuously over the next week, and The National Hurricane Center will issue updates on Hurricane Irma every six hours or as they’re urgently needed.

The best thing to do is to prepare for the storm, whether you live on the coast or 100 miles inland. Officials in the Florida Keys have already issued a mandatory evacuation, as there’s only one road back to the mainland and hurricane shelters are closed when an approaching hurricane is a Category 3 or stronger.

As we saw with Hurricane Harvey a few weeks ago, it doesn’t take a direct hit to cause major problems, and not just coastal residents are at risk. Inland flooding is always a threat to life and property. Winds could topple trees and power lines, especially in areas where the ground is wet and soft from recent rains. Power outages are inconvenient at best, but can seriously disrupt your life at worst. Communities that see the worst conditions could be uninhabitable for weeks or even months, should the worst-case scenario plays out. Don’t panic, but do use the next five days wisely.