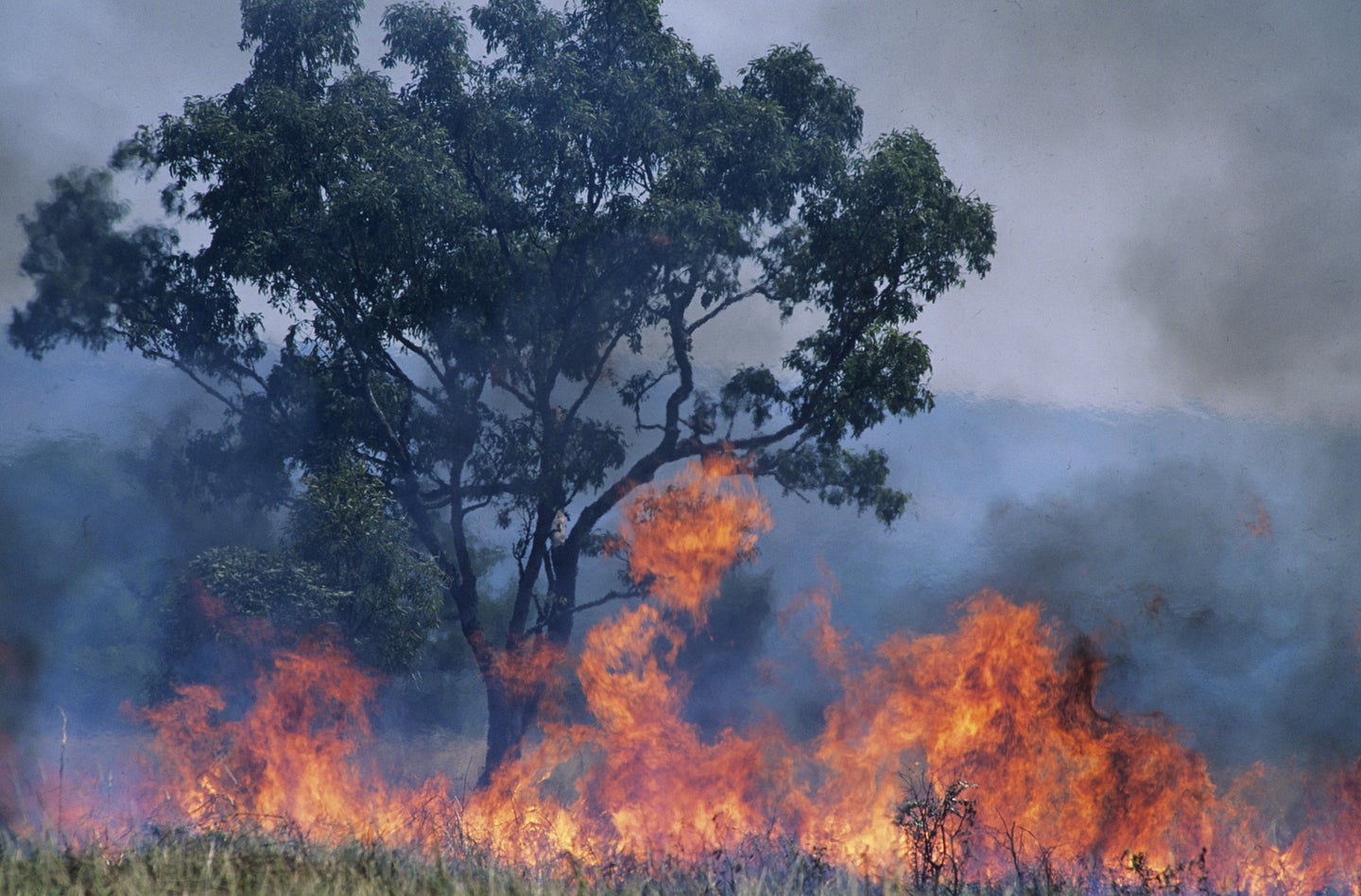 Bushfires are normal in Australia, but this season hasn't been normal at all. DepositPhoto
SHARE

The bushfires in Australia are so widespread they can be seen from space. On the ground, haunting images of burned wildlife and decimated forests have made it clear that in addition to threatening human life and safety, these fires pose a serious threat to biodiversity. But that conservation problem goes beyond the immediate suffering of individual animals.

The continent’s fire season started in September, and is still going strong. Bushfires are a normal part of Australian life, but these are unprecedented in size and duration, thanks to a drought that’s been going on since 2017 and a record-breaking heat wave. Millions of hectares have burned so far, killing an estimated half a billion mammals, birds, and reptiles, as well as an unknown number of insects.

Biodiversity and human survival are tightly linked: Without the networks of microbes, fungi, animals, and plants that sustain ecosystems, everything from the weather to global food supply is threatened. The consequences of such environmental collapse include runaway climate change, starvation and drought, and the spread of zoonotic diseases, not to mention the immense cultural losses created by extinction and the destruction of the places we call home.

Australia is one of the world’s biodiversity hotspots, but pressures like urbanization, invasive species such as domestic cats, and climate change-related heat waves and droughts are already putting its flora and fauna in peril. Scientists have long flagged protecting the biodiversity in Australia and other “megadiverse” countries as a global priority, and this year’s fire season is exactly the kind of existential threat they’re worried about.

“Fire is one of the major ecological processes affecting biodiversity globally,” conservation experts wrote in a journal article published in 2016. Species threatened by the current wildfires include iconic ones like koalas, possums, and kangaroos. But they also include many that are less well-known but just as important: Animals like the Kangaroo Island dunnart, Greater Glider, and Silver-headed Antechinus; and plants like the dark-bract banksia and blue-top sun orchid, writes Graham Readfern for The Guardian.

Australia’s fire season usually ends by May, with area temperatures generally peaking in January and February—so the worst may be yet to come. But even after this season’s fires are quelled by the arrival of cooler, damper weather, the impact on local animal populations could actually increase the risk of future catastrophe.

In parts of Australia, the 2016 study found, areas with resident “ecosystem engineers”—animals that help break down leaf litter and other flammable substances by eating them, using them to build nests, or simply stirring them up—experience less severe bushfires, both in terms of how high the flames go and how fast they spread. But when massive fires disrupt and destabilize ecosystems, those engineers can’t do their work. That means a higher likelihood of future fire seasons that match this year’s historic levels of devastation.

If you’re concerned about Australian animals, you can send money to organizations on the front lines. WIRES, Australia’s biggest wildlife organization, is caring for as many injured and orphaned animals as possible. The Port Macquarie Koala Hospital is seeking out injured koalas and rehabbing them while also setting up drinking stations in fire-ravaged areas. The World Wildlife Federation is also involved in koala conservation and wildfire response, and the Currumbin Wildlife Hospital is raising money for koala care and rehab.

Even individual Australians are stepping up to provide food and water for animals in fire-stricken areas. Although it’s normally a good policy to leave wild animals alone, this isn’t a normal time.