The weirdest things we learned this week: doctors drinking pee and telephones made of cats 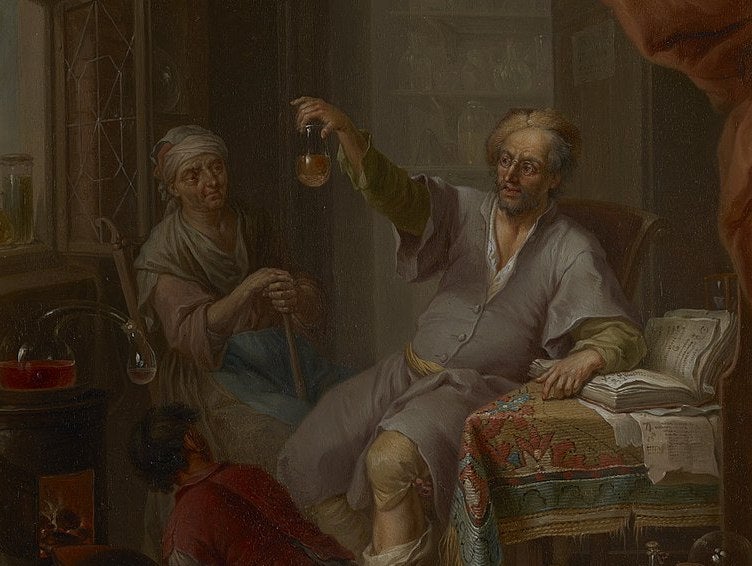 Fact: Doctors used to smell and even taste urine to diagnose all sorts of diseases

Doctors often take urine samples to diagnose their patients. But before we had modern lab tests, physicians would have to visually examine, smell, and even taste their patients’ pee to analyze it. In this week’s episode, I get into the fascinating (and sometimes gross) details of uroscopy, or the clinical examination of urine. The practice dates back thousands of years, and persisted until pretty recently. Of course, every medical therapy has its detractors. Naysayers were particularly turned off by the fact that diagnosing diseases based on urine color had a low barrier to entry, which is to say that just about anyone could get their hands on a diagnostic color wheel and start charging for medical services. This led to some pee-related quackery, and one famous paper went so far as to refer to urine as “a harlot and a liar.”

Tune in to hear all this and more, including a rundown of all the different colors your urine can be and what those colors mean. Purple urine bag syndrome is my personal favorite, though I wouldn’t recommend having it.

Fact: Cats and cochlear implants have something in common

The cat telephone might just be the weirdest fact I’ve found yet for this podcast. In 1929, a professor at Princeton named Ernest Glen Wever, along with his research assistant Charles William Bray, wanted to learn how sound travels across the auditory nerve. Naturally, they figured the best way to do this was to turn a living cat into a working telephone.

I’ll save you the gory details in this post, but the work was pretty fascinating, albeit morbid. And their results proved that analog sounds could be converted into digital files, laying the groundwork for cochlear implants.

I may not have won on this week’s episode, but I still feel like the cat telephone is the weirdest thing I learned this week, and maybe ever in my entire life.

Fact: A math problem that stumped at least 1,000 mathematicians has an incredibly simple answer

In a 1990 issue of Parade magazine, columnist Marilyn Vos Savant published a brain teaser known as the Monty Hall Problem. It was based on a similar problem presented in the 1970s game show, Let’s Make A Deal.

Once published—with answer key included—it caused such an uproar that almost 1,000 mathematicians from universities across the country called and wrote in to tell her she was wrong. Spoiler: She was absolutely correct.

Here’s how it went: Suppose you’re on a game show, and you’re given the choice of three doors. Behind one door is a car; behind the others, goats. You pick a door (let’s call it door number one) and the host, who knows what’s behind them each, opens another door (number two). This one has a goat. He then says to you, “Do you want to pick door number three?” Is it to your advantage to switch your choice from one to three?

Most people think it would not be to their advantage to switch. Listen to this week’s episode of Weirdest Thing to understand why that’s wrong, why you should always switch, and why despite knowing they should switch, most people still won’t.