The Human Face Is Now Officially An Organ 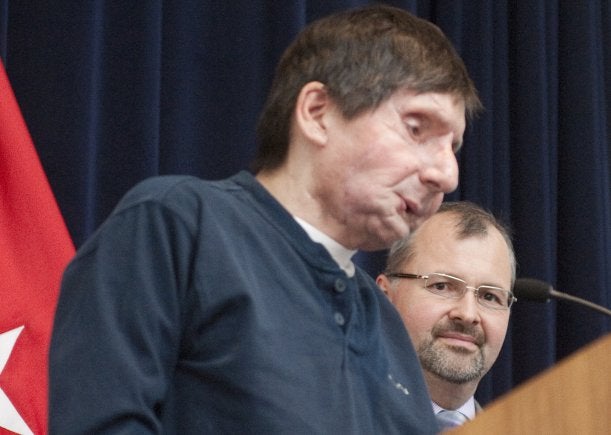 The human face is now officially an organ, at least according to a change in U.S. federal health policy that went into effect last month. The change codifies faces as transplantable, and thus could make the process easier to perform from a bureaucratic point of view. The first facial transplant in the United States took place only three years ago, on Texas resident Dallas Wiens.

Here are the details, as described by the medicine and science site Somatosphere: The agencies that oversee America’s transplant system–the Organ Procurement and Transplant Network and the United Network for Organ Sharing–have defined the face as a VCA organ. This stands for “vascularized composite allograft,” which refers to the various types of tissue that accompany a transplantation, such as skin, muscle, blood vessels, and nerves. These transplantations are complicated and usually require putting patients on immunosuppressant drugs to get the body to accept the new tissue as its own.

The law has some (academic but still interesting) implications, as Somatosphere notes:

Far out! For what it’s worth, other studies already established the visage’s organ-ness: The “human face is a highly specialized organ for receiving the sensory information from the environment and for its transmission to the” brain, one 2011 study noted.