Do Your Potato Chips Have A Security Flaw?

The microvibrations of a nearby snack food bag can let observers eavesdrop on conversations. 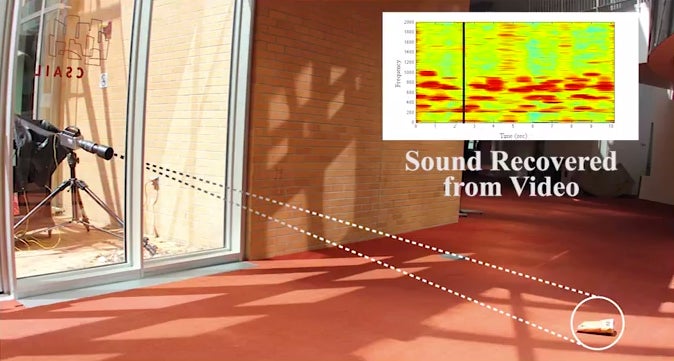 Well, this is a bit creepy: Researchers have shown that they can recover various types of audio, including human speech, by filming and analyzing the tiny vibrations that sound creates in objects nearby. In one example, a person recited words, and this sound vibrated a nearby bag of potato chips. The researchers filmed the bag of chips with a high-speed camera, through sound-proof glass, and were then able to reconstruct what the person was saying with relatively good quality–you can make out the words, and recognize the person’s voice.

Check out the video explaining the research, mostly done at MIT, here:

The scientists could also reconstruct speech and sounds by filming vibrations on the surface of glass, aluminum foil, and even a house plant, according to the statement.

For these analyses, the researchers used a high-speed camera that captures 2,000 to 6,000 frames per second. But they showed that an impressive amount of information about the audio (although not its content) could also be recorded with a regular DSLR that films at 60 frames per second: the gender (and possibly even the identity) of the speaker, as well as how many people are talking.

This is the most impressive–and somewhat disconcerting–demonstration of eavesdropping without a microphone that I have seen. But there are also laser “microphones” that can reconstruct speech or audio by measuring vibrations in objects near a speaker, from a long distance away.

The researchers will present their work at SIGGRAPH, the computer graphics conference.