This Is Where North Korea Just Tested A Nuclear Weapon

Right next to the helpfully named "Nuclear Test Rd." 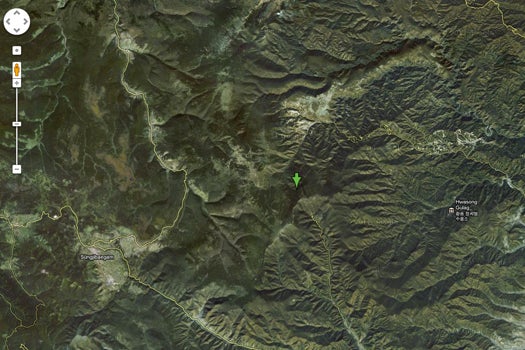 North Korea tested a nuclear weapon late Tuesday for the third time ever, and this is where it happened. After the test, a slight tremor rolled through North Korea’s mountains, and the U.S. Geological Survey picked it up, along with its exact location. The Washington Post went ahead and used those coordinates to map it with Google’s new data on the country.

Some parts of this aren’t all that surprising. The location is where North Korea conducted its last two tests–one in 2006 and one in 2009–and its right next to a known nuclear test facility. What is surprising, and a little funny, is some of the user-generated data associated with the site. Without an official North Korean name to plug in to the maps, Google users in the country (like someone who wanted to bring attention to nuclear activity) are open to suggest their own, and sure enough, nearby is “Nuclear Test Rd.” The Post points out that the road eventually disappears, presumably going underground near the test facility. 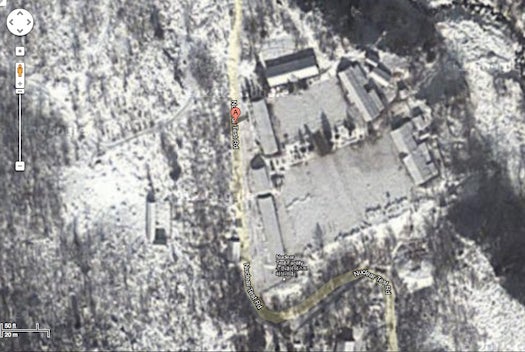 Nearby is what’s probably North Korea most infamous concentration camp, Hwasong Gulag, also known as Camp 16, which is one of the camps we got a view of when Google released its images of the country.

Scary? A little, maybe, but at least we’ve seen something similar before.