Imagine crawling out of bed and seeing a gigantic red Mars instead of the Sun. That’s basically the situation for... 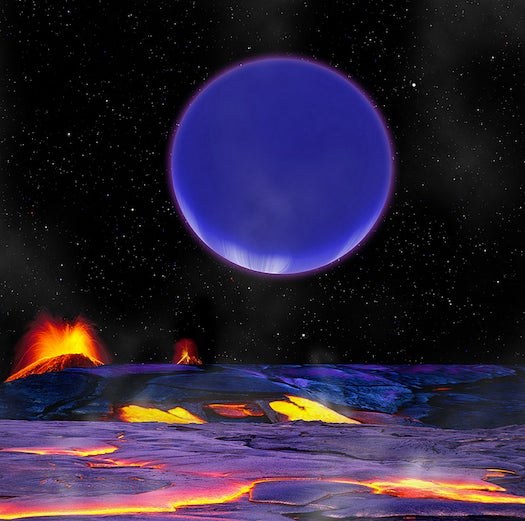 Imagine crawling out of bed and seeing a gigantic red Mars instead of the Sun. That’s basically the situation for two newly discovered planets. Astronomers working with NASA’s Kepler Mission recently found them 1,200 light years away, and they’re 30 times closer than any pair of planets in our solar system. Actually, the scientists aren’t totally sure how that happened–just another sign that our solar system is not the only way planets can be arranged.

One is a rocky planet 1.5 times the size of Earth and 4.5 times the mass; the other is a gaseous planet 3.7 times the size of Earth and eight times the mass. How two planets with disparate densities like that made their way into or stayed in such close orbit is a puzzle for right now. It’s pretty odd behavior, at least compared to here in our solar system, where the rocky, warm planets like Mercury and Earth stay close to the sun while the icy ones keep their distance. There are still some knowledge gaps when it comes to planetary orbit and rearrangement, and researchers are hoping this sparks some discussion.