Australia Lets A Military Drone Fly Free On The Coast

Just warming up for a military exercise 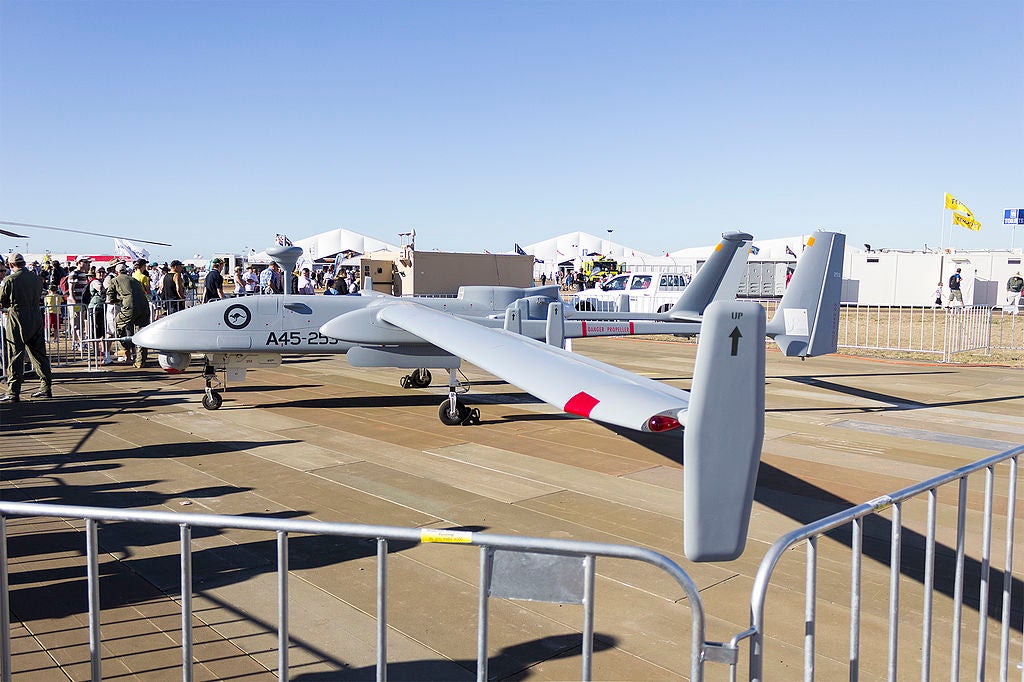 For the first time ever, an Australian military drone is getting permission to fly in normal skies. In May, Airservices Australia, an Australian government-owned company that coordinates traffic up above the Down Under, signed an agreement with the Royal Australian Air Force to let some military drones fly beyond restricted airspace, giving it more room to roam and letting Australia know how it works in real military exercises. Freed from legal restrictions, the RAAF is flying the drone along its eastern coast in preparation for joint military exercises with the United States.

“Talisman Sabre” is an annual military American/Australian military exercise (and somehow not an arcade game from the 1980s). The Twitter account logo for the exercise prominently features tanks, Super Hornet fighter jets, V-22 Ospreys, and an aircraft carrier. Joining those vehicles this year will be Israeli-made Heron drones, used by the Australian military.

The Heron takes a crew of up to eight to fly, including a pilot, and doesn’t carry any weapons. It can fly for up to 24 hours, with a maximum speed of 115 mph and at heights of around 30,000 feet. Australia has two. They’re intended as placeholders until America is ready to export its Triton drone, a maritime version of the long-flying Global Hawk. The Triton contract is slow-moving, so for now, it makes sense to practice for war with what’s on hand, and that includes the Heron.