This New Bio-Inspired Material Harvests Water Out Of Thin Air 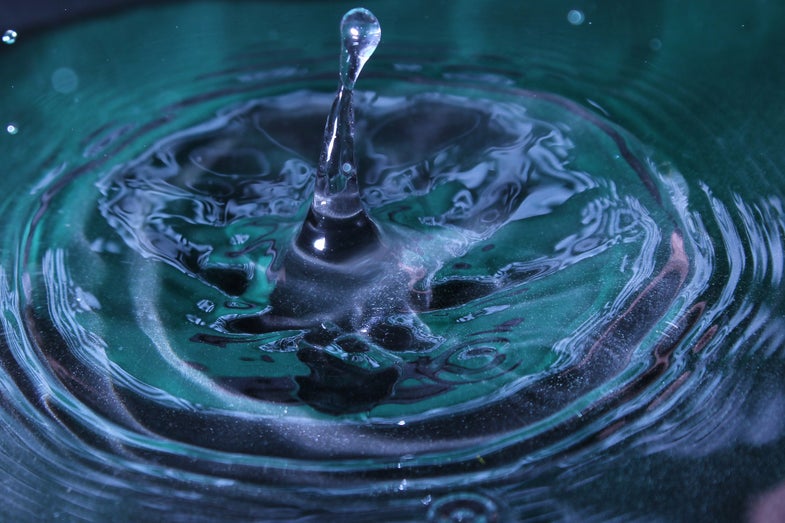 What do you get when you combine a beetle, a cactus, and a pitcher plant? A whole new way to harvest water out of thin air.

In a paper published today in Nature, researchers explain how they combined the water-collecting traits of two desert-dwellers (a Namib desert beetle and a cactus) to create a new material adapted to pull water out of the air — even really warm air that would normally be very difficult to retrieve any water from.

The beetle’s contribution to the textured material was the design of the bumps, which grow on its back. These bumps not only allow water to condense more quickly, but also cause it to form larger droplets, which are easier to retrieve than droplets formed on a smooth, flat surface.

But once the water droplets condense on the bumpy surface, where do they go? That’s where the cactus comes in. By mimicking the asymmetrical spikes of a cactus, the researchers were able to develop a texture that swiftly funnels water droplets into even larger drops, even moving them against gravity to collect every last drop from the surface.

A third biologically-inspired trait was incorporated from a pitcher plant, a carnivorous plant that traps small prey in a bulbous opening. The researchers added a coating that mimicked the slippery interior of a pitcher plant, which allowed the new material to drain water even quicker.

The technique could be useful in areas where every drop of water counts, letting communities in arid places harvest water from the air. It could also be useful in more industrial applications like desalination plants, dehumidifiers, and other machines where it is useful to get water out of the air quickly.

In order for any of that to happen, however, researchers will first have to figure out how to incorporate the biology-inspired designs into industrial manufacturing, a process that could take quite some time.